Home » Politics » California just made a new law to reduce police shootings, but even supporters aren't sure it will save many lives

SACRAMENTO, Calif. (AP) — Spurred by the fatal police shooting of a young unarmed black man that roiled California’s capital city, state lawmakers approved changes to the nation’s oldest law governing when officers can use deadly force and it was signed by the governor Monday, though even supporters aren’t sure it will save many lives.

“It’s an open-ended question,” Gov. Gavin Newsom said after adding his signature to the bill during a ceremony in an open courtyard to hold the crowd of legislators, family members of those killed in police shootings and advocates, many of them black or Latino. “This is remarkable to get to this moment on a bill that was so controversial, but it means nothing unless we make this moment meaningful.”

Supporters and law enforcement officials said the new standards, which take effect Jan. 1, are among the nation’s most comprehensive when combined with more police training. But they must be coupled, Newsom said, with cultural and systemic changes including more transparency and a rebuilding of trust with the community.

California’s old standard made it rare for police officers to be charged following a shooting and rarer still for them to be convicted. It was based on the doctrine of “reasonable fear,” meaning if prosecutors or jurors believed officers had a reason to fear for their safety, they could use lethal force.

Police will be allowed to use deadly force only when ‘necessary’ 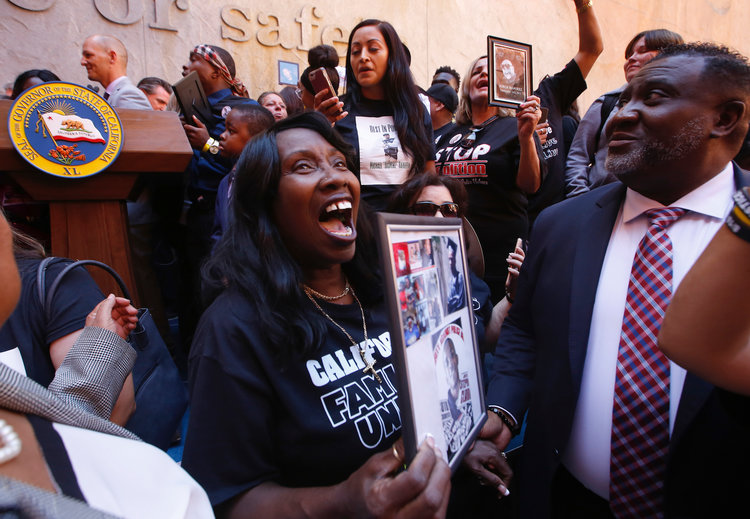 Sequitta Thompson, the grandmother of Stephon Clark, an unarmed vandalism suspect who was shot and killed by two Sacramento police officers last year, celebrates after Newsom signed the bill into law.AP Photo/Rich Pedroncelli

The new law will allow police to use deadly force only when “necessary” to defend against an imminent threat of death or serious injury to officers or bystanders.

It passed with bipartisan support after major police organizations won concessions and ended their vehement opposition.

Lawmakers dropped an explicit definition of “necessary” that said officers could use maximum force only when there was “no reasonable alternative.” They also removed an explicit requirement that officers try to de-escalate confrontations. Law enforcement officials said that would have opened officers to endless second-guessing of what often are split-second, life-and-death decisions.

The bill’s lead author, Democratic Assemblywoman Shirley Weber of San Diego, said the major elements of the bill “are still there, and they will make a difference in California and the nation.”

The measure still contains the strongest language of any state, according to the American Civil Liberties Union, which proposed the bill and negotiated the changes. 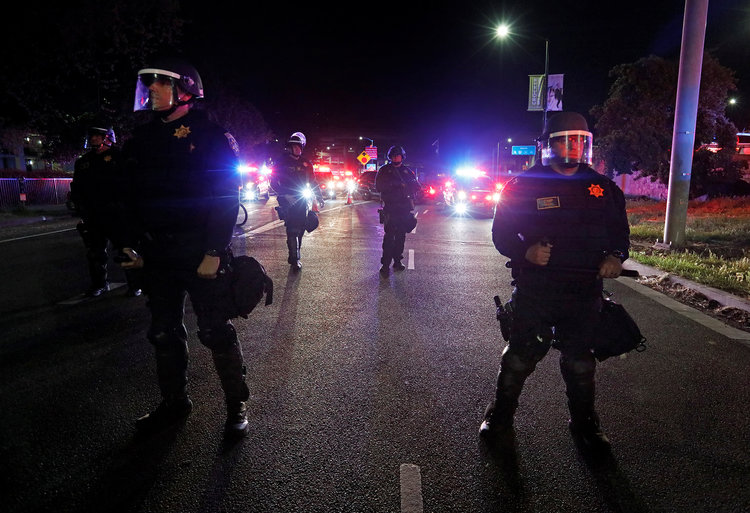 A more significant deterrent is a pending Senate bill requiring that officers be trained in ways to defuse confrontations, alternatives to opening fire and how to interact with people with mental illness or other issues, said California Police Chiefs Association President Ron Lawrence.

“Officers, when they’re in that moment of fight or flight … they’re going to resort to muscle memory and what they’ve been trained to do,” said Lawrence, chief of the Citrus Heights police department in suburban Sacramento. “Are they going to worry about the law and potentially being criminalized? Of course, but at the end of the day they’re going to resort to the way they’ve been trained.”

The fatal shooting of Stephon Clark inspired the law 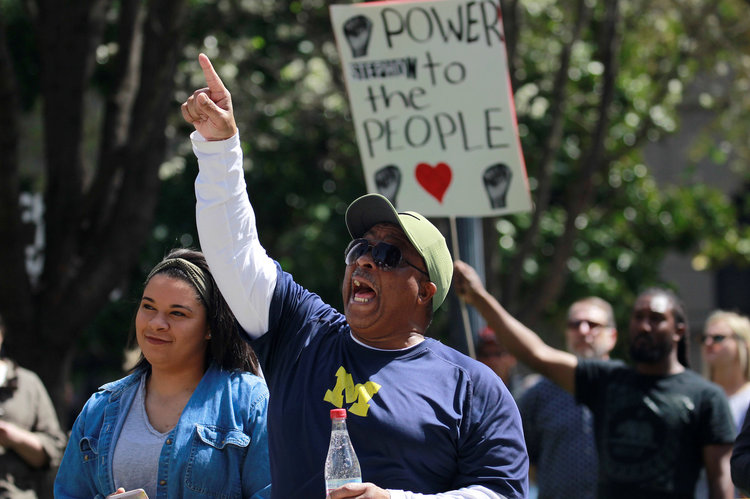 Read more:Autopsy diagram shows the spots in Stephon Clark’s back and side where he was shot by Sacramento police

One catalyst was last year’s fatal shooting of Stephon Clark, whose death sparked major protests in the state capital and reverberated nationwide. Sacramento police chased the 22-year-old black vandalism suspect into what they later learned was his grandparents’ backyard, firing 20 times when he turned with something in his hand that turned out to be a cellphone. Clark’s relatives were among those at the signing ceremony.

“It’s a false sense of security to those that think this is going to shift the needle,” Obayashi said.

Robert Weisberg, co-director of the Stanford Criminal Justice Center and an expert on use-of-force law, said he expects even the scaled back law to make a difference.

“The original impetus, of course, was to have a very, very dramatic change in the law which would significantly limit the legal power of the police to use lethal force,” he said.

But the standard already set by court rulings is that officers must have thought in the heat of the moment that deadly force was necessary, so the law’s new language “is really a kind of nominal and maybe symbolic change,” Weisberg said. “It’s still all going to be about what is reasonably necessary.”

Yet it may prompt a new attitude by police, prosecutors and the public, he said, making it less likely that police will shoot first and more likely that they could be prosecuted and convicted if they do.

“I don’t want to cast doubt on the ability of this law to change attitudes and to change police behavior,” Weisberg said. “I think that it will.”