The American Accountability Foundation (AAF), a conservative nonprofit, filed the complaint against Swalwell on Thursday, citing recent reports on the congressman’s campaign expenditures.

“The American people rightfully expect elected officials to spend their time in Washington serving constituents instead of themselves,” AAF director Matthew Buckham told Fox News in a statement. “We all see through political elites like Eric Swalwell, who think they are above the law to use campaign funds as a private piggy bank for their own personal leisure and entertainment.”

The complaint, exclusively obtained by Fox News, alleges that the Swalwell campaign’s FEC reports suggest “anomalies in campaign expenditures that raise troubling questions as to whether campaign disbursements went towards personal use or to the direct benefit of family members.”

“These anomalies include what appears to be preloading of campaign dollars to a Starbucks account and/or gift cards, paying a family member over $17,000 for ‘childcare’, attending the musical Beach Blanket Babylon, and personal medical testing for COVID-19, among others,” the complaint continues. 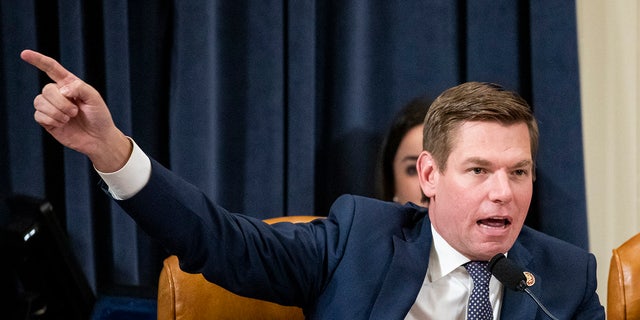 The complaint outlined various expenditures of Swalwell’s using campaign funds, saying an investigation into the payments “is necessary to provide clarity into the nature of these, and other, irregular expenditures.” 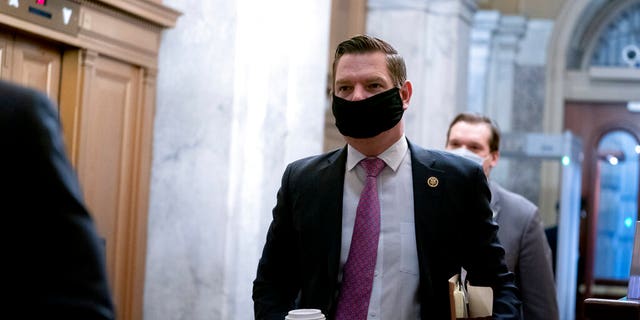 Rep. Eric Swalwell, D-Calif., arrives at the start of the fifth day of the second impeachment trial of former President Trump, Saturday, Feb. 13, 2021 at the Capitol in Washington. (Stefani Reynolds/Pool via AP)

Swalwell previously came under fire after Fox News reported on the tens of thousands of dollars in irregular campaign expenditures on booze and limousine services, as well as over $20,000 at the luxury hotel where his wife used to work.

The California congressman dropped $566 on “Food & Beverage” through the alcohol delivery service Drizly in nine separate orders ranging from $5.79 to $124.86, according to FEC filings. Additionally, Swalwell spent $1,151 on “Refreshments” from seven trips to Capitol Hill Wine and Spirits, a liquor store local to the House side of the U.S. Capitol, and almost $4,400 at two California wineries on the same day for “Catering” and “Refreshments.”

FEC records also revealed the California Democrat’s campaign spent over $7,000 at luxury restaurants and steakhouses in D.C. In addition, Swalwell appears to have sat down for 13 in-person meals at Charlie Palmer Steak, O-Ku Sushi, STK Steakhouse at the Downtown New York City location and other high-end eateries.