The Democrats have a problem. To pass their most ambitious legislation, even if they oust President Trump, they will need a Democratic Congress and particularly a Senate majority. And to win that majority, they will need candidates who can beat Republicans in hard-to-win battleground states, including those where Mr. Trump won in 2016.

If you remember Mr. Ossoff’s name, it’s because he was the fresh-faced 30-year-old who ran in a 2017 special election in Georgia’s Sixth Congressional District, which was at the time the most expensive House race ever.

Mr. Ossoff did not win, but the money (more than $23 million) and interest (thousands of volunteers) he attracted helped build his reputation and mobilize an electoral organization that was among the state’s most formidable.

This week, he said that he would run in one of two Senate elections in Georgia next year. With his announcement, the race will surely become one of the most closely watched down-ballot contests in 2020, along with races like Jaime Harrison’s bid to unseat Senator Lindsey Graham of South Carolina and the effort by several Democrats to oust Senator Susan Collins of Maine.

Mr. Ossoff is the fourth Democrat to announce he is running for the seat held by Senator David Perdue, a Republican. Senator Johnny Isakson, the Republican who holds the state’s other seat, will retire at the end of this year for health reasons.

In an interview with The New York Times, Mr. Ossoff, now 32, described what informed his decision to run, clarified his position on progressive policies like “Medicare for all” and the Green New Deal, and said Stacey Abrams, the Democrat who narrowly lost the state’s governorship last year, created an electoral model for him to follow.

Your announcement video talked about lofty values but was short on specifics. What is the policy platform of Jon Ossoff?

I do want to push back a little bit on the idea that the video was light on policy. I think I laid out pretty clear values and priorities in terms that resonate with most people — maybe not on Twitter, maybe not on cable news, but most Georgians and most Americans.

So can we expect your campaign to talk about things like Medicare for all or the Green New Deal?

I commend Senator Bernie Sanders, but I believe that we can achieve [universal health insurance] with a public health insurance plan that is affordable for all and free if you can’t afford it. A plan that is comprehensive and gives people more choices, that allows both private insurers and the federal government to compete for folks’ trust.

Now on the Green New Deal, I commend Senator Edward Markey and Representative Alexandria Ocasio-Cortez for linking environmental policy and infrastructure policy. However, do I believe that the critical path to fighting climate change requires the abolition of the private health insurance market? No, I do not.

And I’ll debate that all day, while still recognizing the value and honoring the political contribution of folks who maybe see it a little bit differently.

Can you turn out black voters the way Stacey Abrams did?

Absolutely. It’s not about the identity of the candidate. It’s about the quality of the effort, the earnestness of the message, the execution of the campaign, the willingness to reach out to every single neighborhood in this state.

It has become canon for Democrats to say, “Without voter suppression, Stacey Abrams would be governor.” How can you overcome an issue that she could not?

Look, frankly, Astead, when I ran in 2017, I think I was naïve about the depth of the problem here.

We have authorities in the state of Georgia — of course, chief among them now-Gov. Brian Kemp — who despite clear and consistent warnings from information security experts and from the federal judiciary that our system was unverifiable and insecure, have persisted in deploying that same system over highly credible warnings of its vulnerabilities. I struggle to find an innocent explanation for that.

You’re describing the issue. I’m asking you how you’ll overcome it, since this will all still be in place next year.

We’re already building a legal strategy to engage in the courts in advance of the election to ensure there’s significant oversight of election authorities here in Georgia.

We will be on high alert for the usual shenanigans — late-breaking precinct changes and closures, purges of the rolls that exceed statutory authority or constitutional propriety.

This is among our highest priorities.

There are rumblings that Representative Lucy McBath, who won in the Sixth Congressional District a year after you lost, may also run for Senate. Does it matter to you who else runs?

That’s a great question. I don’t know what Lucy’s intentions are. I don’t know who we will ultimately see enter the race for the Isakson seat. But the bottom line is that whoever it is, we’re going to have to work together to build the deepest, largest, most effective grass-roots army the state has ever seen, to run the largest volunteer-based get-out-the-vote program this state has ever seen.

You mention your identity. Is it a function of that identity, and privilege, that you can lose your 2017 election and still run for higher office? I’m thinking of the Beto O’Rourke analogy.

I was 29 years old when Donald Trump was elected president. And like millions of people across the country, instead of sitting down in despair, I stood up. I ran for Congress in a district where the last Democrat had lost by 23 points.

And when I got into that race, no one thought I had a chance, not the national Democratic Party, not commentators and observers and the political class here in Georgia.

I believe that my experience and my track record speak to my values and speak to the kind of senator I’ll be for Georgia.

I’m sorry, but I don’t know if that answers the question. I’m saying: Do you think it’s a sign of privilege that you lost that race in 2017, but are now in a better position to run again?

No, it speaks to the extraordinary movement that we built here in Georgia in 2017.

I’m competitive in this Senate race because I have the capacity to inspire and mobilize a grass-roots army of supporters, and because I have demonstrated the ability to withstand significant pressure in the harsh glare of the national spotlight. 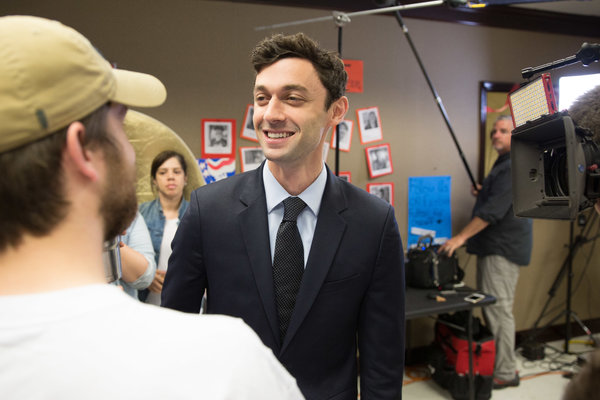 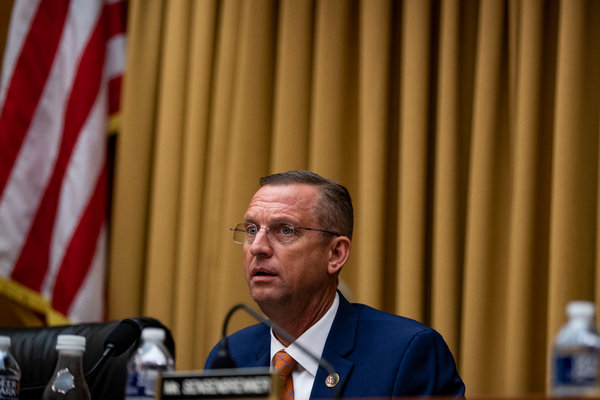 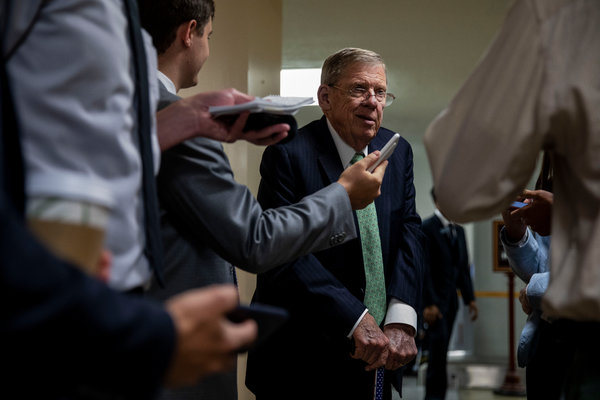