WASHINGTON – The U.S. Capitol Police officer who fatally shot veteran Ashli Babbitt during the Jan. 6 riot at the Capitol will not face charges after an investigation into the incident, the Justice Department said Wednesday.

Babbitt, a 35-year-old from San Diego, was trying to climb through a barricaded door near the House chamber when the officer, who has not yet been publicly identified, shot her in the left shoulder. She wore a Trump flag as a cape as she tried to crawl through the broken window when the shot was fired, then fell to the ground.

The Justice Department determined there was not enough evidence to prove that the officer who shot Babbitt did so unreasonably or in a manner that willfully deprived her of her civil rights. Rather, the investigation concluded the officer could reasonably believe he was firing in self-defense or in defense of members of Congress. 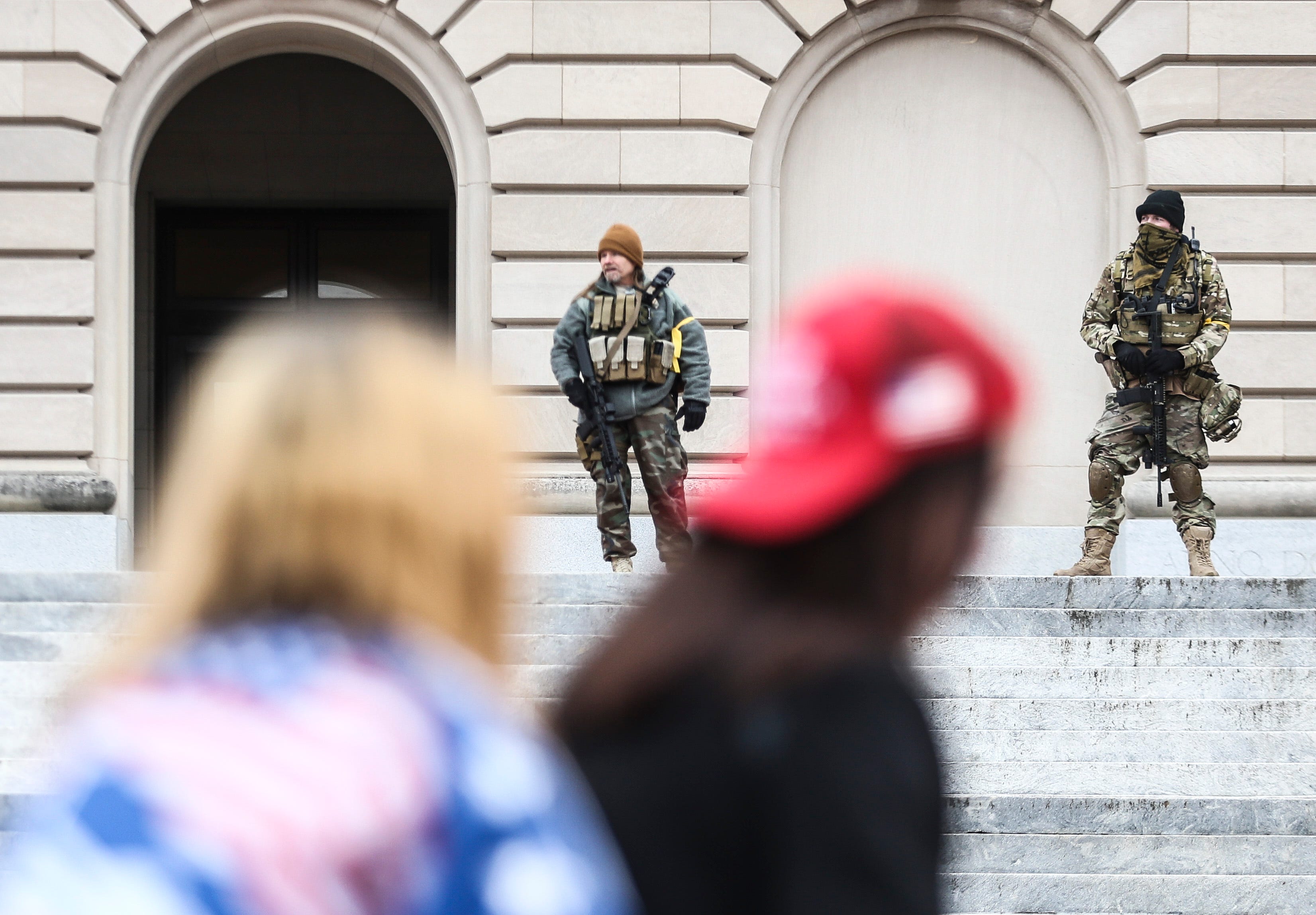 Two militia members keep watch at the front of Kentucky's state Capitol as about 40 people marched in honor of Ashli Babbitt, the Air Force veteran who was shot and killed by a U.S. Capitol Police officer on Jan. 6. (Photo: Matt Stone/Courier Journal)

“Officials examined video footage posted on social media, statements from the officer involved and other officers and witnesses to the events, physical evidence from the scene of the shooting, and the results of an autopsy,” a release said.

Babbitt’s family was notified of the decision Wednesday.

Jan. 6 fatalities: Cause of death released for 4 of 5 people at Capitol riot – but not Officer Brian Sicknick

A man uses a bullhorn outside the Ohio Statehouse in Columbus on Jan. 17 while protesting the death of Ashli Babbitt, 35, who was shot to death at the riot at the U.S. Capitol Jan. 6. (Photo: Albert Cesare, The Cincinnati Enquirer//USA TODAY Network)

The officer was placed on administrative leave and police powers were suspended pending the outcome of a joint Metropolitan Police Department and Capitol Police investigation, police said shortly after the riot.

Video of Babbitt’s shooting went viral after the attack on the Capitol, and her death became a rallying cause on the right for those who supported the rioters attempting to stop the certification of the 2020 presidential election results. She was one of five people who died at the riot, including Capitol Police Officer Brian Sicknick.

Nearly 400 people have been charged in connection to the riot.