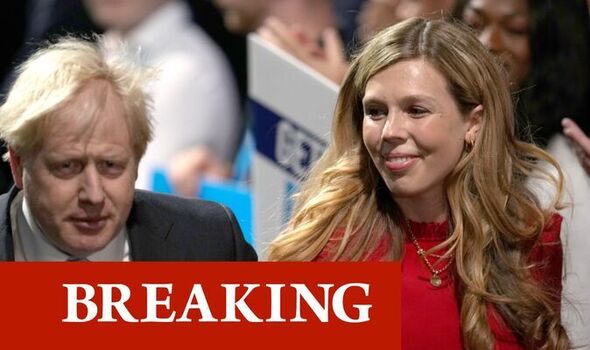 “Whilst she believed that she was acting in accordance with the rules at the time, Mrs Johnson accepts the Met Police’s findings and apologises unreservedly.”

It is understood a party was organised by Carrie on this day in 2020 and attended by up to 30 people.

At the time, gatherings of more than two people indoors were banned by law.

On the same day, the official Twitter page for the Prime Minister insisted “the Government’s plan is working and we are containing the spread of coronavirus”.

It added: “Thank you to everyone for following the rules and playing their part – we must keep going to keep the level down.

READ MORE: Brexit Britain in ‘best position’ to clamp down on ‘state terrorism’

The BBC highlighted an exemption to the rules at the time was allowed if a gathering “was reasonably necessary” for work purposes.

The issuing of fixed penalty notices shows the police did not deem the gathering as necessary.

DON’T MISS:
Boris urged to cut the ‘soundbites’ and focus on action [OPINION]
Tory civil war erupts as Scottish Conservatives REFUSE to back Boris [REPORT]
Prince Andrew legal settlement with Giuffre ‘will have been millions’ [REVEAL]

Boris Johnson has faced renewed calls to resign after it was found he did break the law.

In response, he has issued a “full apology” but has refused to shift from his position.