The retracted guidelines encouraged people to use air purifiers to limit exposure to germs. 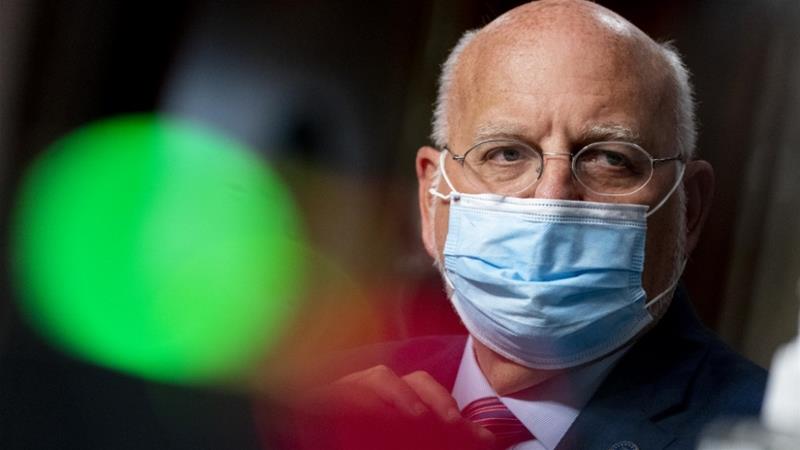 The US Centers for Disease Control and Prevention (CDC) has taken down its guidance warning on possible airborne transmission of COVID-19, saying the draft recommendation was posted in error.

The now-withdrawn guidance, posted on the agency’s website on Friday, recommended people use air purifiers to reduce airborne germs indoors to limit the spread of the disease.

“CDC is currently updating its recommendations regarding airborne transmission of SARS-CoV-2. Once this process has been completed, the update language will be posted,” the agency said on Monday.

The CDC did not immediately respond to a request for comment by the Reuters news agency on when the guidance will be updated.

The health agency had said COVID-19 could spread through airborne particles that can remain suspended in the air and travel beyond six feet.

Currently, the agency’s guidance says the virus mainly spreads from person to person through respiratory droplets, which can land in the mouth or nose of people nearby.

Earlier this month, US President Donald Trump took exception to comments from the CDC director, who said masks might be even more effective than a vaccine for the novel coronavirus that could be broadly rolled out in mid-2021. 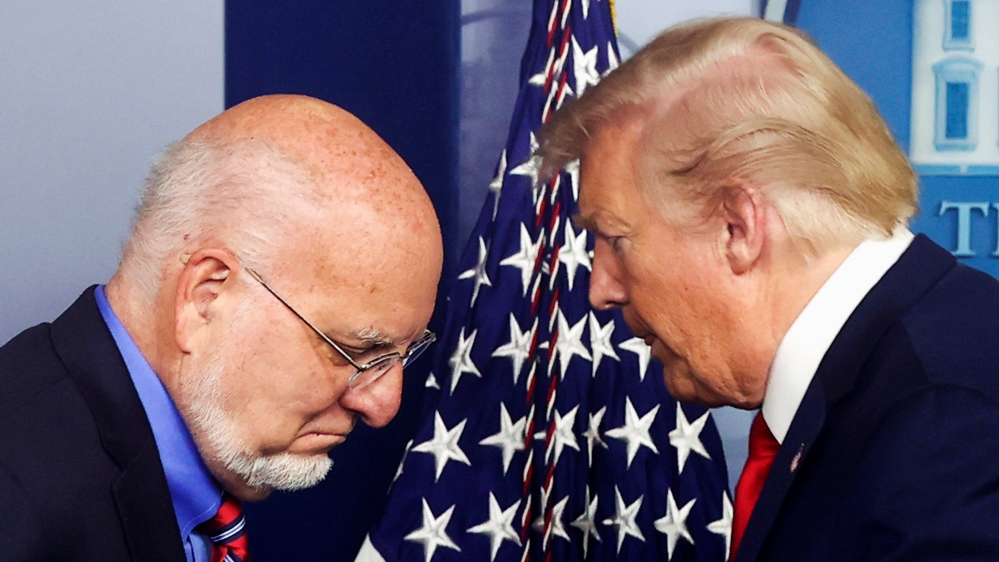 That followed a New York Times report that guidance about novel coronavirus testing posted last month on the CDC’s website was not written by the agency’s scientists and was posted over their objections.

The World Health Organization (WHO) has not changed its policy on aerosol transmission of the coronavirus, it said on Monday.

The withdrawn guidance comes as the death toll from the spread of the coronavirus in the US approached 200,000, by the far the highest number of any nation.

The US, on a weekly average, is now losing about 800 lives each day to the virus, according to a Reuters tally. That is down from a peak of 2,806 daily deaths recorded on April 15.

During the early months of the pandemic, 200,000 deaths was regarded by some experts as the maximum number of lives likely to be lost in the United States to the virus.

On Monday, Trump said the worst was over, as the death toll reached 199,660 with more than 6.8 million confirmed cases, according to the Johns Hopkins University tally.

“We are rounding the corner on the pandemic, with or without a vaccine … and we’ve done a phenomenal job – not just a good job – a phenomenal job. Other than public relations, but that’s because I have fake news,” he said.

Trump previously admitted to playing down the danger of the coronavirus early on because he did not want to “create a panic”, for which he has received continuing criticism.