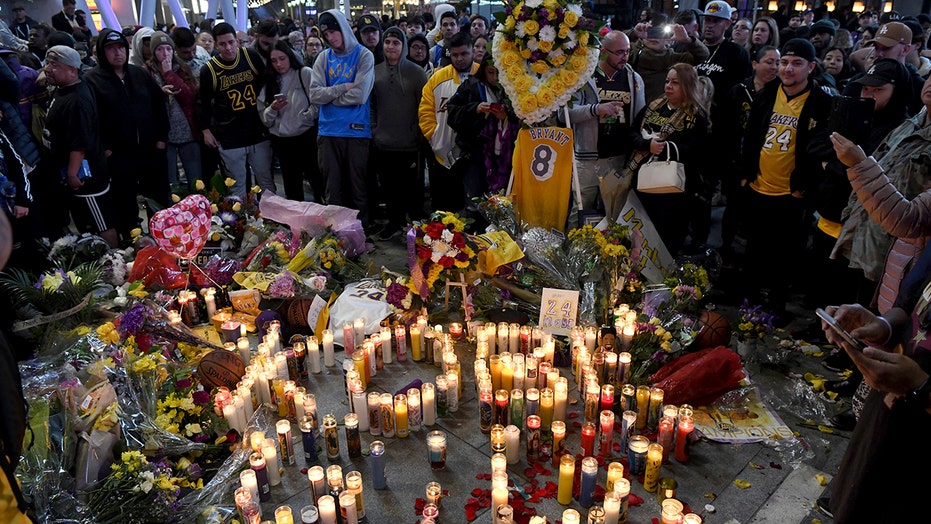 When I was a little kid in Turkey, I was sleepy going to school because I secretly woke up at 4:00 a.m. in the morning to watch the Lakers game and Kobe Bryant (due to the time difference), despite my mother's repeated warnings.

As a fan of the Lakers, the NBA was my passion, and I grew up watching Kobe who was everything I always aspired to be. A brilliant man who was larger than life and an athlete that took the game to a whole another level, Kobe has always been mesmerizing to watch. He was working so hard during the games, making the game's fun and making his teammates better. His passion and love for the game always amazed me. He always elevated the game with his determination and made everyone else in the team better.

When his and his lovely daughter Gianna's untimely passing hit the news, we refused to believe it was true. We were hoping to hear that it was fake news. Unfortunately, that devastating news was true. With that, our hearts shattered. Our sadness doubled when we heard that the future star of WNBA, Gianna, was on board with him as well.

KOBE BRYANT: 5 HEARTWARMING MOMENTS OF THE NBA SUPERSTAR AND HIS DAUGHTER GIANNA

After I got drafted in the NBA, I went back to Turkey for a special event to coach a young basketball team. To my surprise, Kobe was participating in that event as well, and he was coaching the other team. After the game, I had a chance to sit down with my childhood idol and chat a little bit.

He gave me tons of tips on how to be successful in the NBA and his precious advice highlighted the hard work I need to put into my efforts and how it is essential to take care of my body.

His character and heart dwarfed his exceptional and unparalleled NBA character. He was one of the reasons I worked assiduously to become an NBA player, and it breaks my heart that he is no longer with us. His persona and remarkable career will always be something every NBA player will envy for many years to come. His fame never got in the way of him being the man and the father he was.

After I was drafted to Utah Jazz, we went to Los Angeles for my first regular-season game. Here I was, in the Lakers' home Staples Center, and the man I used to watch as a kid was playing against my team in the NBA.

In that game, I was sitting on the bench. I remember it vividly when my coach called my name, and I checked in. It was a dream come true. It was a dream for every 19-year-old kid to play against Kobe in the NBA and it was definitely an honor for me as well. It meant a lot to me.

We heard how he used to wake up at 3:00 a.m. to work out and exercise. Who does that? His love and passion for his game definitely made him one of the most decorated NBA players ever. What made him special was his dedication to his craft. Not only did his tireless efforts make him better, but it also transformed and inspired all of us. He gave his whole heart to the game.

He was more than a basketball player. His unmatched impact on the Los Angeles community as well as the world of sports, which transcends basketball, is a testament to his commitment and devotion to make the world a better place.

His foundation's activities in the community took basketball to a different level. It taught all of us that our game is more than just playing basketball. He inspired millions of kids all around the world to be their best self both on and off-court.

He made so much impact on everyone, not only on the world of sports. A surreal stream of recognition by politicians, artists, and athletes are an indication of his exceptional contribution.

We lost a legend and a phenom. But we will never lose his memories.