Supreme Court Justice Clarence Thomas was spotted in public Friday for the first time since being hospitalized in March.

A campaign staffer for former NFL star Herschel Walker, who is running as a Republican for a Senate seat in Georgia, posted a photo with Clarence Thomas on Friday afternoon marking the first time Thomas has been seen since being released from a hospital on March 25 following an undisclosed illness.

“Herschel got to spend time with Justice Thomas while in DC to receive the Horatio Alger Award this week,” Walker Communications Director Mallory Blount tweeted Friday.

Thomas is an honorary board member of the Horatio Alger Association, which is one of the nation’s largest need-based, privately-funded college scholarship providers. 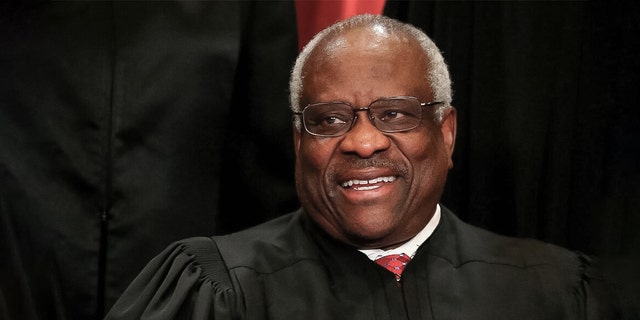 Thomas was hospitalized in Washington, D.C., with “flu-like symptoms” for a week due to an illness that the Supreme Court said was not related to the coronavirus. The 73-year-old missed a week of oral arguments entirely before participating remotely the following week.

Thomas has served on the Supreme Court since 1991 after being nominated by former President George H.W. Bush to succeed Thurgood Marshall, the nation’s first Black justice. 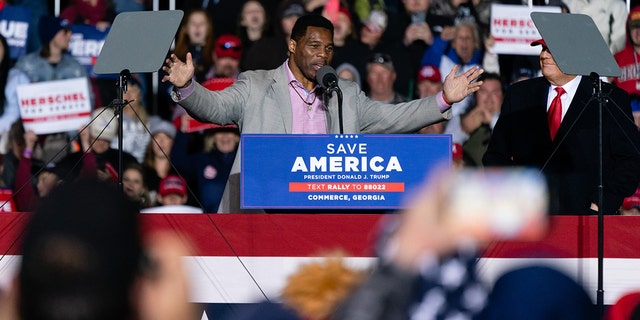 Herschel Walker, Republican senate candidate for Georgia, speaks after being brought on stage by former U.S. President Donald Trump at a "Save America" rally.
(Elijah Nouvelage/Bloomberg via Getty Images)

Thomas, as the most senior justice, decides who writes the majority opinion if Chief Justice John Roberts is in the minority on a case.