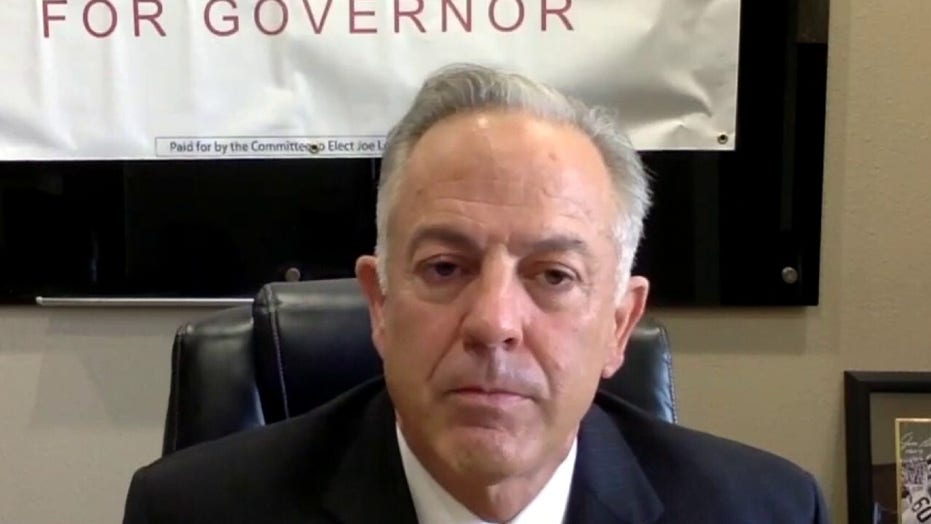 The sheriff of Nevada’s most populous and best-known county on Monday formally launched a Republican campaign for governor in the hopes of challenging Democratic incumbent Gov. Steve Sisolak in next year’s election.

“The Nevada quality of life people have sought for decades is in jeopardy,” Sheriff Joe Lombardo said in a statement shared first nationally with Fox News.

“Single-party rule and a governor that only listens to the voices of special interests has led to higher taxes, new regulations, and an erosion of our freedoms. That’s why today, I’m announcing my run for governor,” Lombardo emphasized as he pointed to Sisolak and the Democratic-controlled state legislature.

And speaking with FOX Business’ Stuart Varney on “Varney and Company” for his first national interview as a candidate, Lombardo said the first thing he’d do as governor would be to “let the legislature know that I would not accept any new taxes.”

“I would immediately veto that,” he pledged. “We have to create a regulatory environment here that’s conducive to our diversified economy.”

Lombardo, a military veteran, joined the Las Vegas Metropolitan Police Department (LVMPD) as an officer in 1988 and was promoted through the ranks. After 26 years on the force, he was elected as Clark County sheriff in 2014 and reelected four years later. He oversees roughly 5,000 officers with LVMPD, which is the state’s largest police force.

Lombardo, in his statement, claimed that “it’s been clear for quite some time the priorities of our current Governor are out of touch with everyday Nevadans.”

“Nevada deserves a leader who doesn’t put the rights of criminals over victims, doesn’t hold the opinions of donors higher than those of middle-class families, and a doesn’t believe our Constitutional rights are ever up for partisan negotiation,” the candidate argued. “The time has come for new leadership. The time has come to take back our Nevada.”

Lombardo, who confirmed last month that he would run for governor, was set to formally declare his candidacy at a campaign event at Rancho High School in Las Vegas Monday morning. And he announced a statewide tour with stops in Reno, Carson City, Winnemucca, Elko and Ely, in the central and northern parts of Nevada, where he’s less well known.

Lombardo isn’t the only candidate running for the GOP gubernatorial nomination in Nevada.

Former Lt. Gov. Mark Hutchison, who was also considering a run for governor, on Monday announced that he was endorsing Lombardo.