A comedian sent a frosty message to a certain senator as he basked in toasty weather.

On Thursday — before Sen. Ted Cruz (R-Texas) was photographed at the Cancun airport presumably heading back to Texas from Mexico — comedian Blaire Erskine hilariously imagined how the senator’s team could spin his decision to ditch his constituents struggling to stay warm amid historically frigid winter weather.

As of Thursday, hundreds of thousands of Texans are still without power, and there have been 24 weather-related deaths, CBS News reports.

In a video posted to Twitter Thursday, Erskine pretends to be the director of communications for the Texas senator. She begins her video parody by confirming that Cruz is indeed in Cancun, “but here at his offices, we say big whoop,” she says with a Texas twang.

“Senator Cruz deserves to relax, unwind, unplug, recharge, like you would a power outlet, or his power grid’s going to go out and we can’t be having that, ya know, that’s too important,” she adds. 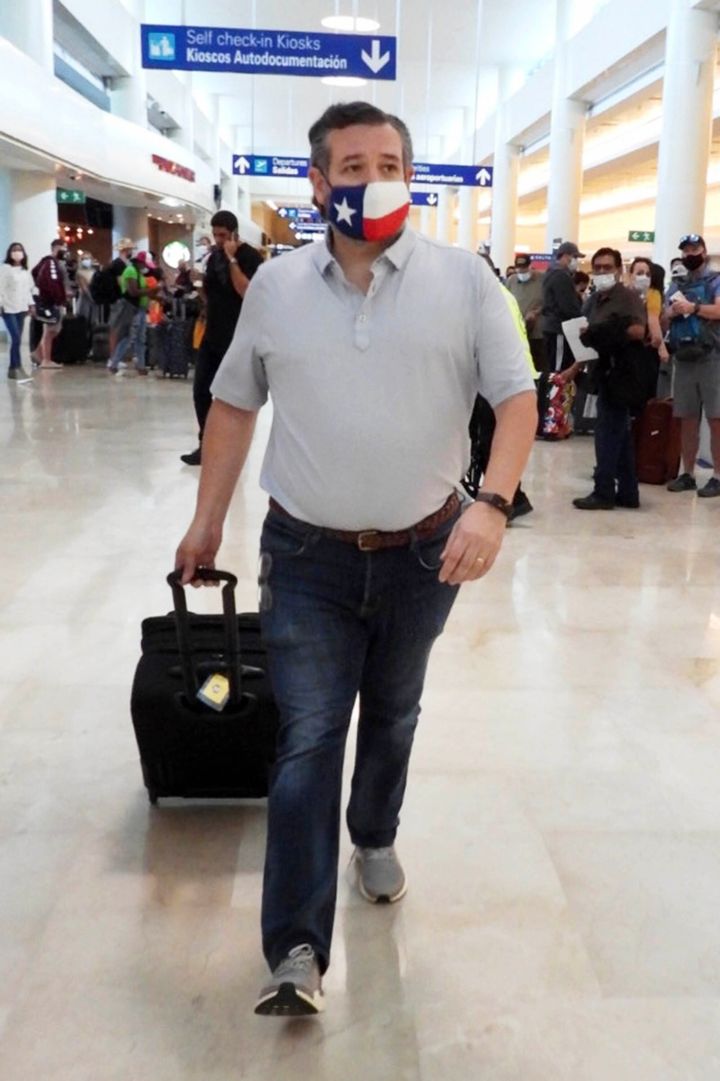 As Erskine’s character quickly questions why Cruz can’t have “his ’Eat, Pray, Love’ moment like everyone else can,” she then turns to Cruz’s presence on Twitter.

She says that it’s funny that whenever Cruz is here in America and he’s “doing his little jokes on Twitter, everybody says ‘Go away Ted, we hate you.’”

“But then when he goes away to Cancun, everybody says ‘Well, where’s Ted? Why isn’t he doing his little jokes on Twitter?’”

On Wednesday, Cruz faced major backlash after photos from multiple sources showed him boarding a plane for Cancun with members of his family.

While Texans are flooding hotels and paying upwards of $400 a night so they don’t freeze, Cruz released a statement Thursday morning explaining that he went to Cancun because his daughters wanted to take the trip with friends while school was canceled.

“Wanting to be a good dad, I flew down with them last night and am flying back this afternoon,” Cruz stated.