The Senate Judiciary Committee on Thursday advanced President Biden’s nominee to run the Bureau of Alcohol, Tobacco and Firearms (ATF) on a party-line vote, setting the table for an uncertain confirmation effort on the Senate floor.

Republicans, all of whom voted against David Chipman in the 10-10 Judiciary Committee vote, have raised alarms about Chipman’s alleged hostility toward guns – citing his past comments and his previous work with gun control groups like Giffords and Everytown. It’s likely all 50 Republicans will vote against the nominee on the Senate floor.

“After meeting with Mr. Chipman, listening to Mainers, and reviewing his record, I have decided to vote against Mr. Chipman’s nomination to serve as the ATF Director,” Sen. Susan Collins, R-Maine, said in a statement earlier this week. “In recent years, Mr. Chipman has been an outspoken critic of the firearms industry and has made statements that demean law-abiding gun owners.”

Collins is one of the most moderate Republican senators and has been willing to vote for the president’s executive nominees for a number of other positions. She also called Chipman “an unusually divisive pick.” Other Republicans were not so measured in their criticism. 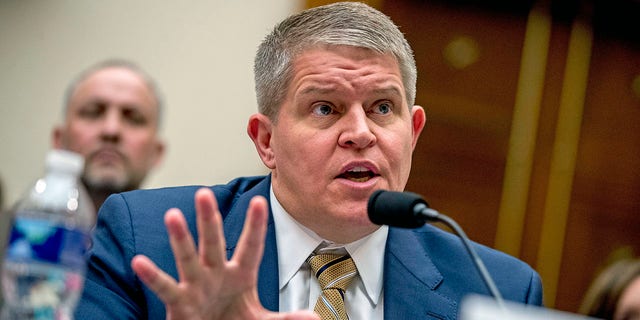 Sen. Josh Hawley, R-Mo., Thursday accused Chipman of having an “agenda… to take away Second Amendment rights from law-abiding citizens while violent criminals are loose on our streets.”

Regarding a Reddit post in which Chipman apparently advocated for the arrest of people who try to buy guns but fail background checks as a way to prevent future crime, Sen. Mike Lee, R-Utah, said Thursday that Chipman has a “lack of respect for the most fundamental notions of due process.”

Most Democrats, meanwhile, say they respect Chipman’s previous service as a street agent with the ATF and say he will help reduce crime at a time when shootings are up in many places around the United States.

“He’s the leader that ATF needs,” Sen. Dianne Feinstein, D-Calif., said. “Mr. Chipman’s support for the enforcement of common-sense gun restrictions, his dedication to ensuring that the ATF fulfills its mission of protecting our country, make him the candidate we need in this role at this time… He’s a former ATF agent, he knows what it’s like on the streets.”

Most Democrats are expected to back the Biden’s nominee, as they have for nearly all of his other picks, including the controversial new director of the Office of Personnel Management, Kiran Ahuja, who was confirmed 51-50 just this week with Vice President Harris breaking a tie.

But at least one prominent moderate – Sen. Joe Manchin, D-W.Va. — has not taken a public stance on the Chipman nomination. He said that he is “undecided” on Chipman, according to Politico.

If Manchin eventually opposes Chipman, he will be the second Biden nominee to fall victim to the red-state Democratic senator after he opposed Biden Office of Management and Budget nominee Neera Tanden earlier this year over her caustic tweets about other senators.