James Cleverly erupts on Radio 4 as he's asked about PM

The second Secretary of state for Education to be given the role in the Government this week, James Cleverly discussed ongoing Prime Minister Boris Johnson’s political ousting with journalist Mishal Hussain. During the discussion on MPs claiming they had a lack of confidence in the Prime Minister, Mr Cleverly refused to discuss whether he felt the same way when asked repeatedly. Mr Cleverly claimed to understand why Mr johnson wanted to hang on to his job leading the country and claimed he knew he valued his role highly.

Mr Cleverly also claimed the conversations he had had with the Prime Minister were private and he wanted to keep it that way.

Boris Johnson is expected to remain Prime Minister until his replacement is found, following his resignation yesterday afternoon.

Mr Cleverly told Rado 4’s Today programme: “It’s obviously incredibly difficult for him and I understand why he wanted to hold on.

“It is an amazing job being British Prime Minister and it’s one that he… I know values highly.

“But ultimately if you cant form a Government you cant be a Prime Minister.

Ms Hussain said: “So you didn’t struggle with the obfuscation the changing lines the untruths?” 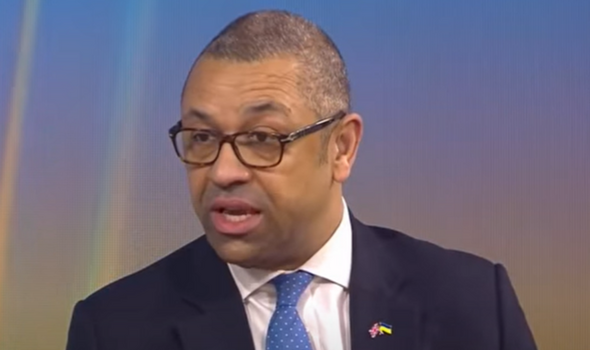 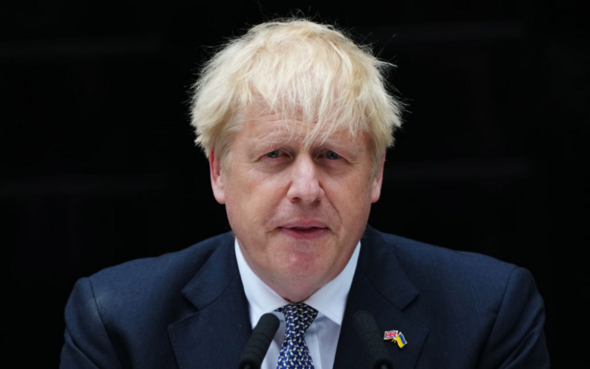 Mr Cleverly added: “Well look, the conversations I have with the Prime Minister in private are going to stay in private.”

Ms Hussain said: “But did you struggle with those things, I’m not asking you to spell out the conversations you had with him.

“But obviously you didn’t resign, I asked you whether you ever lost confidence in him, it sounded from your answer as if you wanted him to leave a bit earlier than he realised it himself.

“But did you ever struggle with the untruths and the changing stories?”

Mr Cleverly said: “Well I… I think that the ability to maintain the trust of your team is core to the job of being Prime Minister, when that goes then the Prime Ministers got to go.”

Mr Cleverly took the place of Michelle Donelan who had only held the position for two days, after Nadhim Zahawi was offered the Chancellor of the Exchequer position in Government after previously holding the position for nine months.

Ms Donelan is also set to gain a £17k payout from the Government after only 36 hours in the role.

At the beginning of the week, a slew of MPs and Government ministers began to resign and Prime Minister Boris Johnson was ousted from power.

Many claimed to have no confidence in the Prime Minister and stated they had a lack of trust in his leadership ability.

Mr Cleverly unlike other Conservative MPs has refused to state clearly whether or not he had a lack of confidence in Mr Johnson. 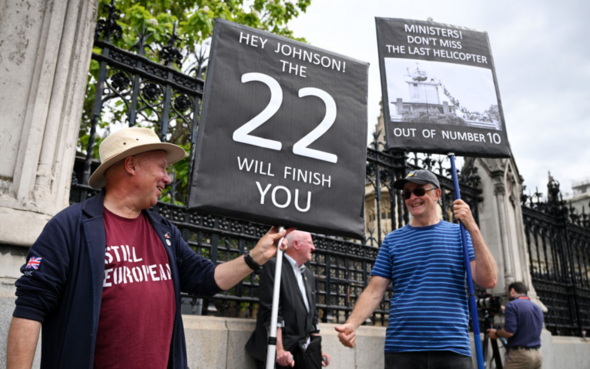 Other MPs are still not happy with Mr Johnson being allowed to remain as Prime Minister until his replacement is found.

Ian Blackford Westminster leader of the SNP said: “I’m pleased that, as things stand at the moment, Boris Johnson has stood down as leader of the Conservative Party but he’s still prime minister.

“What we need to do in the short term is to make sure that Boris Johnson is removed as Prime Minister.

“We cannot be in a situation where we go into recess in a couple of week’s time and this man has had to stand down as Tory leader because of his behaviour, because of a lack of trust, because of the way that he behaves, is still going to be prime minister.

“He can do enormous damage over the course of the summer period.

“He cannot remain as Prime Minister for one minute longer.”