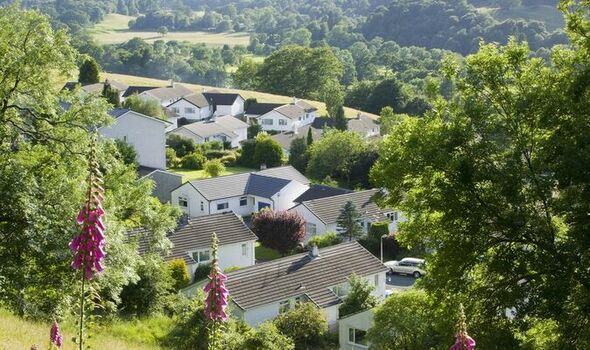 But rural residents “hold the keys to Number 10” and the next Prime Minister must not take them for granted, warns the Countryside Alliance. The campaigning organisation is pushing for a VAT cut on transport fuel to ease their “pain” as prices soar.

A snap survey of its supporters found that sleeplessness and anxiety as a result of rising costs are now common. There is overwhelming support for a VAT cut on fuel, with nine out of 10 respondents backing the move. And six out of 10 want an end to green levies on energy bills.

A quarter of those surveyed said they now struggle with sleeplessness and 45 percent said they suffer from greater anxiety. Almost half said rising costs had “negatively impacted” their mental health.

Around a third said they were cutting back on presents for family members and unable to go on holiday. Three in 10 said they could no longer afford to make repairs to their homes, and more than three quarters said their disposable income had decreased by at least 10 percent.

The findings suggest that the crisis is likely to make it even harder for pubs and shops in rural areas to survive.

More than six out of 10 respondents said they went out to a pub or restaurant less often and nearly half rely more on supermarkets instead of going to local shops.

Nearly eight out of 10 respondents worried that increases in the cost of heating oil will make it harder for them to heat their homes this winter Just over half thought the cost of filling their oil tank had gone up at least 50 percent.

And nearly three in 10 said they had invested in greater security to stop thieves stealing oil.

More than nine out of 10 said increases in the cost of transport fuel had a “very serious” or “quite serious” impact on their household and business.

The snap survey of more than 230 people – shared through the Countryside Alliance supporters’ network – found that one in five thought it would be impossible to earn a living in their current line of work if prices continue to rise.

One in 10 said they had taken up secondary employment because of rising costs, and more than a quarter said they are considering doing so. There are also concerns about the state of farming in

Britain. Nearly nine out of 10 said they worried that in a global crisis the UK could lack the food it needs to feeds its population.

The figures come on the heels of the National Farming Union’s own survey of dairy farmers which found that seven percent believe they are likely to stop producing milk by 2024 – and 840 could leave the industry.

Dairy farmers say that over the next two years they are most concerned about prices of feed (93 percent), fuel (91 percent), energy (89 percent) and fertiliser (88 percent).

Tim Bonner, chief executive of the Countryside Alliance, said: “The rural vote has become increasingly important in recent general elections and Labour and the Lib Dems are actively targeting the Tories’ ‘green wall’. The Conservative Party therefore needs to think very carefully about its offer to rural communities as it chooses a new leader.

“At times in the last few years it has seemed as though the Countryside has been taken for granted and that the interests of rural people have been seen as entirely secondary to ‘eyecatching’ environmental and animal welfare policies.

“Rural communities “hold the keys to Number 10″ as much as any other group in the country, and so it is pivotal that the views of those living in the countryside are not overlooked.”

Mr Bonner added: “Rural people need to know that their way of life will be protected and that the cost-of-living crisis that is affecting rural communities as deeply any part of the country is going be addressed.

“Clearly, with fuel costs spiralling out of control in the countryside, prioritising an urgent VAT cut on fuel would go a long way alleviating the pain for many their daily lives.”

Tim Farron, the Lib Dems’ rural affairs spokesman, said: “This Conservative government is completely out of touch with the countryside, from botched trade deals costing farmers a fortune no help with crippling fuel prices.

From Cumbria to Cornwall, there is a real sense our communities feel taken for granted.

“Now is the time to slash taxes and cut fuel duty for rural communities before more farmers and families suffer.”

A Government spokeswoman said: “We recognise people are struggling with rising prices, which is why we are protecting the eight million most vulnerable families with at least £1,200 of direct payments this year. Agricultural commodities are closely linked global gas prices, so farmers also facing increased input costs for manufactured fertiliser, livestock feed, energy and fuel.

“We have announced measures to help mitigate these challenges, including bringing forward 50 percent of the [Basic Payment Scheme] payments.

“And we’re spending £600million on farm-based innovation the next three years, with grant funding to support farmers with their investment plans.”