Growth was boosted in the last six months of 2020 by the easing of lockdown restrictions and the Eat Out To Help Out scheme. Gross domestic product (GDP) – one of the main indicators of economic performance – rose by 16.9 percent from July to September, and 1.3 from October to December, the Office for National Statistics (ONS) said. That is better than original estimates of 16.1 and 1 percent respectively.

Mr Sunak said the figures boded well for the UK’s recovery as the handbrake of restrictions begins to be released. He told ITV’s Robert Peston last night: “I am confident that we’re in a good position to recover strongly.”

He also said he did not regret trying to persuade Boris Johnson not to go ahead with the September circuitbreaker lockdown.

“There were very different case loads in different parts of the country and a national intervention at the time, it wasn’t considered one that wouldn’t necessarily make sense.”

He spoke two weeks after Bank of England boss Andrew Bailey said the economy will return to its pre-Covid level by the end of this year.

Businesses including shops, outdoor attractions, pub gardens and gyms are set to reopen from April 12 at the earliest as part of the roadmap out of lockdown.

Mr Sunak said: “Businesses are raring to go. And hopefully the support we’ve provided to them has enabled them to get through to this period.” 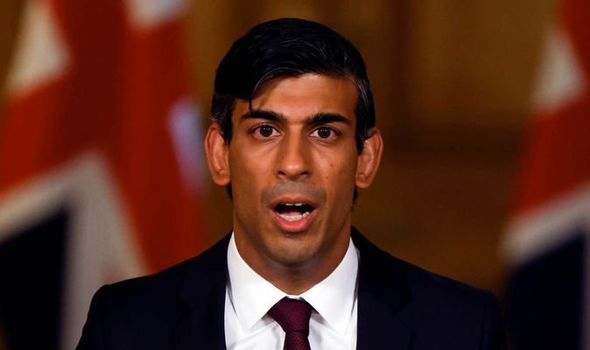 In January 2021, the economy shrunk by 2.9 percent due to the third lockdown, with some of the toughest restrictions in place since Covid hit. But the fall wasn’t as bad as the 4.9 percent economists had forecast.

“It suggests the contraction in the first quarter will be smaller than first feared.” But yesterday’s ONS data also showed GDP shrank by more than expected from April to June 2020 because of the first coronavirus lockdown, falling by 19.5 percent.

Overall, the economy was down by 9.8 percent in 2020 – slightly better than the 9.9 percent forecast but still its worst performance in 300 years. 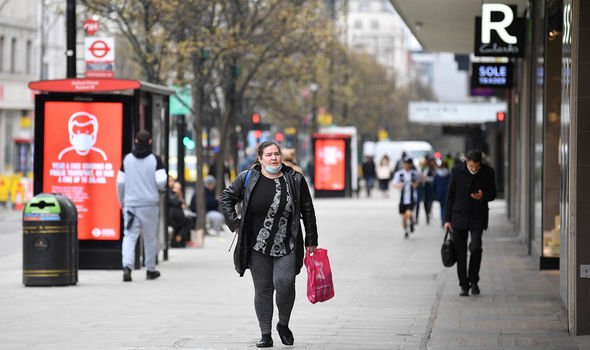 Around half of workers have suffered pay cuts in real terms due to the Covid crisis, according to research.

But promisingly, millions of young workers will get a pay rise from today, as the National Living Wage increases.

Julian Jessop, economics fellow at the Institute of Economic Affairs, said: “It is likely that the UK economy will bounce back more strongly than many are expecting. This will help to repair the public finances, too.”

The British Chambers of Commerce’s Quarterly Economic Survey has revealed that business confidence has been boosted in the first three months of 2021 amid the strong vaccine rollout and the Government’s roadmap offering some ability to plan.