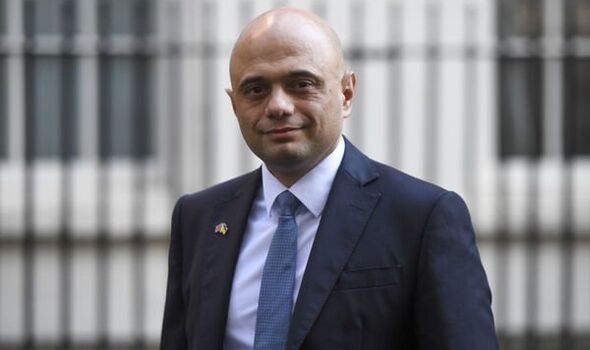 The Health Secretary gave the strongest hint yet that there will be a wider rollout of “second boosters” as the nation’s immunity wanes. With covid cases continuing to rise Mr Javid also urged those aged 75 and over and the vulnerable to accept invitations for the spring Covid booster.

Although figures show 11,500 are “incidental”, where someone was admitted for another illness such as a fall before testing positive.

In Scotland, the number of patients with coronavirus has reached the highest it has ever been since the start of the pandemic.

But the Health Secretary said ministers are not worried about the increasing numbers, insisting the rise was “always going to be the case” as the country ended all restrictions.

Urging “common sense”, Mr Javid said that people who test positive should still self-isolate for at least four or five days before returning to work.

“And it’s also important for us when we review this, understand why they are rising and that is primarily due to the increased social mixing we’re seeing after the country’s opened up.”

He added: “There’s no particular cause for concern at this point.”

Mr Javid cautioned that people with Covid symptoms should “socialise a bit less, stay indoors” and wait until they feel better.

He said it would be down to the individual to decide whether or not to take a test after free testing for all adults in England ends on April 1.

“Post-April 1 if people have Covid symptoms, then they should just behave sensibly – like you would expect someone to really behave if they had flu symptoms in the past – and that is to socialise a bit less, stay indoors and and wait till you feel better,” he said.

Mr Javid said there was a “need to step back and think about how we learn to live with Covid and focus on our very best form of defence and that’s the vaccination programme”.

The Cabinet Minister insisted any decision on whether to roll out a fourth jab to over-50s will be taken by the Joint Committee on Vaccination and Immunisation.

A booster rollout for the over-75s and clinically vulnerable people began yesterday (Mon).

Mr Javid also defended the Government’s decision to phase out free lateral flow tests from the end of this month.

“The JCVI has said it’s possible there will be an autumn booster campaign, probably for those that are 50 and over, but they haven’t yet made a final recommendation on that”, he said.

Professor Graham Medley, who chaired the modelling committee of the Scientific Advisory Group for Emergencies before it was stood down, said: “There is another wave of infections, in which, for the first time, we are seeing older people being infected at the same rate as younger people.

“We have seen previous peaks of prevalence from ONS [infection survey] at over 8 per cent previously, and the prevalence in the 70-plus age group is currently less than 5 per cent. This suggests that there is considerable scope for further increases leading to hospital admissions.”

Mr Medley said that “there remains great uncertainty as to how high admissions will peak in an epidemic with high vaccination coverage, reduced access to testing and reduced self-isolation”.