Boris Johnson lied during the Brexit campaign and backed leaving the European Union because it would further his career, according to the United Kingdom’s former prime minister, David Cameron.

In the latest extracts of his upcoming bookpublished in the Sunday Times newspaper, Cameron says the UK’s current prime minister backed Brexit in the 2016 referendum because “it would help his political career.”

“Whichever senior Tory politician took the lead on the Brexit side — so loaded with images of patriotism, independence and romance — would become the darling of the party,” Cameron says.

“He [Johnson] didn’t want to risk allowing someone else with a high profile — Michael Gove [current senior government minister] in particular — to win that crown.”

The former prime minister adds: “The conclusion I am left with is that he [Johnson] risked an outcome he didn’t believe in because it would help his political career.”

Cameron called the 2016 referendum and went on to lead the unsuccessful campaign to stay in the EU.

He resigned as prime minister following the Leave vote, and has rarely commented on politics since then. However, his memoirs, which will be published in full next week, will reveal how he feels about the British political crisis.

In the extract published on Sunday, Cameron also accuses Johnson of lying while fronting the Leave campaign.

“Boris rode the bus round the country, he left the truth at home,” says Cameron, referring to the official Leave campaign’s debunked claim that Brexit will create an additional £350 million a week for the National Health Service. 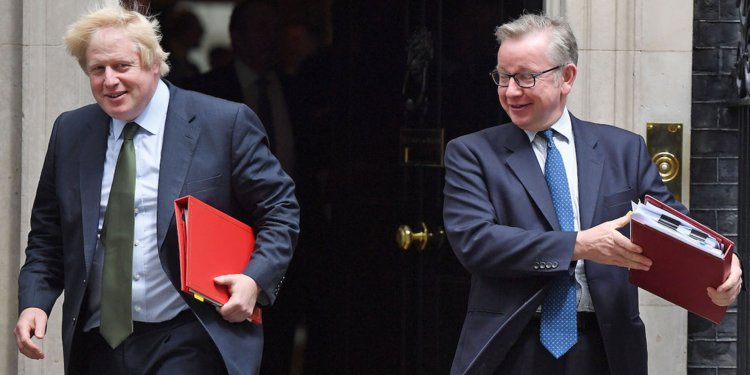 Cameron is particularly scathing about the current Chancellor of the Duchy of Lancaster, Michael Gove.

Gove, who campaigned to leave the EU alongside Johnson, was a “liberal-minded, carefully-considered Conservative intellectual” who became “a foam-flecked Faragist warning that the entire Turkish population was about to come to Britain,” Cameron writes, adding: “I couldn’t believe what I was seeing.”

He said the result left him “hugely depressed” and that he thinks about it “every single day.”