Home » Politics » David Ditch: Biden's absurd 'zero cost' claim – $3.5T is real money and it's coming out of your pocket 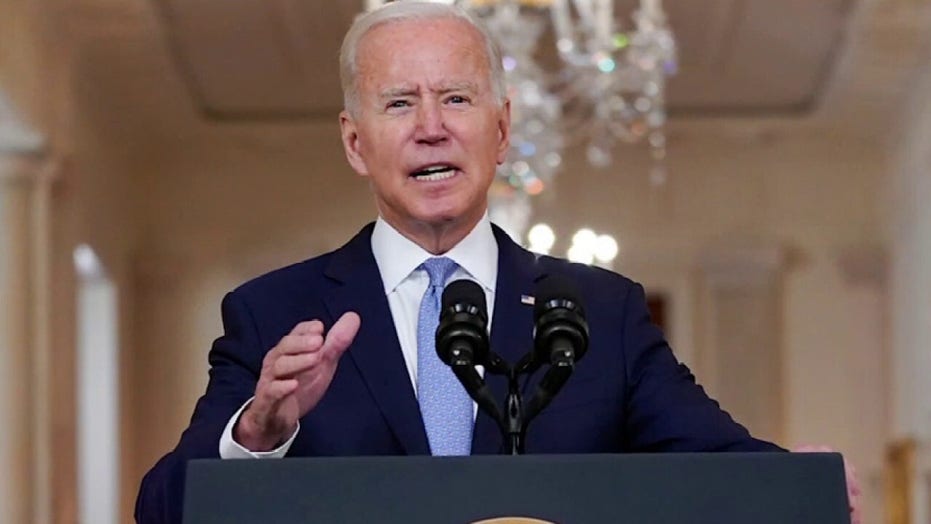 Talk about a ludicrous advertising pitch! Speaking of the record-breaking tax-and-spend package currently being pushed through Congress, President Joe Biden on Friday said, “It is zero price tag on the debt. We’re going to pay for everything we spend.”

This is flatly wrong, and it isn’t even close.

While we don’t yet have a full accounting of the 2,465-page behemoth, it’s expected that the bill’s total amount of spending and tax credits will reach $3.5 trillion.

In contrast, the bill would increase taxes by about $2.3 trillion, leaving a gap of over $1 trillion. Democrats claim that the difference would be made up by imposing price controls on  prescription drugs and through hoped-for economic growth – even though independent analysis says the bill would actually depress growth.

Yet rather than correct the record, Biden doubled down and then some.

In a tweet on Saturday, he said “My Build Back Better Agenda costs zero dollars.”

It’s one thing to incorrectly claim that legislation pays for itself. It’s another thing to claim that possibly the most expensive piece of legislation in world history has no cost whatsoever.

Make no mistake: there is no free money. Every dollar the federal government spends must either be taken from taxpayers or borrowed.

Extra borrowing would be irresponsible. The federal debt currently stands at $28.4 trillion, or about $220,000 for every household in the country.

The problem is only getting worse, with tens of trillions in unfunded liabilities for programs like Social Security and Medicare. That’s bad for retirees and future generations alike, and Congress is refusing to address the coming crisis.

Tax hikes also have a real cost, and not just for high-income individuals.

Despite Biden’s promises that his plan wouldn’t increase taxes on people earning less than $400,000 per year, the official Congressional scorekeepers show the tax burden will increase for families bringing home as little as $30,000 per year.

With the post-pandemic recovery still on shaky ground, this is an especially bad time to increase the tax load.

As for economic growth, a higher tax burden would kneecap the competitiveness of American businesses against foreign competitors. It would also discourage the private sector investment that creates jobs and drives wage growth for workers.

With the post-pandemic recovery still on shaky ground, this is an especially bad time to increase the tax load.

Unfortunately, Biden’s absurd talking point of a “zero dollar” cost is spreading. From Rep. Pramila Jayapal, D-Wash., head of the House Progressive Caucus, to mainstream media headlines about “zero” cost, there is now an active campaign to pretend that a radical big government agenda is free.

Since “trillion” is a nearly incomprehensible number, it’s vital to understand what the bill’s $3.5 trillion price tag actually means.

*The amount drained from the private sector works out to over $27,000 per U.S. household, which is more than the cost of five years of groceries for a typical family.

*At the time it was passed, ObamaCare was one of the most expensive pieces of legislation ever. Adjusted for inflation, it cost $1.1 trillion – less than one-third the size of Biden’s tax-apalooza. Even the most ardent supporters of ObamaCare never claimed it had a “zero” cost.

Concerns about the legislation go well beyond its incredible cost. The way those trillions would be spent is also riddled with problems.

Expanding the welfare state would discourage work for low- and middle-class families, creating dependency on government rather than creating wealth.

Doling out hundreds of billions to “green” businesses would have no measurable effect on global temperatures, but it would create a new left-wing political constituency using taxpayer dollars.

Democrats are also determined to try and force mass amnesty for illegal immigrants into the tax-and-spend bill.

At the end of the day, this legislation would further concentrate power and control in Washington D.C. The idea that Congress and federal bureaucrats deserve more responsibility over our day-to-day lives should be a punchline regardless of one’s political leaning, yet that is exactly what the bill would do.

Instead of railroading through a piece of legislation that’s longer than the combined length of two King James Bibles, Congress ought to slow down and consider alternatives.

Reforms to already-existing benefit programs can encourage work and reduce long-term deficits. Maintaining a pro-growth tax code would do more for jobs and wages than any amount of federal meddling.

Taking a responsible approach to the nation’s finances would be a welcome surprise. Unfortunately, Biden seems intent on pretending that everything he wants is free.

He’s wrong. And if the legislative package passes, America will pay a very real price.