Home » Politics » Dead in water! Brexit trade deal with US, Canada and Mexico axed before talks even begin 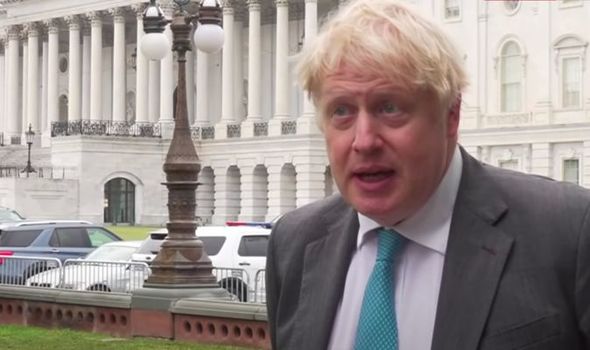 Yesterday a senior Government figure indicated Boris Johnson was considering joining the trilateral agreement, know as USMCA, as an alternative route to boost trade with America.

It came after the Prime Minister gave a pessimistic forecast of the chances of a free trade deal with the US in the near future.

He refused to guarantee a bilateral agreement with Washington would be secured by 2024, admitting he faced an uphill battle to persuade Mr Biden to sign off on a pact.

Mt Johnson said his US counterpart had “a lot of fish to fry” as he appeared to downplay expectations.

Speaking last night, Mr Biden also did not counter the assertion from his predecessor Barack Obama’s that Britain would be at the “back of the queue” for a post-Brexit free trade agreement.

The USMCA deal became effective as of July last year and would effectively give the UK a trade deal with the US through the back door, although trade experts have questioned whether the benefits of the pact.

But his afternoon, a Downing Street spokesman for the Prime Minister ruled out the plan.

They said the UK remained focused on a bilateral deal with America.

Asked whether London had instead turned its attention to joining a trade pact between the United States, Mexico and Canada, the spokesman said: “That is not an approach that we are currently taking.

“Our focus is on trying to negotiate a bilateral trade deal with the US that is in the interests of Britain.”

The Prime Minister and the US President held a meeting at the White House last night to discuss relations between the two countries.

The leaders broke the ice by joking about their love of trains in front of the media before holding discussions behind closed doors.