Democrats are pushing the limits of what can be defined as “infrastructure” as they aim to sell President Biden’s $2 trillion-plus spending plan to the American people in the face of harsh GOP criticism.

“I think we really need to update what we mean by infrastructure for the 21st century,” National Economic Council Director Brian Deese said on “Fox News Sunday.”

The messaging effort comes after Republicans last week signaled their strong opposition to Biden’s “American Jobs Plan.” They said very little of what is included in the White House’s proposal is actually being spent on roads, bridges, ports and other things traditionally defined as infrastructure.

“This plan is not about rebuilding America’s backbone. Less than 6% of this massive proposal goes to roads and bridges,” Senate Minority Leader Mitch McConnell, R-Ky., said. “It would spend more money just on electric cars than on America’s roads, bridges, ports, airports and waterways combined.”

Added Sen. Rob Portman, R-Ohio: “At its core, the president’s plan calls for a $620 billion investment in transportation infrastructure. However, the total soars to $3 trillion with its inclusion of these broad policy priorities that are a far cry away from what we’ve ever defined as infrastructure.”

The Merriam-Webster dictionary defines infrastructure as the following: “the system of public works of a country, state or region… also : the resources (such as personnel, buildings or equipment) required for an activity.”

A Fox News analysis, which broadly counted investments fitting that definition found that just under $750 billion of Biden’s plan consists of infrastructure. That’s less than 40%. 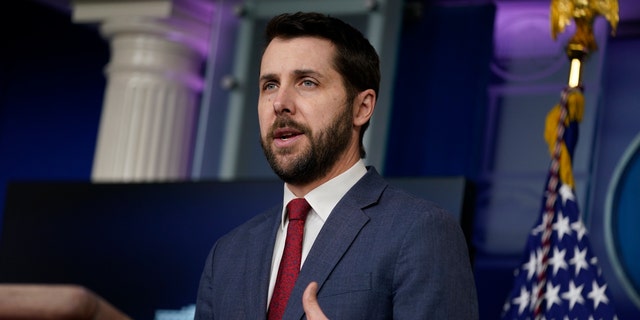 National Economic Council Director Brian Deese speaks during a press briefing at the White House, Friday, Jan. 22, 2021, in Washington. Deese argued on "Fox News Sunday" that there needs to be an update to the meaning of the word infrastructure. (AP Photo/Evan Vucci)

Included in that count is building and repairing facilities and systems used by the general public, including pipes, schools, broadband, Amtrak, investments in infrastructure resilience and more.

Other items included in the plan that are not infrastructure are $213 billion directed at home sustainability and public housing; $174 on electric vehicles; $400 billion on home-based care for the elderly and disabled; $50 billion on “research infrastructure” at the National Science Foundation, and much more.

Biden and White House press secretary Jen Psaki have each been pushed on the definition of infrastructure. Biden himself avoided mentioning many of the more controversial items in the plan.

Psaki also mentioned things like schools and pipes that are infrastructure, but further made a case for why money for home-based care is infrastructure.

“It is rebuilding schools. It is rebuilding our nation’s waterways. It is ensuring that we can rebuild pipes so that we don’t have kids with lead in their drinking water,” she said. “It is rebuilding the backbone and the infrastructure of our workforce, because there are 2 million women who are out of the workforce who, hopefully, if we could help them with caregiving, will be able to rejoin.” 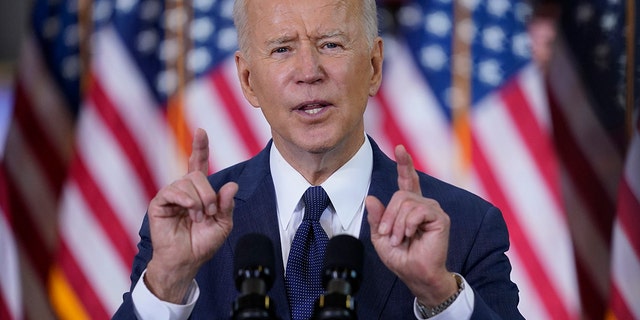 Deese made a similar case over the weekend when “Fox News Sunday” host Chris Wallace pressed him on the White House’s definition of infrastructure allegedly “stretching the word beyond all meaning.”

“If you look at that number on housing, what we’re talking about is construction, building housing all around the country to help make sure that there are more affordable housing units for people to access jobs and access economic opportunity,” Deese said.

He also made the case that “the infrastructure of our care economy is something to take very seriously” because “parents who are taking care of an elderly parent or an adult child with disabilities, they know that if you don’t have an infrastructure of care to support your loved ones, you can’t effectively work, you can’t effectively interact in the 21st-century economy.”

Biden is expected to continue to make the case for a broad definition of infrastructure during remarks Wednesday afternoon. PBS reports that White House officials are saying Biden will “talk about what infrastructure means in the 21st century and why it extends far beyond just roads and bridges.”

Other Democrats have also joined in, arguing that it’s incorrect to exclude things like home care and R&D from the definition of infrastructure.

Added Transportation Secretary Pete Buttigieg: “There was a time when railroads weren’t considered ‘infrastructure.’ Then we built them. Now’s the time to build the 21st-century economy Americans need.”

“It’s important that we upgrade our definition of infrastructure, one that meets the needs of a 21st-century economy,” Council of Economic Advisers chair Cecilia Rouse said on CBS’ “Face the Nation.” “So incentivizing electric vehicles is really important because we need to be addressing climate change.”

Republicans Wednesday were mocking Democrats, and Gillibrand in particular, for their ever-expanding definition of “infrastructure.”

“We are all infrastructure now,” the subject line of an email from McConnell’s office read.

Meanwhile, even liberal commentator Keith Olberman said he supports many of the non-infrastructure items in Biden’s spending plan, but cautioned Democrats against trying to define them all as “infrastructure.”

“No, senator. These are all vital needs,” he said. “I would argue they are as important as nuts and bolts and grids and networks. But when you drain a word of it’s meaning, you damage its impact, your cause, and the value of language.”