Democrats are calling on President Joe Biden to fulfill his promise to the thousands of Afghans who assisted the United States during the war by speeding up their evacuations and approving visa applications to enter the country ― before it’s too late.

“We’re going to see pictures of them lined up against a wall and machine-gunned. And that’s not an exaggeration,” Senate Appropriations Committee Chair Patrick Leahy (D-Vt.) said on MSNBC Tuesday morning, urging the Biden administration to act swiftly and decisively.

Leahy introduced a supplemental funding bill Monday that includes assistance for those Afghans, such as authorization for 20,000 more Afghan special immigrant visas and $100 million in emergency aid for Afghan refugees.

“We must ensure that the brave Afghans who stood with America are not abandoned as we conclude our mission in that country, and there is bipartisan support for this effort. We made a promise to the Afghans who risked their own lives to support and protect our troops and our country. As a country, our word is our bond, and we all agree, Republicans and Democrats, that bond will not be broken on our watch,” Leahy said. 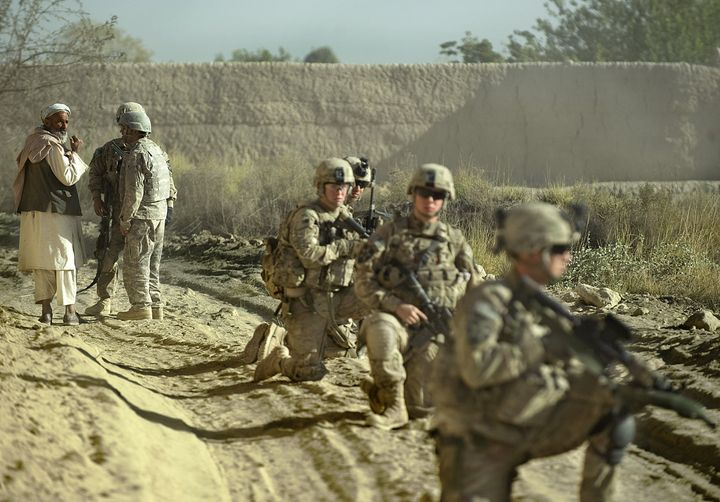 Biden announced last Thursday that the United States would evacuate Afghan translators and other allies who assisted the U.S. during the decadelong war, and that relocation flights would begin later this month. On Wednesday, nearly a week later, the administration plans to announce the start of “Operation Allied Refuge” and that it will begin evacuation flights in the last week of July.

But exact details of the plan remain unclear, including where they will be relocated or how long they are expected to wait for approval to enter the U.S. This has created widespread concern from Democrats and advocacy groups.

Meanwhile, Afghanistan has seen an uptick in violence since the U.S. announced the withdrawal of all remaining U.S. troops there. Many who worked with the U.S. have said they fear for their lives, worrying about retaliatory attacks from the Taliban after the U.S. announced it was withdrawing all remaining troops in the country by September. At least 300 interpreters have been killed in Afghanistan since 2016, according to the National Immigration Forum.

Last week, members of Congress passed the Honoring Our Promises through Expedition for Afghan SIVs Act (HOPE for Afghan SIVs Act) in the House by a 366-46 vote. The legislation would expedite the Special Immigrant Visas program that allows people who worked as translators and interpreters for the U.S. military or NATO in Iraq and Afghanistan to come to the U.S.

There are currently more than 17,000 Afghan nationals awaiting visa approval, along with an estimated 53,000 family members. The average processing time per visa is 800 days, and many have waited years.

The International Rescue Committee, which has resettled more than 15,000 Afghan SIV recipients since Congress established the program, urged the administration to address the backlog as well as thousands of Afghans ineligible under this program who are in dire need of protection.

JC Hendrickson, the senior director of policy and advocacy at the IRC, told HuffPost delays have plagued the program for years, so it is crucial for the Biden administration to consider other pathways for Afghans, including redesignating Afghanistan as a priority for resettlement, using embassy referrals to speed up the vetting and employing the asylum process to evacuate those facing threats faster.

“The government’s ability to parole people in the short term to address this very real need within the next several weeks is something that needs to be considered,” Hendrickson said.