Progressives are gaining influence within the Democratic Party and it’s starting to make some other Democrats anxious.

Over the weekend, at a conference sponsored by Third Way, an organization that describes itself as a champion of “center-left” thinking, several Democrats warned that progressives were dragging the party farther to the left ― and, in the process, away from the more moderate voters it needs in order to win back Congress and, eventually, the White House.

“Republicans have chosen the far right, which means that they have ceded a good portion of the middle of the road,” former New Orleans Mayor Mitch Landrieu said, according to an NBC News account. “The Democrats, in my opinion, would make a big mistake if they decide to run a base election and just say, ‘Our base is bigger than your base.’”

Comments like that aren’t signs of a civil war within the party. At least for now, and probably until the midterms, opposition to President Donald Trump and the GOP Congress is more than enough to keep Democrats united. But real differences exist, and one reason they getting so much attention is Alexandria Ocasio-Cortez, the 28-year-old restaurant worker-turned-political activist who in late June won a Democratic congressional primary in New York, ousting veteran Democratic Rep. Joe Crowley.

Ocasio-Cortez’s campaign platform included a call for a federal jobs guarantee, under which the federal government would create millions of public sector positions so that anybody who wanted employment could get it. On health care, Ocasio-Cortez is an unabashed supporter of “Medicare for all,” which she, like many progressives, defines as creating a single government insurance program ― in other words, a true “single payer” system ― that would cover everybody and displace private insurance altogether. 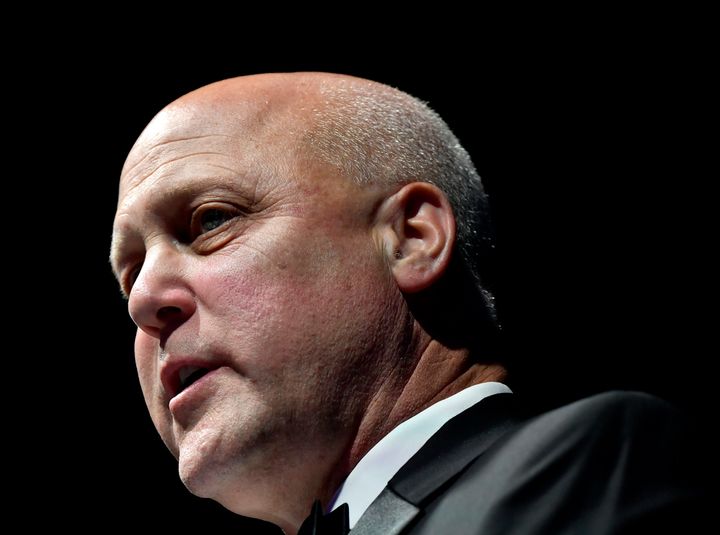 If Ocasio-Cortez wins in November, as she is expected to do given her district’s strong Democratic tilt, she will be just one of 435 members of Congress and an extremely junior one at that. But she and other progressives likely to serve in the next Congress are already talking about creating an internal group to press more aggressively for their agenda, in order to exert the kind of influence on their party that the ultra-conservative Freedom Caucus has held over House Republicans over the last few years.

It is merely the latest sign of a resurgence of progressive thinking that has been taking place throughout the Democratic Party over the last few years. The leaders of this movement include senators like Elizabeth Warren, from Massachusetts, who has spent the last decade crusading against Wall Street, and Bernie Sanders, the independent and self-described democratic socialist from Vermont, who ran a surprisingly strong primary bid in 2016 and who, almost by himself, reintroduced the concept of single-payer health insurance to the national political conversation.

These and other Democrats who fly the progressive banner don’t agree on everything, and the movement propelling them along ― a movement that includes everybody from the old Occupy Wall Street protesters to more left-leaning labor unions ― has plenty of tensions within. But they all seem to subscribe to a few common principles.

Strategically, they focus on energizing would-be supporters, even if that means alienating would-be opponents, and they are wary of pre-emptive compromise with Republicans. Substantively, they aren’t particularly worried about budget deficits and they have little patience for relying on the private sector to achieve traditional Democratic Party goals, like higher wages or better access to health care.

All of this spooks the type of Democrats who gathered at last weekend’s conference ― a group that falls loosely under the label “centrist” ― because they have spent the last 30 years or so pushing the party in the opposite direction. On issues related to economics and social welfare, that has meant trying to reduce regulation, to keep taxes from getting higher, and to avoid creating big new government programs.

The centrists largely got their way during the presidency of Bill Clinton, a former Southern governor who became famous for balancing the budget and ending welfare, and they still had significant influence during the presidency of Barack Obama, who despite his own, larger legacy of progressive accomplishments nonetheless made deficit reduction a priority and treated Wall Street more gently than most progressives would have preferred. 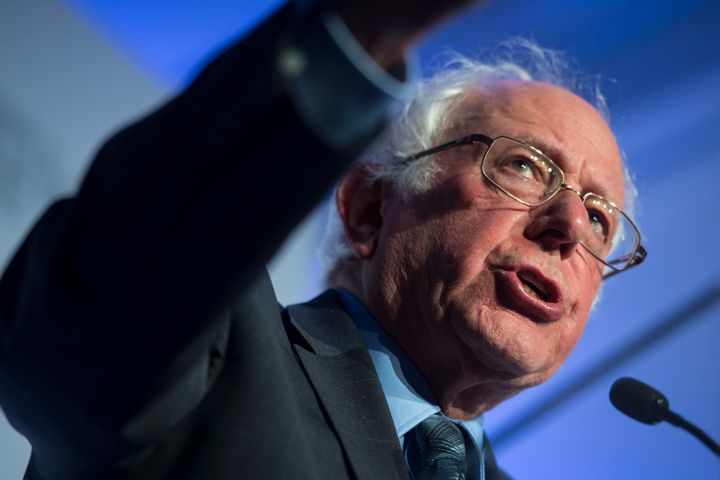 Now the centrists are losing influence and warning of dire consequences if the trend continues. They say the progressive agenda will turn off voters in more rural and conservative parts of the country, at least some of which Democrats will need to hold in order to gain power. And they say progressive proposals themselves are a lot more complicated, with more drawbacks, than they seem at first blush.

On that last point, they are surely correct. Creating enough jobs to guarantee employment would be logistically difficult, not to mention expensive. Creating a true single-payer health insurance system would mean forcing tens of millions of Americans who like their current insurance to give it up. That includes tens of millions of working-class and middle-class Americans who, progressives say, they are trying to help.

Still, it’s one thing to say these policies have real drawbacks that adherents aren’t acknowledging. It’s quite another to say the whole progressive project is wrongheaded. On economic and social welfare policy, the sum total of the progressive agenda sounds a lot like a call to replicate the kind of expansive welfare state that protects people from financial hardship, without undermining economic growth, in Scandinavia and parts of continental Europe. That doesn’t mean the same policies would work as well in the U.S.; it does mean the basic concept has a lot going for it.

And whatever the pros and cons of individual policy proposals that progressives put forward, the impulse behind them is to provide big answers to big problems ― like an economy that, years into its latest economic recovery, still doesn’t provide a living wage for much of the workforce; or a health care system that, despite recent insurance expansions, still leaves millions unable to pay their bills.

Those impulses are important politically because, at least during campaigns, policy proposals matter less for their specifics and more for the signals they send about the values and priorities of candidates who endorse them. A politician who endorses a jobs guarantee is showing that he or she thinks that government should do whatever it can to make sure people who want employment can find it; a politician who backs single-payer health care is saying that government should do whatever it can to make medical care not just easier to afford, but easier to use, too. This probably helps explain why these ideas frequently poll well, even among voters who consider themselves “moderate.”

Centrist plans don’t seem to have the same potential. Apprenticeships and universal pensions, two of the ideas that came up at the Third Way confab, are perfectly sensible ideas. But they couldn’t transform the economy in the way that a jobs guarantee or other similarly ambitious proposals might ― and they’re not likely to capture the imagination of voters craving action. Politically speaking, too small to scare anybody also means too small to inspire.

Democrats and, ultimately, the rest of the public will have to weigh the trade-offs of policies that progressives are proposing ― to decide whether, for example, more government benefits are worth the extra taxes it would take to finance them. One possibility is that they settle on a set of compromises, like a federal jobs program that doesn’t amount to a guarantee of employment, or an expansion of Medicare that lets people with good private insurance hold onto it.

But it’s hard to enact such policies without a big push from the left. That push wasn’t there during the Clinton and Obama presidencies. Maybe for the next Democratic president it will be.