The SNP has long used North Sea oil as an argument for Scottish independence. A 1970s campaign slogan insisted “It’s Scotland’s oil”, though the party’s current leader has argued against the development of new oil fields due to her backing of the green agenda.

The main line now appears to be that Scots want to be out of the UK because of Brexit.

Ms Sturgeon this week told STV News the UK is “certainly a very different place” than it was during the 2014 referendum and that, had it known Brexit and Boris Johnson were around the corner, “Scotland undoubtedly would have voted ‘Yes’”.

He said despite Brexit, the oil debate still matters, noting had voters known where the industry was heading after 2014, even more would have voted to remain in the union.

Mr Hague asked in a post on Twitter: “How many ‘Yes’ voters would have changed their votes if they had known annual oil revenues forecast by the SNP to be £6.8-7.9billion would turn out to be effectively zero?”

The entrepreneur pointed to figures which showed the actual revenue from North Sea oil in 2016-2017 was just £84million.

This was well below 2 percent of even the lowest early estimate.

Revenues have since begun to rise from this low.

READ MORE: Voters ‘fed up’ with waiting for politician whose fit to lead

Mr Hague wrote that if Ms Sturgeon was correct in her prediction, “polls would be showing overwhelming support for independence”.

In 2014, a little over 55 percent of Scots voted to remain in the UK, compared to close to 45 percent who opted to leave.

DON’T MISS:
Hated Brexit deal ‘could shatter UK’ [OPINION]
Farage blasts those blaming conflict in Ukraine for inflation [NEWS]
Britons blast Tories and Labour who are ‘as bad as each other’ [OPINION]

Current polling suggests the figures have not moved much since.

Despite Ms Sturgeon’s claim Scots would now “undoubtedly” vote ‘Yes’, Mr Hague insisted “we dodged a bullet in 2014 and she knows it”.

Former Labour MP Tom Harris last month suggested the Scottish First Minister had “admitted defeat” on there being a referendum before the end of 2023.

He highlighted her comment to the BBC that “I wouldn’t want to go ahead with a referendum that wasn’t legal”.

Mr Harris wrote in the Telegraph: “She carefully but foolishly refused to caveat her hubristic insistence on a second referendum by warning that such an event would need explicit legal approval.

“She has led her party up a hill from whose summit a dignified retreat is no longer possible without a hell of an internal row.” 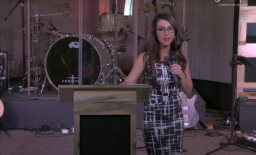