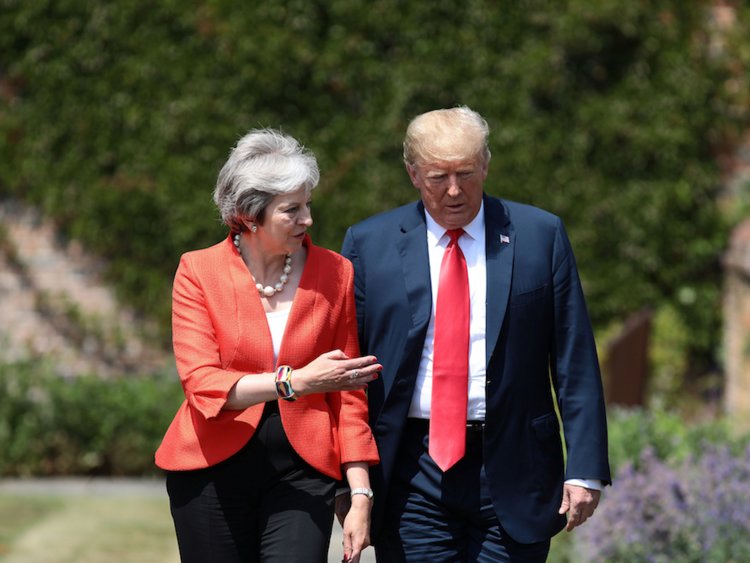 
LONDON — British Prime Minister Theresa May on Sunday said US President Donald Trump had previously advised her to sue the European Union as part of her Brexit strategy, revealing a piece of advice Trump said last week she had ignored.

“He told me I should sue the EU,” May told BBC television. “Sue the EU. Not go into negotiations — sue them.”

On a joint press conference on Friday, Trump said he had given May advice, but she found it too “brutal.”

Following on from her article in The Mail on Sunday this morning, May defended her Brexit blueprint on the BBC, and urged her critics to get behind it.

She said the deal would end the free movement of people and the jurisdiction of the European Court of Justice, while allowing the UK to make trade deals with other nations.

“Interestingly what the president also said at that press conference was ‘don’t walk away,'” May said.

“‘Don’t walk away from those negotiations because then you’ll be stuck.’ So I want us to be able to sit down to negotiate the best deal for Britain.”