Dr. Deborah Birx said the moment when Donald Trump suggested shining light on a person’s body and injecting people with disinfectant to combat the coronavirus continues to haunt her on a daily basis.

“That moment ― obviously, there’s a lot of tape on that; you can see how extraordinarily uncomfortable I was,” Birx said in the interview. “Unfortunately, he was not speaking to me, he was speaking to the [Department of Homeland Security] scientists who had presented the data. And when he did turn to me, I said, ‘Not a treatment.’”

Trump made those comments last spring, at the height of the pandemic’s first wave in the U.S. At the April 23, 2020, press conference, the president pondered aloud whether sunlight, heat or disinfectant could “cure” the virus.

“Suppose that we hit the body with tremendous ― whether it’s ultraviolet or just very powerful light ― and I think you said that it hasn’t been checked and you’re going to test it,” Trump said to Birx and DHS scientists who had presented information suggesting the virus would not survive well in humidity. “Then I see the disinfectant where it knocks it out in one minute. Is there a way we can do something like that by injection inside, or almost a cleaning? … It would be interesting to check that.”

Birx responded to Trump that while a high fever meant the body was responding against threats, light and heat were not treatments for the coronavirus.

“Frankly, I didn’t know how to handle that episode,” Birx said. “I still think about it everyday. When I was spoken to, I said, ‘not a treatment,’ but I guess some people thought I should run up onstage and interrupt this dialogue that was going on between the DHS scientists and the president, but I was just not trained in my years of training to react that way.” 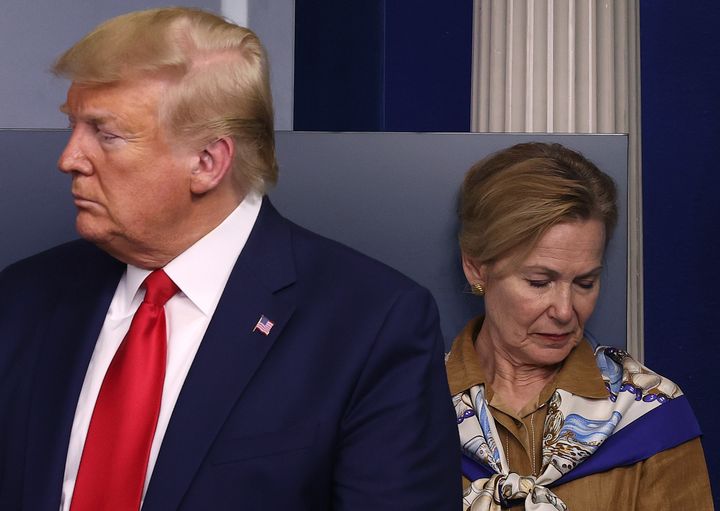 Birx has received criticism for not speaking up against Trump’s pseudoscience, with CNN accusing her earlier this year of giving “milquetoast answers” to the president’s inquiries.

She previously said that the Trump White House’s politicization of the coronavirus deeply taxed her, and told ABC News that she had discussed “how to correct the record” many times with Dr. Anthony Fauci. She also said the vaccine rollout made her optimistic, and speculated that the individual state responses to COVID-19 would be “studied for decades” to come.