Is it better to preach kindness but fall short of that ideal or not even bother with the notion?

This has been on my mind since Ellen DeGeneres announced the end to her long-running show this month. Her decision falls on the heels of bad press criticizing DeGeneres for making kindness a central tenet of her show and then apparently sometimes not being kind. The headline writes itself, and reductionist takes about the “be kind lady” not being kind twenty-four-seven is what keeps the clicks coming. But is it fair? The idea that only the sainted among us — the Mr. Rogers’s and Mother Teresa’s of the world — can promote the idea of kindness seems a little perverse.

It’s not clear what people mean when they say she is an unkind person. Yes, I’ve heard the gossip about her, and I’ve also heard stories about people who love working for her and have had wonderful experiences running into her in public. But in terms of actual reporting, the main criticism has involved complaints about her show’s toxic workplace. There have been accusations of  sexism, racism, and egregious mistreatment.

But “most of the former employees blamed executive producers and other senior managers for the day-to-day toxicity,” reported Buzzfeed, which noted that only one out of the 10 former staffers they spoke to blamed DeGeneres, and that was for believing her producers who told her everything was great. In fact one former staffer noted, “People focus on rumors about how Ellen is mean…but that’s not the problem. The issue is these three executive producers…” DeGeneres told NBC News that she didn’t know about the toxic environment. The three top producers were fired following an investigation. 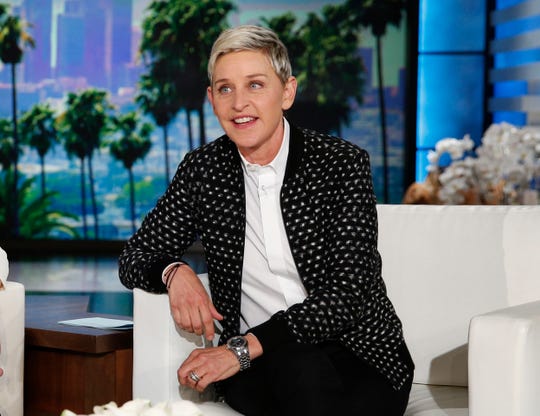 That would make her a person who hired bad managers, not a “monster” or “notoriously one of the meanest people alive” as two blue-check Twitter users alleged in viral tweets that were regurgitated by the media. She was called a “brute boss” in the New York Times with no evidence but a link to the very same Buzzfeed article that blamed producers, not DeGeneres for the environment.

Is it ironic that the “be kind” lady had producers who created a toxic environment? Absolutely. But this entire story about DeGeneres involves a lot of careless mixing and matching of verified and unverified claims; gossip and reporting; and conflating her behavior with her producers.

It’s all been done with an aura of glee that is deeply disturbing.

There are a few people who are on-the-record talking about how they believed they were treated badly by Ellen. A bodyguard who was assigned to her for the 2014 Oscars said she was unfriendly, didn’t say hello and only wanted to talk with pre-approved people at a post-Oscars party. A Dutch YouTube star who appeared on Ellen complained later that she didn’t get her own toilet like the Jonas Brothers and that DeGeneres didn’t say hello to her before the show.

So, it seems that the “be kind lady” is human. You may feel disappointed if you meet a celebrity and they don’t want to talk to you. But like us all, she is allowed to have bad days, weeks and even years. (Also, I am 100% sure that DeGeneres does not assign the toilets to guests).

Why does any of this matter? Because DeGeneres is a self-described introvert who struggles with depression and anxiety. Maybe because I’m an introvert who has struggled with anxiety, I have more compassion for her. “What’s not easy is for me to turn it on when I feel sad inside,” DeGeneres told NBC’s Savannah Guthrie. “That’s the depression.” She’s told the New York Times in 2018 that “in elementary school she didn’t think she would live to see adulthood” because she was such a sensitive child.

We need to stop demanding that people, celebrities or not, become something they aren’t — and couldn’t be even if they wanted to — in order to make us feel better about ourselves. Because there are people all across this country being shamed for not being outgoing or more friendly when they are just trying to get through the day. When I’ve been struggling emotionally, I’ve had to save every ounce of energy to do my work and be “on” for the audience when I was on television. If that meant cutting off a chatty visitor in a green room, so be it. Like many women, it took a lot of therapy to get to the point where I felt it was okay to care for myself when it disappointed other people.

America Talks: Come #ListenFirst in a conversation with another American to bridge political divides

People dismiss the idea that someone famous and rich like Ellen can be struggling. Meghan Markle was actually mocked after discussing the suicidal ideation she suffered after marrying into the royal family. How could someone so privileged be so unhappy? But mental health issues do not discriminate. Fame, money, a supportive partner, you name it: none of it will protect you. Money will get you better care, but mental health issues are rarely cured; they are managed. It doesn’t matter if the person seems okay, or even happy, on the outside, because inside they may feel like they are dying. The title of a new documentary, “The Me You Can’t See,” by Oprah and Prince Harry captures this paradox perfectly.

If you add introversion to your mix (which means other people deplete your energy and the way you replenish is time alone) then managing your mental health will often look like being “unfriendly” – especially to an extrovert, who gains energy from human interaction. One of DeGeneres’s critics noted that plenty of introverts “get along just fine with other people without coming off as rude or mean. Ellen DeGeneres claims that her introverted nature led to her perceived behavior . . . well introverts aren’t liking that one bit.”

But there aren’t a lot of introverts who can’t walk down the street or go to dinner without throngs of people wanting to talk to and be entertained by them. The New York Times noted in 2018 that DeGeneres “has to be the only 60-year-old woman in America who is expected to dance with total strangers wherever she goes.” I don’t know an introvert who would never lash out or tell people to back off if this was their life. While some might cast this as “being mean,” an introvert in this situation might be see it as “trying to stay sane.” I imagine this would even be hard even for an extrovert with no mental health challenges.

We definitely could use more kindness in the world, and even if she did it imperfectly DeGeneres at least made an effort to remind people each day of this fact. Not very many people in the public eye do this. Certainly the people demonizing her don’t seem remotely interested in kindness except as a cudgel with which to beat DeGeneres over the head.

It’s true that being an introvert or struggling with depression or anxiety are not an excuse to be mean to people. We just shouldn’t confuse being distant or unfriendly with being a monster or mean. We also need to have a little more self-awareness to realize that many of us are mean to people at times, especially under stress. The fact that we don’t preach kindness doesn’t make us more virtuous than the person who does.

Since it’s mental health awareness month, now would be a great time to start thinking about these issues with more nuance, generosity and, yes, kindness.

Kirsten Powers, a CNN news analyst, is a member of USA TODAY’s Board of Contributors. Follow her on Twitter: @KirstenPowers