The Conservatives and Labour have fallen victim to a Brexit backlash from voters in the European elections, with the Brexit Party coasting to victory.

And it also proved to be a night of resurgence for the Liberal Democrats.

Four years ago they had just one MEP, now they are celebrating their best ever performance in a European election.

Almost three years on from the EU referendum, the results from an election made necessary by the delay to Britain’s exit show that the country remains deeply divided on the issue.

Nigel Farage’s newly-formed party won 10 of the UK’s 11 regions, gaining 28 seats and more than 30% of the vote. Only Scotland and Northern Ireland are yet to fully declare.

On a disastrous night for the Tories, the party finished fifth and is on course for its worst ever national election share once all the results have been announced.

The abject performance is likely to spark further internal debate about the party’s future direction and handling of Brexit.

For Labour, the party’s poor showing has already reignited debate about its policy on a second referendum.

By contrast, a clearly delighted Mr Farage said a “massive message” had been sent to Westminster.

“Never before in British politics has a new party launched just six weeks ago topped the polls in a national election,” he said.

“The reason of course is very obvious: we voted to leave in a referendum, we were supposed to do so on March 29 and we haven’t.

“There’s a huge message here, massive message here – the Labour and Conservative parties could learn a big lesson from tonight – though I don’t suppose that they actually will.”

In a message to the established parties, the freshly re-elected MEP for the South East added: “If we don’t leave on October 31 then the scores you have seen for the Brexit Party today will be repeated in a general election, and we are getting ready for it.”

The party’s uncompromising message on Brexit – that Britain should be prepared to walk away with no deal rather than agree to a bad one – captured a large section of public opinion.

But the Remain-backing Liberal Democrats enjoyed a revival, winning 15 seats and over 20% of the vote.

Outgoing leader Sir Vince Cable said a “clear, honest, unambiguous message” was behind its success, which saw the party win London ahead of Labour.

“We have shown ourselves to be the strongest Remain force in British politics,” he declared.

“We will always stand up for the people who have put their faith in us, taking this mandate forward to campaign harder than ever to stop Brexit.”

And there was a strong showing from the Greens, who built on their best-ever performance in the recent local elections. 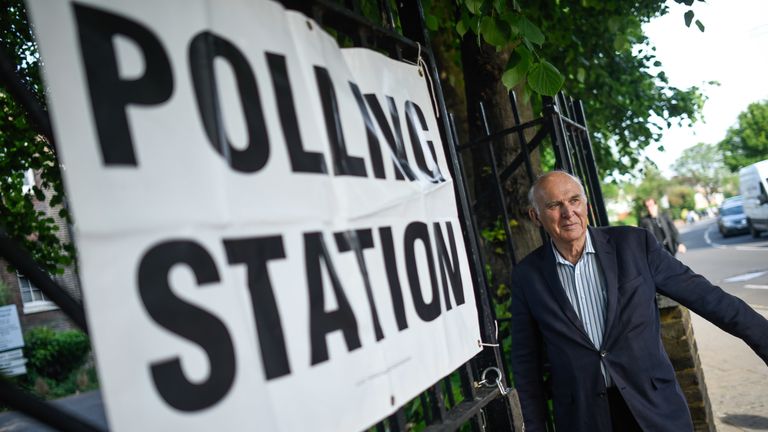 Although the result was widely expected, the Brexit Party’s dominance could have repercussions beyond these elections.

The Tory vote collapsed, with the party losing 15 MEPs and polling under 10%.

Theresa May has already promised to step aside and make way for a new prime minister in the summer, meaning what happens next with Brexit will be in the hands of her successor.

A key fault-line in the contest is whether or not a no deal Brexit is a viable option.

The Brexit Party’s victory could harden the resolve of no deal advocates like Boris Johnson, Andrea Leadsom and Dominic Raab to leave one way or the other at the end of October – the new Brexit deadline.

Labour leader Jeremy Corbyn said the results underlined the fact that the Tories were “disintegrating and unable to govern”.

With Westminster still deadlocked, he said “this issue will have to go back to the people, whether through a general election or a public vote”.

However, the party also had a difficult night. 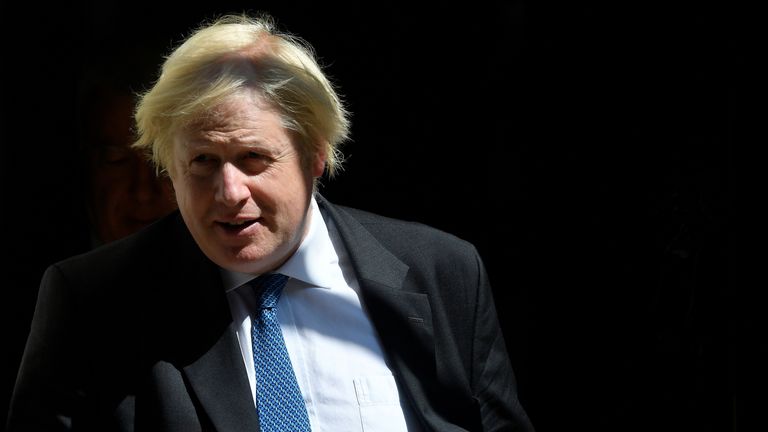 A number of specific results will also set alarm bells ringing, like failing to win London and finishing third in Wales, the latter an unprecedented occurrence.

Labour’s official policy is to keep open the option of campaigning for a second referendum, with another public vote not its first option at the moment.

But frontbencher Emily Thornberry told Sky News the stance was not “sufficiently clear” and that should be a “lesson we need to learn tonight”. 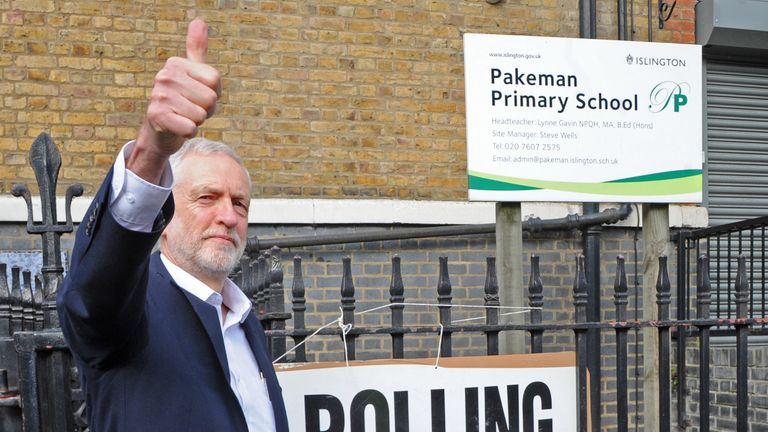 Re-elected MEP Seb Dance said: “The penny must drop. We owe it to our values and the communities we represent to be honest about what Brexit is, the harm it will do to our countries and to give people the chance to stop it.”

Mr Corbyn hinted that the party could shift its position, saying: “Over the coming days we will have conversations across our party and movement, and reflect on these results on both sides of the Brexit divide.”

Change UK failed to make a breakthrough in its electoral debut, not registering a single MEP and only getting 3.4% of the vote.

After topping the polls under the leadership of Mr Farage in 2014, UKIP lost all 23 of its MEPs and saw its share of the vote drop by more than 25%. 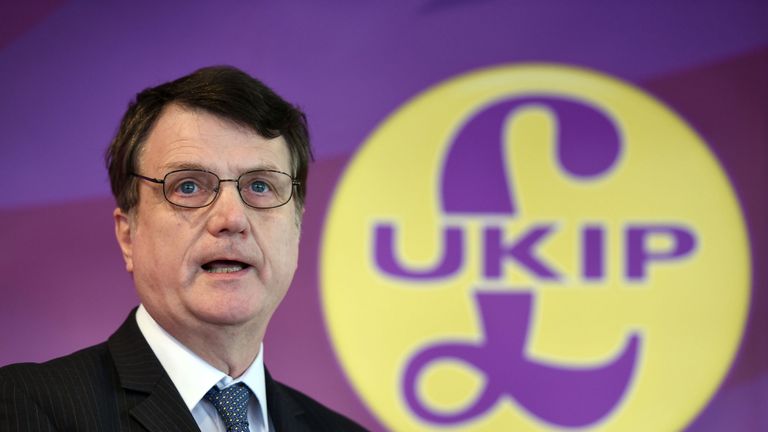 Leader Gerard Batten also lost his seat in London, which could lead to questions about his future in the job.

Although the Brexit Party emerged victorious, the results suggest the country is split on Brexit.

If you were to add up the votes of all of the parties that firmly back Remain (the Liberal Democrats, Change UK, the Greens and Plaid Cymru) you would get 38%.

The total of the no-deal supporting parties (Brexit Party and UKIP) is 37%.

Intriguingly, if you were to put Labour in the Remain column, this would put it on 53%, compared to 46% on the Leave side if you included the Tory vote share.