The European Union’s chief negotiatior Michel Barnier has warned the bloc remains unsure on whether to allow the UK to export food into the union because of a lack of clarity on future health and safety regulation. The warning came in the aftermath of Prime Minister Boris Johnson announcing major changes to the Brexit Northern Ireland protocol struck last year through his new Internal Market Bill. Formern Northern Ireland Secretary Theresa Villiers insisted she will support the proposed amendment to the protocol as she demanded Brussels shelve their exclusionary threats.

Ms Villiers told the BBC’s Today programme: “It’s just not acceptable for the EU to sit back and run down the clock when the default option is a full customs border in the Irish Sea.

“It’s not acceptable for the EU to say that there are circumstances that they could eventually fail to list us as a third country to export food.

“And therefore impose a de facto ban on transporting food between Great Britain and Northern Ireland.”

BBC host Mishal Husain suggested Brussels is seeking clarity about potential changes to health and safety regulations in the future but Ms Villiers said the demands made of Britain do not meet the usual standards applied on other countries. 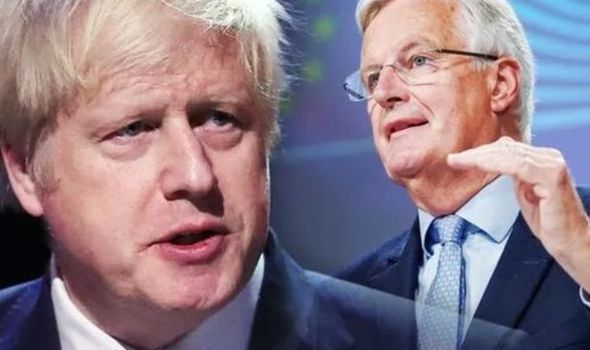 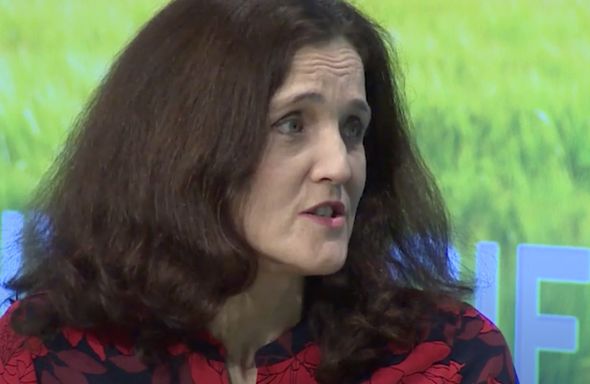 She continued: “Our food standards are exactly the same as the European Union.

“In the case of other countries, the EU is prepared to list them as acceptable third countries for exporting food on the basis that any future changes to food standards will be appropriately notified to the European Union.

“Whereas with us, they are imposing an additional obligation to cut and paste EU rules for a future period.

“The Government is clear that Brexit means taking back control of our laws and our rules, not cut and pasting European Union rules.”

Ms Villiers added: “The best outcome of these negotiations is certainly a trade deal between the European Union and the UK.

“It’s in the interests of both sides that we achieve that but if it turns out that it’s not possible to secure an agreement by the end of the transition, we’ll still be doing billions of pounds of business with the EU.

“I’m confident that in then future we would get a trade deal.

“The only issue is how quickly that will take place.”