Parliament’s Foreign Affairs select committee called lead EU negotiator Lord Frost to provide evidence this morning (June 22). He informed MPs on developments in the UK and EU’s relations following Brexit on January 1. The Tory peer touched on points of tension with his counterparts across the English Channel, leading to a situation he believes would have surprised Brexiteers.

What are the remaining points of tension between the EU and UK?

The UK’s relations with the EU were at a low point when it left the EU, as, despite promises to “get Brexit done”, the process is far from over.

Lord Frost and other ministers have clashed with the bloc’s representatives on many issues, but some have stung relations more than others. 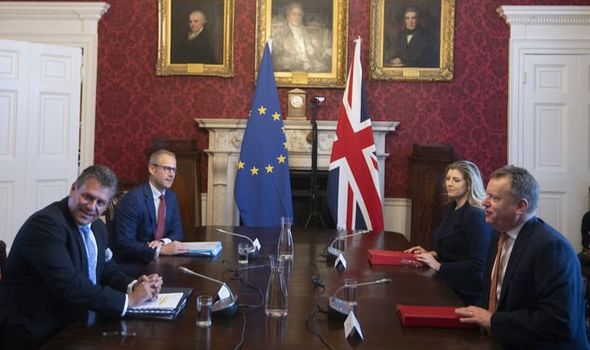 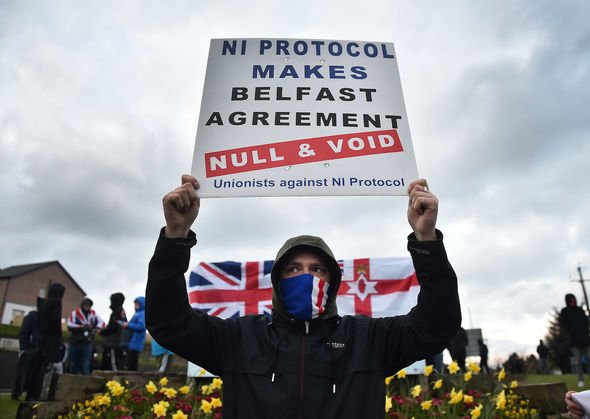 The Northern Ireland protocol is currently a heated topic for British and EU negotiators.

Government negotiators and MPs have voiced their opposition to the parameters set out by the protocol, and want to redesign the agreement they rushed to greenlight in Parliament.

The protocol has ensured an open border between Northern Ireland and the neighbouring Republic of Ireland by having the north continue to follow many EU rules.

A “regulatory” border between mainland Britain and the island of Ireland is now international law, with inspections on Northern Ireland’s ports.

Unionist politicians have exerted pressure on the Government to pursue a more unified approach to food checks that include Northern Ireland in a UK-wide regulatory framework.

Mr Frost told the committee: “We are trying to find solutions at the moment.

“There is not a huge amount of engagement on all of them”. 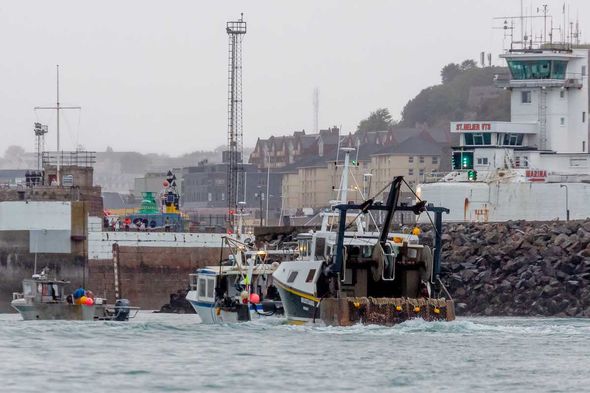 Arguments around chilled meat entry requirements have sprung from discussions on the Northern Ireland Protocol.

Since Northern Ireland is wrapped in EU legislation, this ban applies both to them and the EU27.

A six month “grace period” has kept sausages moving from Britain to Northern Ireland, however, which comes to an end on June 30.

The Government has requested an extension on this, with ministers branding the ban “nonsensical”.

And it is now attempting to force an extension without EU agreement, ratcheting up tensions.

Lord Frost confirmed both parties are “thinking very actively” on how to approach the issue. 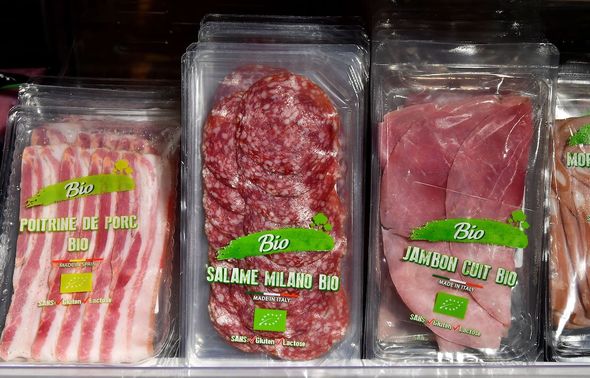 The EU has announced plans to review the dominant presence of British media in the bloc.

Brussels has recently announced plans to review the parameters of what qualifies as “European works”, which include productions in EU quotas.

As the UK has now left the EU, the bloc and some countries will want to redefine the EU’s audiovisual media services directive definition to give preference to “European” productions.

Lord Frost told the committee: “If the EU choose to harm themselves and their viewers by excluding some categories of UK content we can’t stop them, but I’m sure good sense will prevail and we won’t be in that position.”

Jersey waters hosted one of the most dramatic post-Brexit scenes earlier this year.

At the time, fishermen accused Jersey authorities of limiting access to waters near the Channel Islands.

French boats can use these waters with proof they operated there for at least ten days over the last three years.

Jersey authorities published the licenses of 42 French boats allowed to operate, but with additional conditions permitting only 12 lines per ship.

They also requested the ships temporarily respect the closure of bream nesting areas.

But French authorities claimed the conditions were “not arranged or discussed”, and the European Commission said they breach the trade and cooperation agreement.

The French government responded with threats to cut its supply of electricity via submarine cables to Jersey.