With Mr Biden closing in on victory but allegations from Donald Trump about voter fraud, UK ministers have avoided commenting on the election and instead waited to see what the final outcome is. However, international trade secretary Liz Truss has made it clear that she believes a UK/US trade deal will happen whatever the result. Concerns had been raised that Mr Biden and the Democrats might block a trade deal because of the Irish American lobby in the party.

Democrat House Speaker Nancy Pelosi had threatened to use their majority to stop the deal over Boris Johnson’s internal market bill after claims it undermined the Northern Ireland peace process.

Mr Biden was also Barack Obama’s vice president when the then American president said in 2016 that Britain would be “at the back of the queue” for trade deals if it chose Brexit.

But MPs have told the Sunday Express that they have been told “not to worry”.

One said: “We have been briefed that the concerns over Mr Biden and the Democrats are inflated and that talks with them have been ongoing throughout the process as well as the Trump administration.”

Another added: “On the face of it a Biden presidency is not good but reports that Boris is holding up a deal with the EU to see if Biden wins are not true.

“We have been assured that the democrats want a trade deal too. But nobody wants to comment publicly at the moment because it is such a mess in the States.” 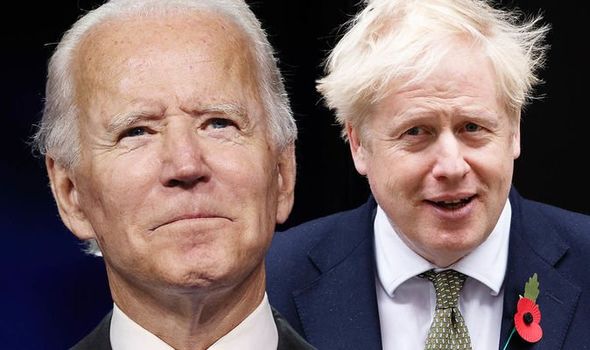 Last month, in an exclusive interview with the Sunday Express, Ms Truss publicly dismissed the concerns about the Democrats.

She said: “We are completely committed to the Good Friday Agreement so we can address all the concerns  that have been raised. During the talks I have been having, as well as talking to my counterparts in the trade department, I have also been talking to the Democrats and Republicans.

“That’s clearly important because every deal has to be passed through Congress and there is strong cross party support for a deal with the UK.

“So I think the Americans are as excited about the opportunities for that as we are.” 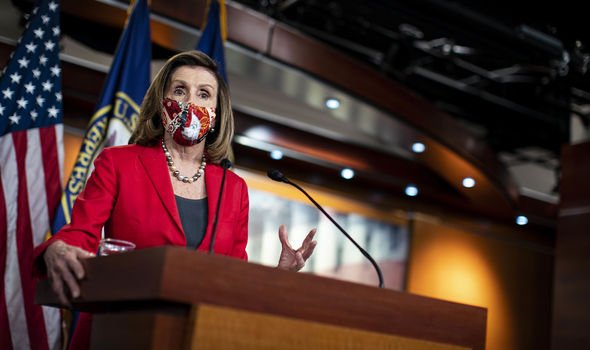 In the interview she also noted that the US is keen to link the world’s two biggest financial services centres in the City of London and New York.

A deal with the US will boost trade annually by an estimated £15.3 billion and wages by £1.8 billion particularly benefiting Scotland, the North East and the Midlands.

Currently UK companies pay £500 million in tariffs to the US which she wants ended.

“We particularly want those unfair tariffs removed on Scotch whisky.” 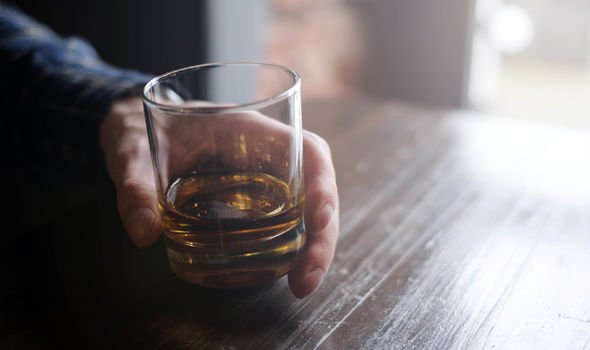 Ms Truss has already secured a deal to allow British beef to be sold in the US after decades of it being banned following the outbreak of mad cow disease and is working on an end of a ban on lamb.

However, some of her colleagues in the cabinet are concerned that a Biden presidency will be problematic.

A senior cabinet minister told the Sunday Express: “Biden is anti-British. He is caught up with the Irish lobby in the Democrats and he was Obama’s vice president when he said we would be ‘at the back of the queue’ after Brexit.

“It’s obvious that Trump wants a trade deal with us and we would get it done but the democrats have already made it clear that they would block it.”