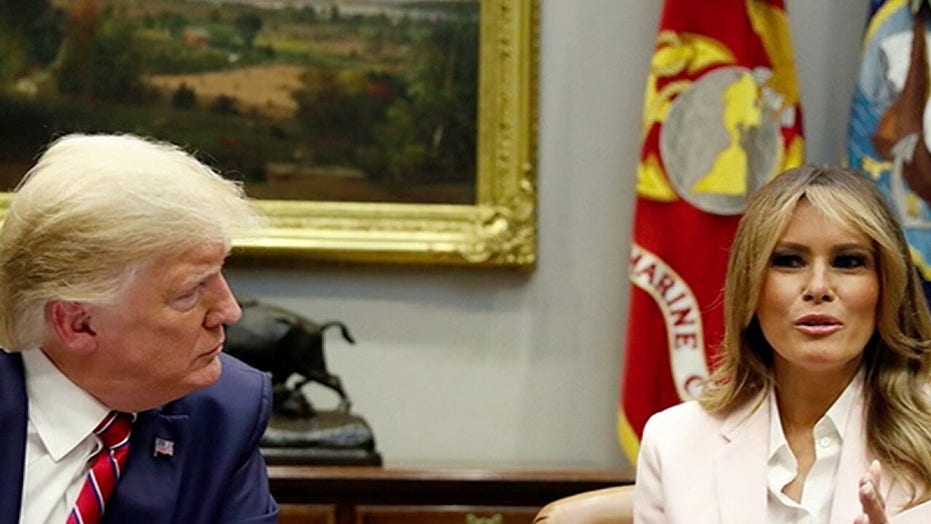 ‘Hannity’ anchor Sean Hannity sends his prayers to the Trump family and provides insight into the progress made with coronavirus trials, pandemic response.

First lady Melania Trump will not accompany President Donald Trump to a campaign rally in Pennsylvania Tuesday evening due to a “lingering cough” despite having recovered from the novel coronavirus. 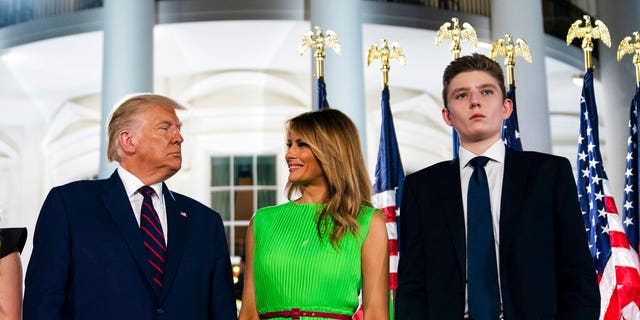 FILE: Barron Trump right, stands with President Donald Trump and first lady Melania Trump on the South Lawn of the White House on the fourth day of the Republican National Convention in Washington.
(AP)

“But with a lingering cough, and out of an abundance of caution, she will not be traveling today,” Grisham said in a statement.

The statement comes ahead of President Trump’s scheduled “Make America Great Again!” rally in Erie, Pa., later Tuesday – just two days before the candidates will face off for the second and final presidential debate on Thursday night.

Mrs. Trump's last public appearance was during the Sept. 29 presidential debate in Ohio. She and President Trump announced in early October that they had both tested positive for the virus. Their results came after close aide Hope Hicks also tested positive.

The first lady announced last week that she had tested negative.

Trump Takes Credit For Stock Market High, Gets Dragged Down On Twitter

Brazile & Daughtry: David Dinkins, NYC’s only Black mayor, broke barriers and was a champion for equality