The retired Navy captain was convicted of obstruction of justice in the search for a worker who drowned at the base following a drunken fight over an adulterous affair. 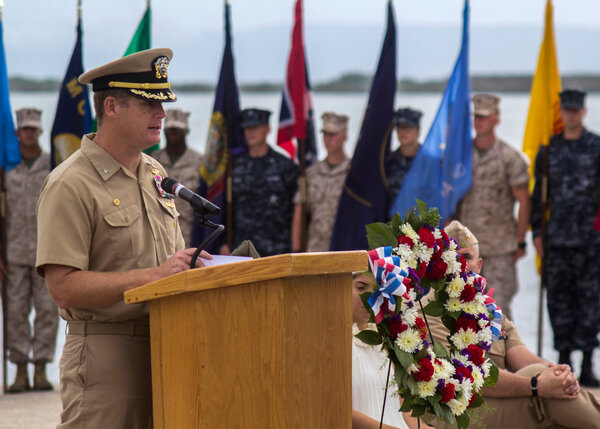 This article was produced in partnership with the Pulitzer Center on Crisis Reporting.

WASHINGTON — A federal judge sentenced a former commander of the Navy base at Guantánamo Bay, Cuba, on Thursday to two years in prison for trying to cover up a drunken fight with a commissary worker who was later found dead in the bay.

Testimony at the trial showed that the fight inside the official residence of the now retired Navy captain, John R. Nettleton, 54, followed a night of drinking during a celebration at the base’s private officer’s club. At the party, the man who died, Christopher Tur, 42, loudly accused Captain Nettleton of having an affair with his wife.

U.S. District Judge Timothy J. Corrigan announced the sentence, on six criminal counts including obstruction of justice, after a nearly daylong hearing in Jacksonville, Fla. During the hearing, Mr. Tur’s mother and siblings emotionally urged a severe sentence while three former military officers described Captain Nettleton as a veteran combat helicopter pilot who had led a life of integrity.

“Any period of incarceration is anything but a slap on the wrist,” the judge said in handing down the sentence through a mask in the largest hearing of the pandemic at the courthouse, with some people participating or listening by telephone and others watching on a video feed. “Captain Nettleton is being held to account, and I think it is appropriate and I hope it can be seen in that light.”

Federal prosecutors had sought 37 to 46 months in prison, citing sentencing guidelines. The defense lawyers had urged no time, or home confinement.