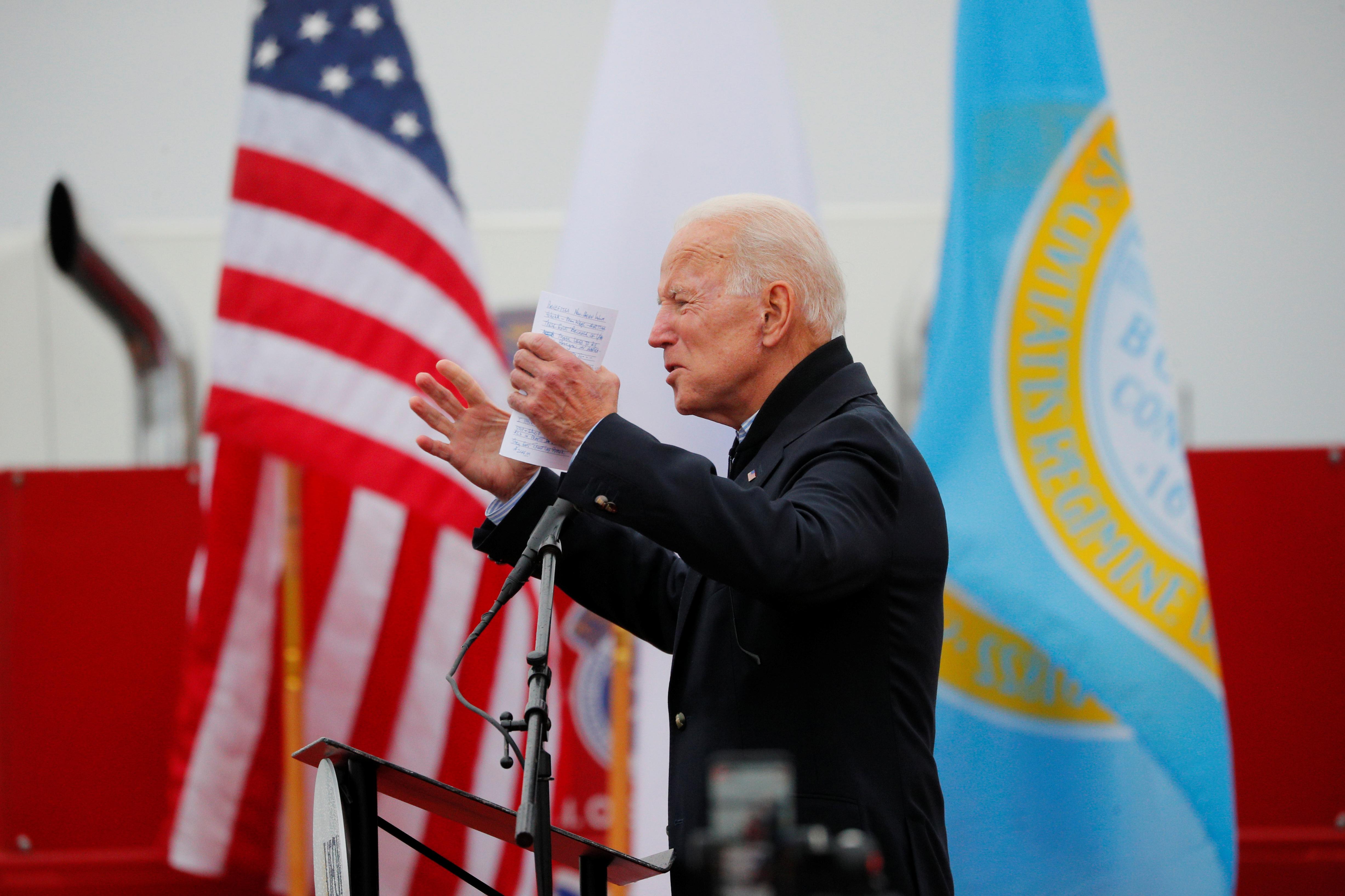 WASHINGTON (Reuters) – Former U.S. Vice President Joe Biden will announce on Thursday that he is seeking the Democratic Party’s presidential nomination for the 2020 election, a source familiar with the plans said on Tuesday.

Biden, 76, a longtime senator who served for eight years under Democratic President Barack Obama, would join a crowded field of nearly 20 other candidates seeking to defeat Republican President Donald Trump.

Biden is expected to make his announcement by video and would bring an end to months of speculation about whether he would challenge Trump, who followed Obama in the White House following his 2016 victory over Democrat Hillary Clinton.

Next Monday, Biden will meet with union workers in Pittsburgh, Pennsylvania, a pivotal state that backed Trump in 2016, the source said.

Trips will follow to all four early voting states – Iowa, New Hampshire, South Carolina and Nevada – in coming weeks, the source said, adding the details were still being completed.

Biden unsuccessfully ran for the presidency in 1988 and 2008. He has faced questions in recent weeks about his history of touching strangers at political events, with several women coming forward to say he had made them feel uncomfortable. Biden has said he believed he never acted inappropriately but would be more mindful about his behavior.