Members of the House Judiciary Committee questioned Hicks for nearly seven hours on Wednesday in a closed-door hearing. Democrats expressed some frustration with the former aide for refusing to answer any questions about her time at the White House.

Democrats on the committee said lawyers representing the Trump administration blocked Hicks from answering questions 155 times. Hicks and her legal team said she was “following the instructions from the White House.” 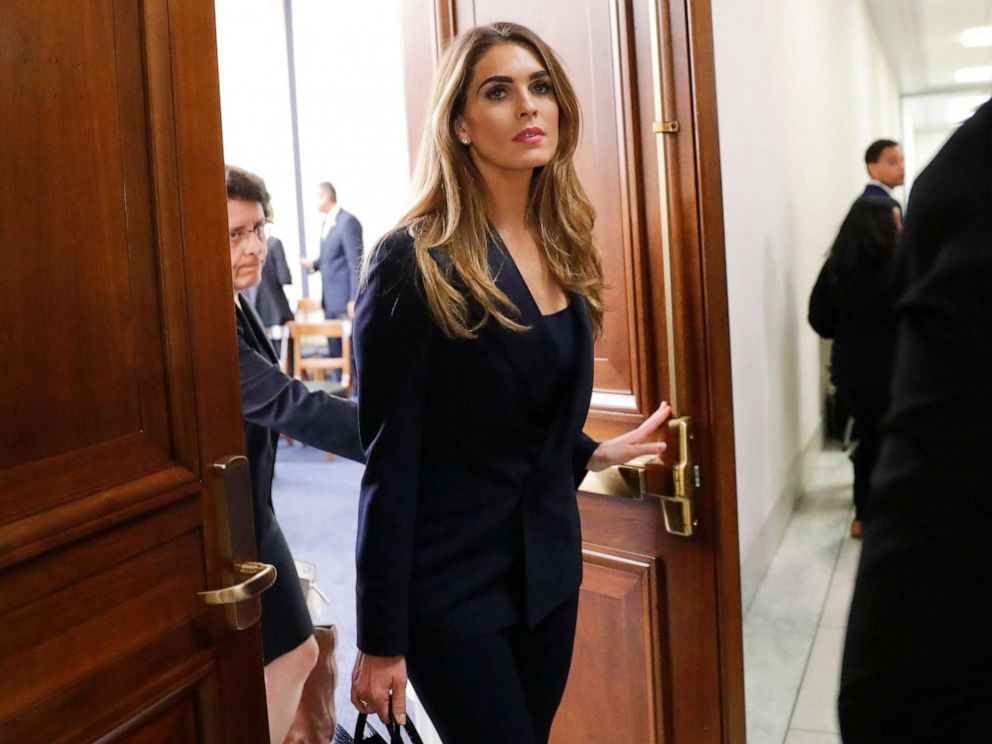 Hicks served as one of President Donald Trump’s closest advisers, ending her tenure as the White House communications director in March of 2018.

In one notable exchange with lawmakers, asked whether she would accept damaging information about an opponent in a political race, according to the transcript, Hicks said “no, I would not,” adding that she would contact the FBI, if offered “genuine or credible” such information.

The president later told Fox News that he would contact the FBI.

After tweeting on Wednesday that Democrats were putting Hicks “through hell,” Trump told reporters on Thursday at the White House that he “heard she was terrific” during the hearing.

“She is a great, great person,” Trump added. “And she was terrific yesterday.”

Lawmakers peppered Hicks with questions about the Trump campaign’s inner workings. During a line of questioning from Rep. David Cicilline, D-Rhode Island, Hicks was asked whether the campaign was “happy to receive information damaging to Hillary Clinton.”

“I think that ‘happy’ is not — I don’t think that’s a fair characterization,” Hicks replied. “I think ‘relief that we weren’t the only campaign with issues’ is more accurate.”

In the special counsel’s report, investigators found that “by the late summer of 2016, the Trump Campaign was planning a press strategy, a communications campaign, and messaging based on the possible release of Clinton emails by WikiLeaks.”

Asked by Rep. Cicilline whether she had read the report, Hicks snapped back, “No, sir. I lived the Mueller report.”