As the Republican Party seeks to delegitimize President-elect Joe Biden’s victory, Fox News hosts are acting as eager accomplices in spreading false claims of voter fraud and lending their immense platforms to conspiracy theories that undermine trust in democracy.

To be sure, Fox News host Laura Ingraham initially nudged President Donald Trump to act with “grace and composure” in defeat, and reporters on the network’s news side have pushed back against Trump campaign officials for their claims of election theft. Yet rank disinformation elsewhere on the network is overwhelming these acknowledgments of Trump’s election loss.

On host Sean Hannity’s show last week, Sen. Ted Cruz (R-Tex.) spread the debunked claim that officials have blocked Republican election observers from viewing vote-counting. Former House Speaker Newt Gingrich, also appearing on Hannity, nonsensically suggested that authorities should arrest people blocking observers and repeated the falsehood that officials are counting ballots in secret to manipulate the vote. (Both Republican and Democratic observers are present at the vote-counting centers, and Philadelphia has a public livestream of the count.)

Fox News and other right-wing outlets are embracing a conservative myth that Trump is the real victor of last week’s election and that Biden was only declared the winner because of election fraud and media interference. Pro-Trump media activists and Republican officials have fixated on a number of baseless conspiracy theories to back up that narrative, notably that election officials or Democrats blocked Pennsylvania poll watchers from the ballots.

That claim has been widely debunked by a variety of fact-checkers, on-the-ground reporters, and even by Fox News itself. Trump, meanwhile, has repeatedly spread disinformation that “observers were not allowed in the counting rooms” and that “bad things happened.” 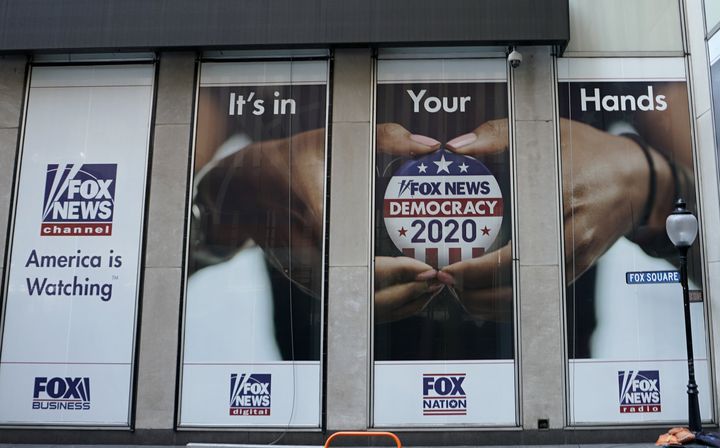 At times, Trump’s own lawyers, who are suing to invalidate ballots and challenge election results in several states, have contradicted Trump’s conspiracy theories. In one case, Trump lawyer Jonathan S. Goldstein was forced to admit that he had no evidence of any fraud concerning a tranche of 592 ballots Trump was trying to get invalidated.

“Are you claiming that there is any fraud in connection with these 592 disputed ballots?” Judge Richard P. Haaz asked Trump’s lawyers.

“To my knowledge at present, no,” Goldstein replied.

Another Trump lawyer admitted that there were indeed observers in Philadelphia’s counting room after Eastern District of Pennsylvania Judge Paul Diamond specifically asked about it.

“I’m sorry, then what’s your problem?” Diamond asked after Trump’s lawyer confirmed that observers were present.

Republicans have presented scarce and flimsy evidence to claim that there is widespread voter fraud, some of which has already fallen apart under investigation. One Pennsylvania postal worker who claimed he witnessed voting irregularities has recanted his claims, investigators told The Washington Post, and he signed an affidavit stating that his initial allegations weren’t true.

Fox News has helped the GOP’s disinformation campaign and peddled numerous conspiracy theories surrounding the election, including by discussing widely debunked allegations that Sharpie pens somehow invalidated Republican ballots in the swing state of Arizona. It has also featured numerous guests who outright claim Trump has won the election.

The network’s willingness to promote flagrant falsehoods and conspiracy theories has been especially prominent during its prime-time shows, with hosts such as Ingraham — who despite her brief nod toward Trump accepting his loss last week, has also backed up his claims of malfeasance. On Tuesday night, she interviewed an anonymous woman with a digitally altered voice and image who claimed to be a Nevada poll worker who witnessed voter fraud.

Tucker Carlson, the network’s top-rated host, promoted debunked claims and characterized unproven voting irregularities as an existential threat to democracy. Carlson claimed on Monday that voter fraud did occur and referenced a discredited narrative that dead people cast ballots. Then, on Tuesday, he asserted that “we need to find out exactly what happened in this election.” (He has also somewhat hedged his support for Trump, telling viewers he had to be “honest” that it wouldn’t change the result of the election.)

The conspiracy theories amplified on Fox News are also part of a wider effort from pro-Trump media to discredit Biden’s win. Far-right media outlets such as Newsmax and One America News have blanketed their coverage of the election with falsehoods and wild allegations of election fraud, in some cases racking up millions of views on Facebook with debunked claims. These outlets have also tried to capitalize on Trump supporters’ anger toward Fox News’ decision desk, which called the election, and specifically the state of Arizona, for Biden.

“The Democrat Party hack that Fox News has become was upset that Trump had a clear victory in Florida and was trying to breathe life into the Biden campaign,” OAN host Christina Bobb claimed during a bizarre segment attacking the rival right-wing network.

Along with Fox News accurately calling the race for Biden, some of its anchors have taken an unusual step for the network: They’ve challenged conspiracy theories about voter fraud and have fact-checked bogus claims ― including about Pennsylvania’s poll watchers. On Monday, anchor Neil Cavuto intentionally cut away from White House press secretary Kayleigh McEnany’s press conference as she spread groundless allegations of voter fraud. Even Fox News reporter Eric Shawn, who has propagated falsehoods of voter fraud in the past, condemned the Trump campaign’s baseless poll watcher claim.

“It’s not true. It’s just not true. The election poll watchers ― they are called canvas watchers ― Republicans, have been in that room where they are supposed to be, standing alongside with the Democrats,” Shawn said.

But later that night, and throughout this week, Fox News’ prime-time lineup was back, echoing the Trump campaign’s conspiracy claims to millions of viewers.

Brexit goes down to the wire, as the EU and UK say big differences remain