The party was hit with a humiliating defeat in the Hartlepool by-election with voters rejecting the Labour candidate to elect a Tory MP for the first time. Scores of local council seats have also been lost by Labour across the country.

Responding to the dire results emerging across the UK, Sir Keir this afternoon said he took responsibility, before then criticising Labour MPs and activists for internal party fighting.

“We have changed as a party but we haven’t set out a strong enough case to the country, very often we have been talking to ourselves instead of to the country and we’ve lost the trust of working people, particularly in places like Hartlepool.

“I intend to do whatever is necessary to fix that.” 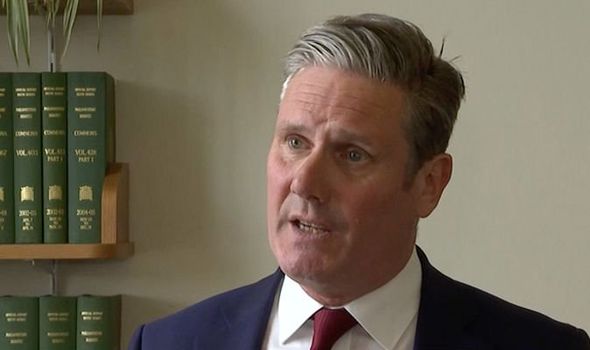 Visibly techy, Sir Keir said he would outline his plan to change Labour’s appeal to voters in the coming days, adding Labour had spent too much time bickering amongst itself.

He said: “It means stopping as a party quarrelling among ourselves, looking internally and facing the country and setting out that bold vision for a better Britain and changing the things that need changing.

“That is the change I will bring about.”

The Conservative party’s Jill Mortimer won the Hartlepool by-election with a majority of 6,940.

The seat has been Labour-held since it was formed in 1974. 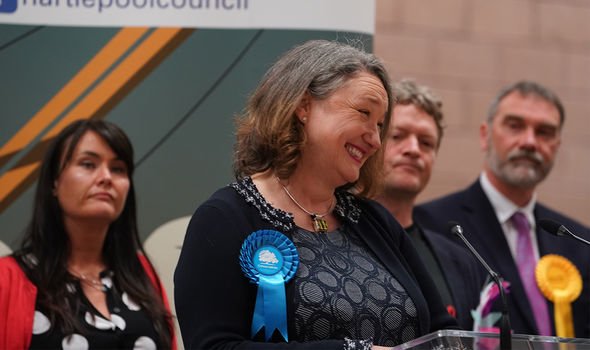 Election analysts said it was the biggest swing of votes to the governing party at a by-election since World War Two.

Since the result emerged this morning, MPs of the Left and the Right of the party have been vocal in calling for a change in direction.

The party’s warring factions blamed each other for the losses.

Allies of Jeremy Corbyn have urged a return to the radical policies he offered in the 2019 election, while allies of Sir Keir have said the results prove the party needs to move more to the centre-ground.

Rejecting the calls for change, the Labour leader said: “This is not a question of left or right. It is a question of whether we are facing the country.

“Crushing defeat for Labour in Hartlepool. Not possible to blame Jeremy Corbyn for this result.

“Labour won the seat twice under his leadership. Keir Starmer must think again about his strategy.”

“We are going backwards in areas we need to be winning. Labour’s leadership needs to urgently change direction.

“It should start by championing the popular policies in our recent manifestos – backed by a large majority of voters.”

“We need for once in this party to learn the lessons of those victories as well as those defeats, and I hope very much that when Keir and his colleagues in the shadow cabinet say this means that we have got to change direction that they actually mean it.”