EXCLUSIVE – Embattled Rep. Matt Gaetz will speak at a conference in Florida later this week in front of an organization that strongly supports former President Donald Trump.

Fox News has learned that Gaetz – the three-term Republican congressman who represents the western half of Florida’s panhandle and is one of Trump’s most ardent and vocal supporters on Capitol Hill – will give an address Friday evening at the Save America Summit. The gathering is being held at the former president’s Doral golf club and resort in Miami.

The Save America Summit, which is being held Thursday through Sunday, is organized and hosted by the pro-Trump organization Women for America First.

It will likely be the first time that Gaetz will speak in front of a live audience since reports surfaced last week that the FBI has been investigating him since last summer, amid allegations he had sex with a minor and paid for sex with women of legal age. The congressman has denied the allegations, including during an interview last week on Fox News.

“We are aware of the controversy surrounding Congressman Gaetz,” Women for America First chair Amy Kremer told Fox News in a statement. 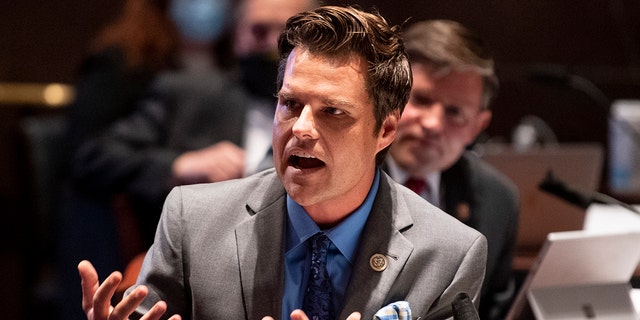 The group also organized the Jan. 6 rally of Trump supporters near the White House, where Trump once again falsely declared that the presidential election was “stolen” from him.

Many of the Trump supporters attending the rally marched to the U.S. Capitol, where right-wing extremists and other backers of the then-president launched an insurrection in an attempt to upend congressional certification of now-President Biden’s Electoral College victory over Trump.

“We know firsthand what it is like to be treated unfairly by the mainstream media. We know that partisan political witch hunts are standard operating procedure for many in the media,” Kremer charged. “We believe that you are innocent until proven guilty.”

Kremer praised Gaetz, saying that the congressman has been a “fearless leader in Washington.”

INSIDE THE ALLEGATIONS SURROUNDING MATT GAETZ

“Few members of Congress have been more willing than Matt to stand up and fight on behalf of President Trump and his America First Agenda,” she said. “We are honored to have Congressman Gaetz speak at the Save America Summit.” 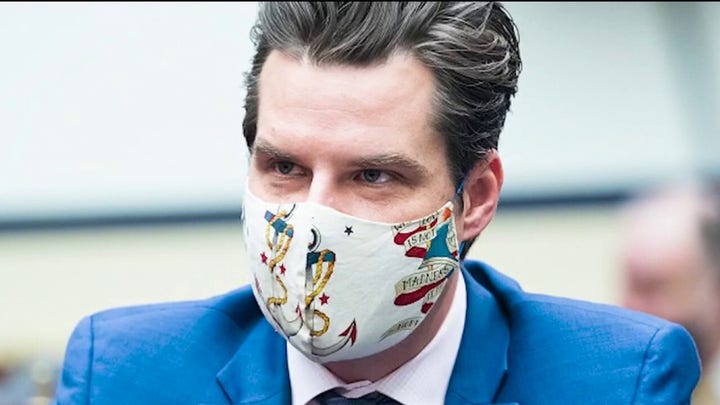 Among the conservative politicians also speaking at the summit is Rep. Marjorie Taylor Greene of Georgia, who was removed from her committee assignments by the House Democratic majority for her past social media postings in support of conspiracy theories. Greene is scheduled to introduce Gaetz at the conference.

Organizers say that among the topics that will be focused on during the confab are “election integrity,” “big tech and censorship” and “defeating the radical Biden/Harris agenda.”

Sen. Rand Paul of Kentucky and Reps. Louie Gohmert of Texas and Kat Cammack of Florida are among the other conservatives speaking at the event. There’s speculation — but no confirmation — that the former president will make an appearance at the summit.

While Gaetz has long been one of Trump’s top supporters in Congress, neither the former president or any of his allies have come forward to publicly defend him since reports broke that he’s the subject of a federal sex trafficking investigation.