GB News host Dan Wootton spoke on Monday about how he thinks the past energy policies of politicians, such as Nick Clegg and Theresa May, have contributed to the energy crisis Britain faces this winter.

He said: “How the hell have we got here? We are facing an existential energy crisis this winter. In fact, it’s an energy catastrophe.”

Wootton also stated: “Bills have not been kept down, competition has been destroyed, and many energy suppliers have been declared bankrupt.”

Mr Wootton blamed Nick Clegg, who was Deputy Prime Minister from 2010 until 2015, for his “disastrous” decision to reject nuclear power.

The presenter said nuclear power was “both safe and environmentally friendly” and that the former Liberal Democrat leader rejected nuclear power “because it wouldn’t be available until exactly when we need it”.

GB News then cut to a video clip of Mr Clegg in which the ex-Sheffield Hallam MP said: “One of the most optimistic scenarios from the government itself, there’s no way they’re going to have new nuclear come on stream until 2021 or 2022. It’s just not even an answer.” 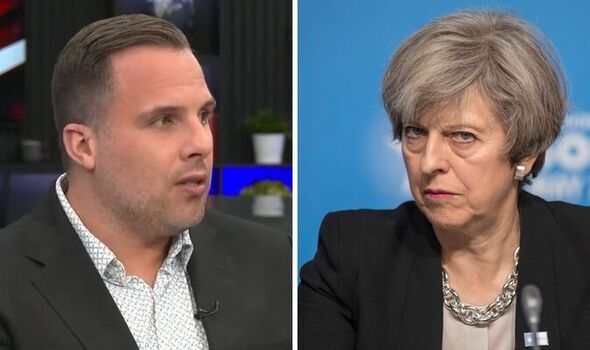 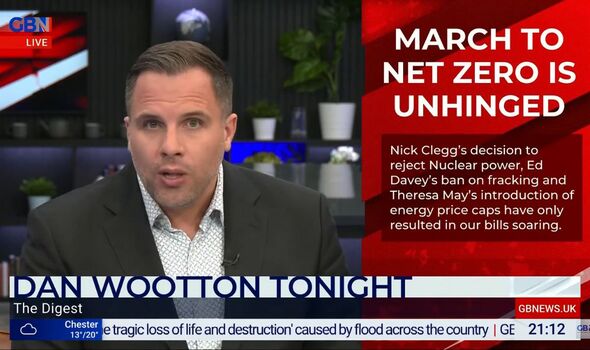 He said that Mrs May’s decision to cap energy prices had “failed spectacularly”.

The presenter also spoke about Mrs May’s net zero policy, which is the policy that human-caused carbon dioxide emissions must reach ‘net zero’ by 2050 to avoid the worst impacts of climate change.

Britain became the first major economy to commit to net zero by 2050 when Theresa May announced the policy in June 2019.

At the time, she said: “This country led the world in innovation during the Industrial Revolution, and now we must lead the world to a cleaner, greener form of growth.

“Standing by is not an option. Reaching net zero by 2050 is an ambitious target but it is crucial that we achieve it to ensure we protect our planet for future generations.”

However, Mr Wootton said: “May’s decision to damn us to net zero by 2050, a last-minute move made in the month before she was booted from Number 10, nodded through with hardly any debate given the life-changing nature of the policy.” 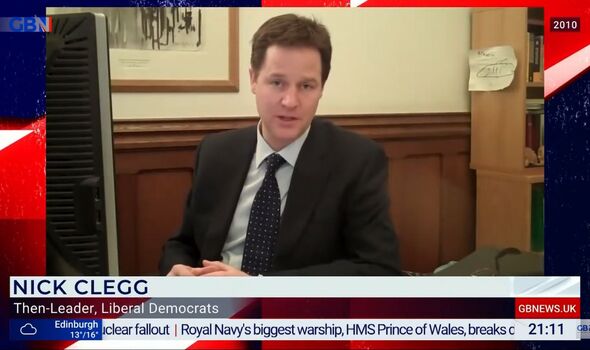 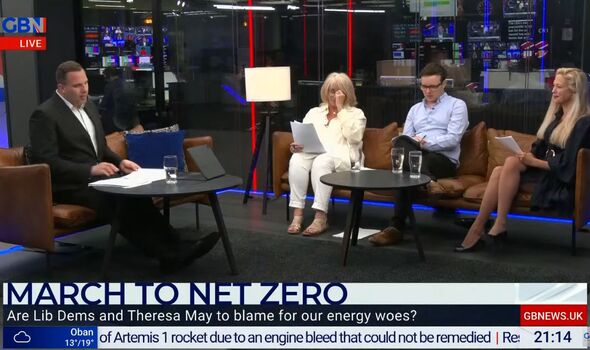 Mr Wotton ended his segment by saying Britain’s next Prime Minister must “reverse the damage and decline”, which he believes was “started by Clegg’s Lib Dem coalition and picked up by Theresa May”.

The GB presenter then spoke to his guest panellist about the energy crisis, and first spoke with journalist Carole Malone

He said: “Carole Malone, as you know I care about the environment, I really think there are things we can do. But to me, now, at this point in time, the march to net zero by 2050 feels deranged.”

Ms Malone responded by saying: “It is deranged! It’s going to cost a trillion and a half a year to impose the measures necessary.” 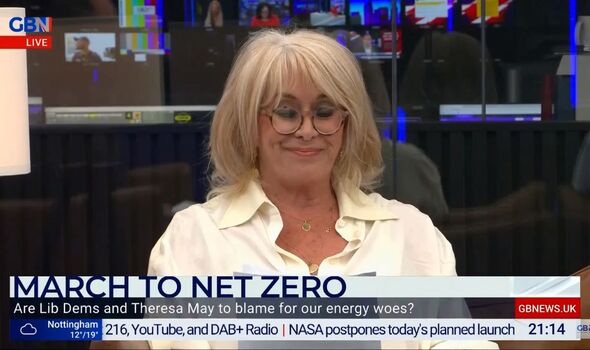 She added: “It makes me cross when they talk about this country. We are responsible for one percent of global emissions.

China, 26 percent, America fifteen percent, India seven and a half percent. None of those has committed to 2050 in the way we have.”

The journalist also criticised Mrs May’s policy by claiming the former Prime Minister “did this without a plan”.

Ms Malone said: “She did this with no consultation.

“She didn’t talk to anyone about it, she just announced it a month before she went.”

The journalist added: “She was told that consumers would pay the price in the end and that’s exactly what’s happening now.

“So Theresa May has done a lot more damage in her tenure than Boris ever did.”