Interior Secretary nominee Deb Haaland on Wednesday wrapped up two days of Senate confirmation hearings in which Republicans seemed hellbent on casting her as anti-science ― a bizarre tactic given that she has no such record. But they do.

Republican Sens. John Barrasso (Wyo.), Steve Daines (Mont.) and Bill Cassidy (La.) all pressed Haaland on whether she would follow science as interior secretary. They referenced Haaland’s Oct. 7 tweet claiming that Republicans don’t believe in science and appeared to take offense to it.

“Three senators on this committee are medical doctors,” Barrasso, the top Republican on the Energy and Natural Resources Committee, said Tuesday, noting he was one of them. “Pretty broad statement that you made there … Do you think as medical doctors, we don’t believe in science? How do you stand by the statement?”

“I do hope you’ll respect the science,” Daines told Haaland, a Native American congresswoman who currently represents a New Mexico district. “I’m a chemical engineer. We have some physicians on this committee as well on the Republican side of the aisle. I hope you’ll think about retracting that unfortunate comment.” 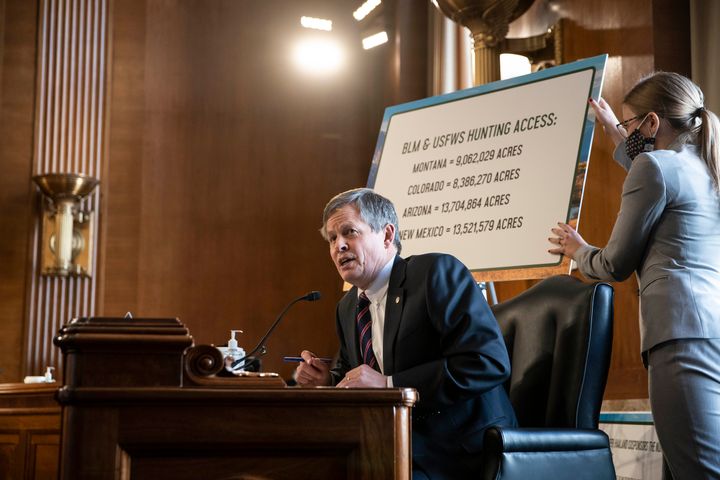 Cassidy cited Haaland’s position “as to how Republicans view science” when asking about President Joe Biden’s decision to halt construction on the Keystone XL pipeline.

None of the senators mentioned the context of Haaland’s tweet, which came in the middle of the 2020 vice presidential debate in which now-Vice President Kamala Harris was describing the Trump administration’s disturbing practice of erasing the word “science” from various U.S. government websites. Haaland’s tweet came right after another tied to Harris’ remarks about President Donald Trump’s attacks on science.

“Do you know this administration took the word ‘science’ off the website? And then took the phrase ‘climate change’ off the website?” Harris said in that debate. “We have seen a pattern with this administration which is they don’t believe in science … Donald Trump, when asked about the wildfires in California and the question was, you know, ‘The science is telling us this,’ you know what Donald Trump said? ‘Science doesn’t know.’”

In the hearing, Haaland kept her response to Barrasso simple: “Senator, yes, if you’re a doctor, I would assume that you believe in science.”

But all three of these senators ― medical degree or not ― have records of dismissing basic science. In a stunning 2015 Senate vote, Barrasso, Daines and Cassidy joined most of their Republican colleagues in rejecting the idea that human activity is “a significant contributor” to climate change, a conclusion on which scientists overwhelmingly agree. 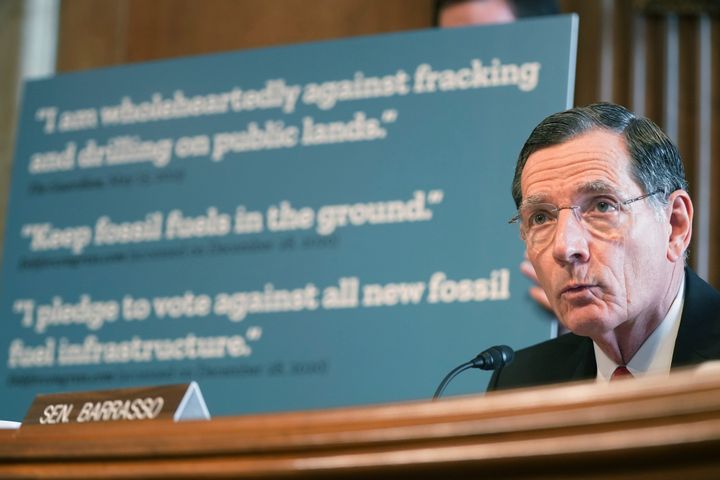 There’s plenty of other cases where these senators bucked science for political or self-serving reasons. Barrasso twice introduced legislation, in 2014 and 2015, aimed at restricting how the Environmental Protection Agency can use science, in an effort to benefit fossil fuel industries. Daines, who previously advocated teaching creationism in public schools, has repeatedly and falsely claimed that lawsuits from anti-logging environmental extremists are to blame for the uptick in wildfires, not climate change.

Cassidy, a physician, made no effort to publicly repudiate Trump’s dangerous medical advice that people could treat the coronavirus by ingesting disinfectants. Trump’s comments led to upticks in calls to poison centers and accidental poisonings.

“The president speaks in such a way, people are not going to inject themselves,” Cassidy said in an April 2020 interview on CNN’s “Inside Politics,” repeatedly refusing to call out Trump’s claims. “When I hear this kind of conversation around that, I think to myself, we should be talking about, how do we use data to guide where we can reopen the economy, not about what the President said on Lysol because really no one is going to inject themselves with Lysol.”

Perhaps the most glaring problem with GOP senators claiming to be the party of science is their years of silence under Trump. The former president routinely dismantled science-based health and safety protections, sidelined scientific evidence and rolled back progress on scientific integrity. The attacks were so prolific that the Union of Concerned Scientists has a searchable database of all the ways his administration tried to weaken science and public understanding.

It’s not actually science that these Republican senators are concerned about with Haaland’s nomination, though. It’s Biden’s interest in protecting public lands and investing in renewable energy sources versus their interest in allowing fossil fuel industries to expand drilling on public lands. These senators receive huge amounts of money from the oil and gas industry ― each have taken well over $1 million ― and it was clear from their questions to Haaland that that’s at the top of their minds.

“I’m just hoping that Democrats pay attention to the science,” Cassidy said to Haaland during her hearing. “Is this administration and will your department be guided by a prejudice against fossil fuel or will it be guided by science?”

“Senator, if I could just take the liberty of saying, ‘prejudice against fossil fuels’ perhaps isn’t the way I would describe it,” replied Haaland. “I would say that President Biden is feeling and moving toward the tremendous opportunities that we have in diversifying our energy resources.”