Home » GOP senators to meet with Biden, who's looking for deal on massive spending bill 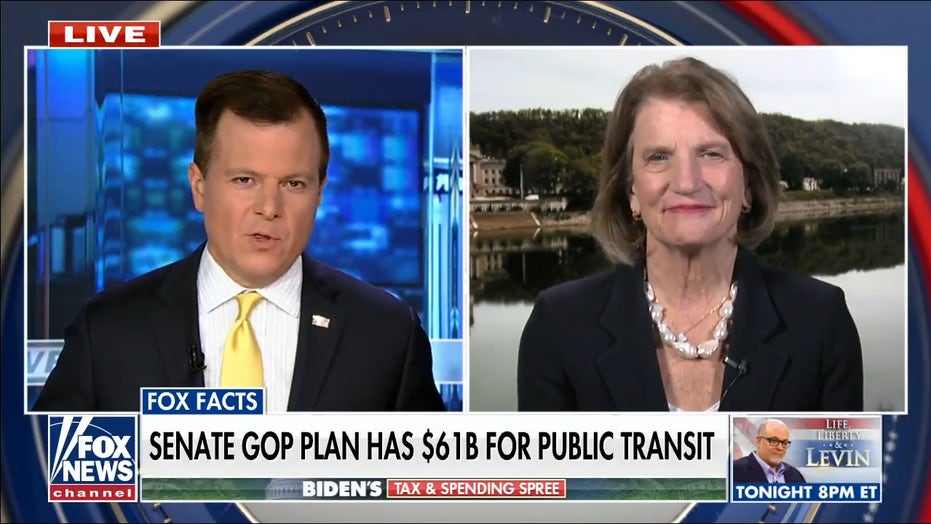 President Biden will court GOP senators next week at the White House in an effort to strike a deal on his spending bill, but Republicans stressed they don’t want tax increases on businesses or any liberal “wish list” items as part of any compromise.

The White House proposed a $2.25 trillion phase one infrastructure and tax plan plus an additional $1.8 trillion spending plan on family infrastructure, such as free community college, universal preschool and a paid family and medical leave program.

Biden on Thursday will meet with Sen. Shelley Moore Capito, R-W.Va., who is leading the GOP counteroffer of $568 billion in traditional infrastructure investments.

“There is potential to come together with the Democrats on a deal if we leave out unrelated provisions like the Green New Deal and so-called climate justice,” Barrasso told Fox News Saturday. “Thursday’s meeting is an opportunity for President Biden to leave his liberal wish list behind and show he’s serious about working together on a bipartisan solution.”

Biden proposes paying for the first package by raising $2 trillion in taxes over 15 years on corporations. The plan includes hiking the corporate tax rate to 28% from 21%, eliminating tax breaks for oil and gas companies and increasing the global minimum tax on U.S. corporations to 21% from 13%.

The federal government ran an annual deficit of $3.1 trillion in the 2020 fiscal year, more than triple the deficit of the previous year, according to the Bipartisan Policy Center. The cumulative national debt now sits at $28 trillion.

Republicans say now is not the time to be increasing taxes on businesses as the economy is still trying to recover from the coronavirus pandemic. 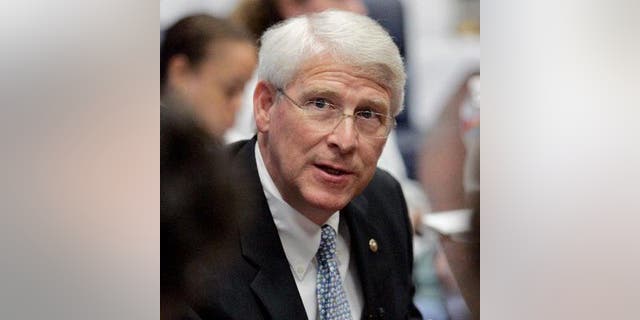 Sen. Roger Wicker, R-Miss., will be meeting President Biden at the White House on May 13, 2021, to discuss infrastructure spending.

“Senate Republicans have a targeted and responsible infrastructure plan,” Wicker told Fox News on Saturday. “If the President will work with us, infrastructure is something we can and should be able to do in a bipartisan way. What there isn’t any appetite for in our conference is a tax increase on job creators.”

The GOP senators say their nearly $600 billion counteroffer is focused on funding for traditional infrastructure such as roads, bridges, public transit and railways, whereas the Biden administration has taken a much more expansive view of infrastructure with funding for affordable housing, home healthcare services, electric vehicles and more.

If Biden narrows the scope to so-called “core” infrastructure, Republicans say there could be a deal.

“Where the common ground is, is actual infrastructure,” Toomey said in Pittsburgh on Wednesday, according to TribLIVE.com.  “It’s roads and bridges and highways and airports and all of the things that we understand are infrastructure, and there is bipartisan support for that. That’s the opportunity for the administration.”

For his part, Biden has been welcoming the conversation and said he’s open to finding a bipartisan path forward with the senators.

A White House official said Friday Biden “appreciates their engagement and the ongoing dialogue on this high priority, and is looking forward to speaking with the group.”

The meeting with GOP senators Thursday will come a day after Biden is scheduled to meet with the top congressional leaders in the White House for the first time.