A sixth woman has reportedly accused New York Gov. Andrew Cuomo of sexual misconduct, the latest among mounting claims against the high-profile Democrat over the past few weeks.

The woman, who is a member of the governor’s Executive Chamber staff, said Cuomo inappropriately touched her late last year during an encounter at the governor’s mansion, where she had been summoned to work, The Times Union in Albany reported Tuesday.

A supervisor in the governor’s office learned of the matter Monday, according to the newspaper, which cited “an official close to the matter” as confirming the allegation’s existence. The Times Union did not reveal the woman’s identity nor was it able to reach her for comment.

The woman had not filed a formal complaint with the governor’s office as of Tuesday. Beth Garvey, acting counsel to the governor, told the Times Union that any allegations are being reported to investigators appointed by New York’s attorney general. 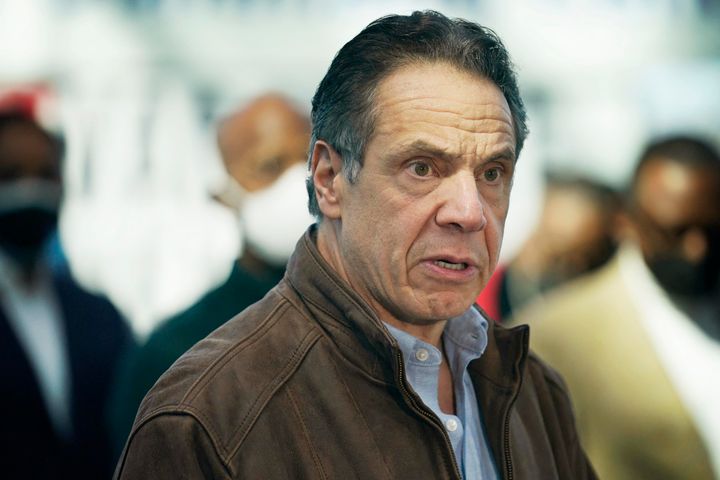 Cuomo, who apologized last week for making people “uncomfortable,” said at a Tuesday press conference that he was not aware of any additional allegation.

“Obviously there are people who said after the fact they felt uncomfortable. Nobody told me at the time.”

Sexual harassment does not have to involve touching a person, nor is it up to the alleged harasser as to whether the conduct was appropriate. It is also common for employees to stay quiet about harassment by a boss, due to power imbalances and the potential for retaliation.

Five other women have also recently made allegations that Cuomo sexually harassed or acted inappropriately with them, four of which were the governor’s aides. The one woman who didn’t work in Cuomo’s administration, Anna Ruch, told The New York Times that the governor placed his hand on her bare lower back at a September 2019 wedding. When she removed his hand, she said, Cuomo brought his hands up to her face and asked if he could kiss her, to which she pulled away.

Karen Hinton told The Washington Post on Saturday that Cuomo called her into his dimly lit hotel and embraced her after a work event in 2000 when Hinton was a press aide. The Wall Street Journal also published a story on Saturday about an allegation by Anna Liss in which the former policy and operations aide said the governor asked if she had a boyfriend, touched her on her lower back and kissed her hand as she stood up from her desk.

A former Cuomo executive assistant and health policy adviser, 25-year-old Charlotte Bennett, alleged that the 63-year-old governor asked questions about her sex life, whether she was monogamous and if she had ever had sex with older men. And former state economic development official Lindsey Boylan first alleged late last year that Cuomo sexually harassed her multiple times from 2016 to 2018.

The sixth claim came one day after New York Attorney General Letitia James announced that she appointed two independent attorneys to lead the investigation into the sexual harassment allegations against Cuomo.

Former U.S. Attorney for the South District of New York Joon Kim and employment discrimination attorney Anne Clark “are both independent, legal experts with decades of experience,” James tweeted, adding that “there is no question they have the knowledge and background necessary to lead this investigation and provide New Yorkers with the answers they deserve.”

The sexual misconduct allegations against Cuomo are on top of a separate political scandal in which the governor is accused of covering up New York’s shockingly high COVID-19 death toll in nursing homes last year﻿. The FBI and the Justice Department’s office in Brooklyn announced last month that they were investigating Cuomo’s handling of the nursing home crisis.

The state legislature plans to strip Cuomo of the emergency powers it granted him at the beginning of the pandemic. The governor also faces mounting bipartisan calls for his resignation, though he has so far refused to do so.