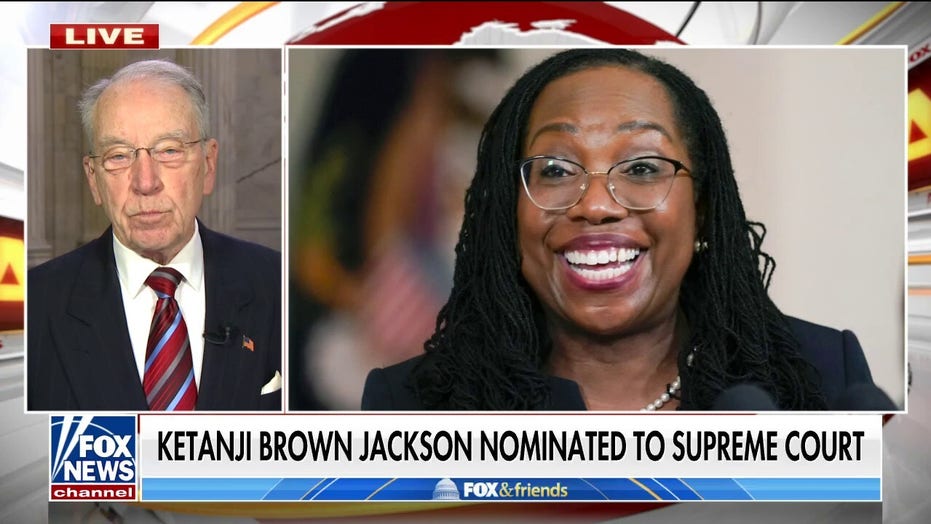 Ketanji Brown Jackson hearings won’t be ‘down in the gutter’ like with Kavanaugh: Sen. Grassley

Sen. Chuck Grassley, R-Iowa, says the GOP will be ‘polite’ to Biden’s Supreme Court nominee and vet her ‘properly.’

Sen. Chuck Grassley is calling for records related to Judge Kentanji Brown Jackson’s sentencing of child sex offenders ahead of her Supreme Court confirmation hearing next week, amid Republican claims she was overly lenient to child pornographers — a charge that the White House is branding a “debunked” and “desperate” conspiracy theory.

“Judge Jackson’s history of sentencing below guidelines, particularly in cases involving child exploitation, raises legitimate questions about her views on penalties for these crimes,” Grassley, ranking Republican on the Senate Judiciary Committee, said in a statement on Saturday.

“This is exactly why I asked for her Sentencing Commission records – the same types of records the committee traditionally reviews when vetting a Supreme Court nominee,” he said.

Grassley said the records from the Sentencing Commission were being withheld and said that a full review could not properly be conducted without them. 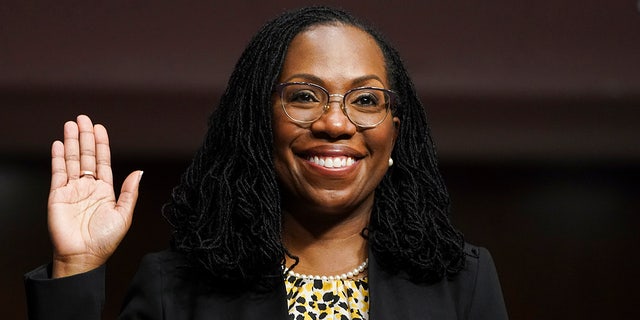 April 28, 2021: Ketanji Brown Jackson, nominated to be a U.S. Circuit Judge for the District of Columbia Circuit, is sworn in to testify before a Senate Judiciary Committee hearing on pending judicial nominations on Capitol Hill in Washington, DC.
(Photo by Kevin Lamarque-Pool/Getty Images)

Hawley laid out evidence for what he said was a consistent theme of Jackson both calling for more lenient treatment of some sex offenders and deviating from federal sentencing guidelines in favor of child sex offenders.

In particular he said that, when serving on the U.S. Sentencing Commission, Jackson “advocated for drastic change” in a report on mandatory minimums for those engaged in child pornography.

It’s a series of claims that led to pushback from media fact checkers — which Hawley himself has issued a response to — and blistering criticism from the White House.

White Houe spokesperson Andrew Bates on Saturday took aim at both Hawley and Grassley in a statement to Fox News Digital, in which he noted that the Sentencing Commission recommendations were from a bipartisan panel that included Trump-era pick Dabney Friedrich.

“Josh Hawley’s desperate conspiracy theory has been conclusively debunked by multiple fact checks in the press, including the Washington Post, the AP and CNN,” he said. “What’s more, Senator Grassley – in addition to every other Senate Republican – voted to confirm one of the Republican signers of the same unanimous, bipartisan sentencing commission report when Donald Trump nominated her in 2017.”

Bates also dismissed calls for further document releases, saying that the sentencing commission’s work “is almost entirely in the public record, and Judge Jackson has already provided thousands of documents on top of that.” He also pointed to comments Grassley made during then-Judge Brett Kavanaugh’s confirmation hearings that were dismissive of Democratic document requests.

The Republican concerns center on both what Jackson has said, and how she has ruled. An analysis by Senate Judiciary Republicans of Jackson’s record, reviewed by Fox News Digital, pointed to comments she made in 1996 in which she showed skepticism toward notifying communities of sex offenders in their midst.

“Community notification subjects exconvicts to stigmatization and ostracism, and puts them at the mercy of a public that is outraged by sex crimes. Civil commitment sacrifices a fundamental right – freedom – indefinitely, based solely upon unreliable assessments of the convict’s predilection to commit future sex crimes,” she wrote as a law student. 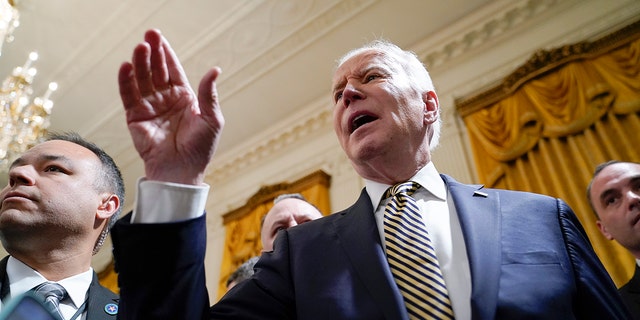 The analysis by Judiciary Republicans found also that as a judge, she routinely handed out light sentences, but was especially lenient in child pornography cases. On average, Jackson’s sentencing was just over three years below the sentence requested by government prosecutors, and approximately five years below the bottom of the applicable sentencing guidelines range, the analysis found.

CNN’s was a number of fact checks to claim that sentencing guidelines are widely seen as out of date by the judicial community, in part due to technological changes that meant the guidelines failed to differentiate among offenders in terms of culpability and threat. In one 2010 survey of federal judges, 71% said that mandatory minimum for receipt of child pornography was too high.

More broadly, the White House has repeatedly rejected the implication that Jackson was outside the judicial consensus on the matter. 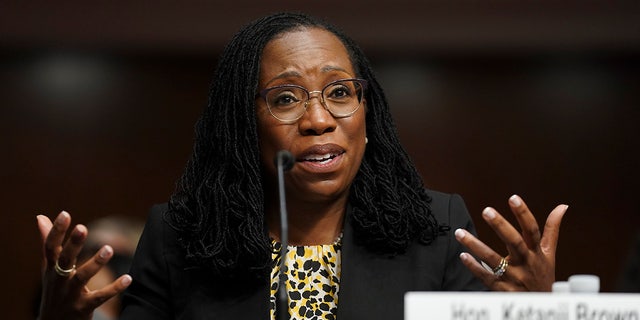 WASHINGTON, DC – APRIL 28: Ketanji Brown Jackson, nominated to be a U.S. Circuit Judge for the District of Columbia Circuit, testifies before a Senate Judiciary Committee hearing on pending judicial nominations on Capitol Hill, April 28, 2021 in Washington, DC. The committee is holding the hearing on pending judicial nominations.
(Photo by Kevin Lamarque-Pool/Getty Images)

“95 percent of the decisions with which she was involved as a commissioner were bipartisan,” Bates said. “In the overwhelming majority of her cases involving child sex crimes as a judge, the sentences Judge Jackson imposed were consistent with or above what the government or U.S. Probation recommended. Judge Jackson has been endorsed by some of the most respected retired conservative judges in the country, leading law enforcement organizations, and victims of crime.”

In a sign of how both sides were casting Jackson’s records, the Republican analysis found that in the 14 sex crime cases reviewed (including nine involving child pornography), in ten of those cases she sentenced at levels below the recommendation of government prosecutors — while the White House instead noted that in nine of the same cases she imposed sentences at either the same or above the level recommended by the U.S Probation’s Office.

The back-and-forth between Republicans and the White House comes just days before Jackson’s confirmation hearings, and sees likely to continue, with Sen. Mike Lee, R-Utah having accused the White House of a “whataboutist response to Judge Jackson’s very real record in child pornography cases” that he called “dismissive, dangerous, and offensive.”

Three Republicans voted to confirm Jackson to her current position in 2021. However, even if no Republican were to vote for Jackson in the 50-50 chamber, Democrats have enough votes to confirm her down party lines (with Vice President Kamala Harris acting as a tie-breaker) if all Democrats vote for her.

Fox News’ Kelly Laco and The Associated Press contributed to this report.