Home » Politics » Greg Gutfeld: How does everyone know the right thing to do, except the people in charge? 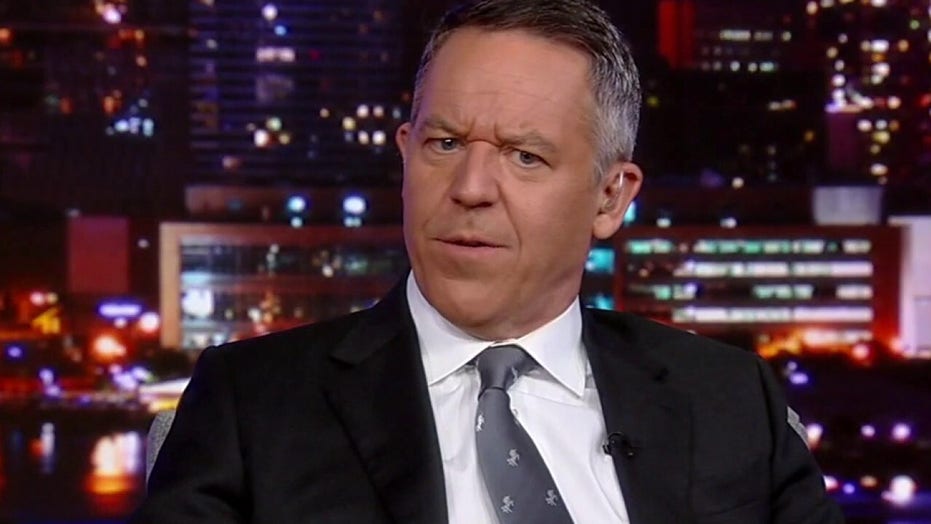 Gutfeld: How can we call the Taliban backward?

Jeez, did I say soft? Sorry about that. That was as soft as Chris Cuomo’s skull—meaning not soft at all.

You know I should really watch these tapes before I do the show, instead of doing shots of hand sanitizer with Kat. And, America: don’t say I told you to drink hand sanitizer — say Kat did.

Let’s have another taste.

*Another clip of the Trump political ad*

Boy, much like the Wahlberg parents, I fear that will leave a “mark.” For it says what everyone outside the media thinks. That Joe’s a human teabag — always in hot water.

We saw yesterday’s horrible speech. It had the intimidating power of a refrigerator magnet. It was as inspirational as the list of side effects in a drug commercial. As energizing as eating a pound of pasta, after a stack of pancakes, and chasing that with a fistful of Xanax.

He answered fewer questions than the Taliban, and split faster than Stelter’s pants on donut day. 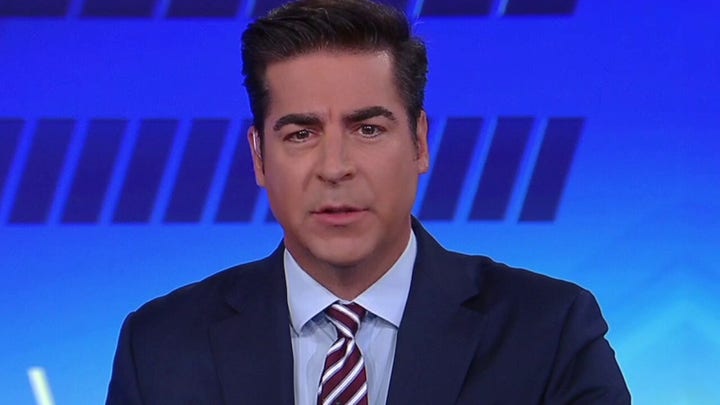 And while all minds were on Afghanistan, what did Biden lead with? The progressive’s greatest hits. Aimed at us, not them.

Joe Biden, Tuesday: “Today’s vote in the house allowed them to consider my build back better agenda, a broad framework to make housing more affordable // Provide two years of free, universal, high-quality pre-k and two years of free community college. // Making infrastructure more resilient to climate, to the climate crisis and so much more. // I also want to thank everyone who voted to support the John Lewis voting rights act. You know, advancing, it’s an act to restore and expand voting protections, to prevent voter suppression, and to secure the most sacred of American rights, the right to vote freely, right to vote fairly, and the right to have your vote counted.”

So you got free stuff, which at least didn’t go to the Taliban.

Still, it’s sort of like when your wife gives you a crappy Christmas gift bought with your money. Sorry, our money. Except here, it leads to inflation and unemployment.

We got voter suppression — without any evidence it exists. We got climate change — which must be good news for the Taliban!

According to Newsweek, the Taliban is vowing to fight global warming too, which, I don’t doubt. Everybody agrees one cause of climate change is overpopulation. And you can argue no one has done more to bring the number of people on this planet down than the Taliban!  At the rate they kill people, carbon emissions won’t be a problem in a couple of months. 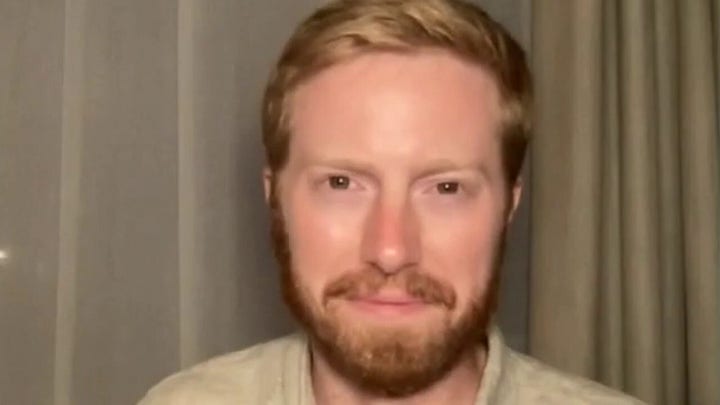 But that’s the thing with Joe’s pressers. Does he ever have an answer, or does he just play with this “wheel of excuses?”

Tom Shillue as Joe Biden:  This is how we get ready for a press conference. Here we go. You have to ask Jen Psaki. She’s good. She’s good. Look, I inherited this thing, all right? Not enough people are wearing their masks. That was like four or five days ago. Come on, man! Ask that again but just change the words. Just walk away. What does that mean? That’s me. I’ve got to just walk away. Here we go. Just sort of walk away–this is the easy part.

The weirdest thing: how everyone else knows the right thing to do, except the people in charge. I get it — there’s no such thing as a clean solution, but the execution began with a flawed premise.

The prison of two ideas: stay forever or get out.  Sounds a lot like marriage.

But you could have redefined the mission. The way a football coach makes adjustments at halftime or in this case late in the 4th quarter.

You could have left the place in the right order: American citizens, allies, then troops. Seriously, how can we call the Taliban backward, when everything we did was backward?

You could have blown up all the stuff, so we didn’t build them a new army free of cost. I believe that’s on page two in “how to win a war” for dummies. 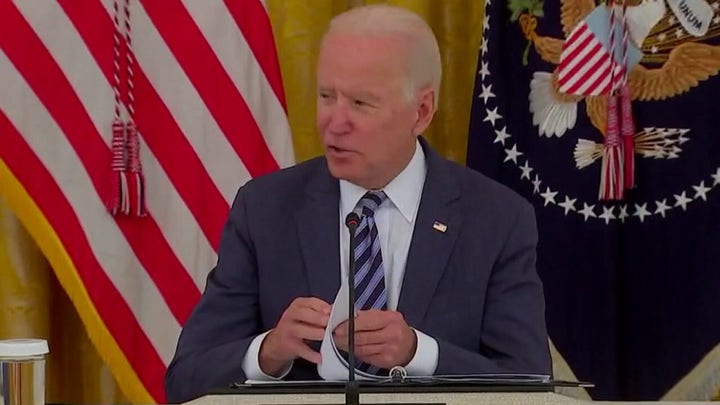 Joe effed it up, just like Obama and Osama said he would. Like he’s effed up everything.

Remember when Biden said “the likelihood there’s going to be the Taliban overrunning everything and owning the whole country is highly unlikely?” Joe Biden probably doesn’t remember saying that.

So it’s not the decision to leave that’s the problem. It’s that we elected someone who couldn’t preside over the changing of his socks, much less the changing of a government. Fifth graders could beat him in a game of Risk.

But we can’t blame him. He never hid his incompetence. The guy was the epitome of the inside-the-beltway sponge, soaking up the perks. He was more “for sale” than TV’s before the Super Bowl.

No — the blame goes to the media. Who papered over his bottomless incoherence. Who pretended there was nothing weird about a candidate who barely campaigned from his basement. Who buried the Hunter Biden laptop story. Who portrayed Trump as the real unstable one.

This from deep state geniuses who are right less often than a college football player on the SATs. 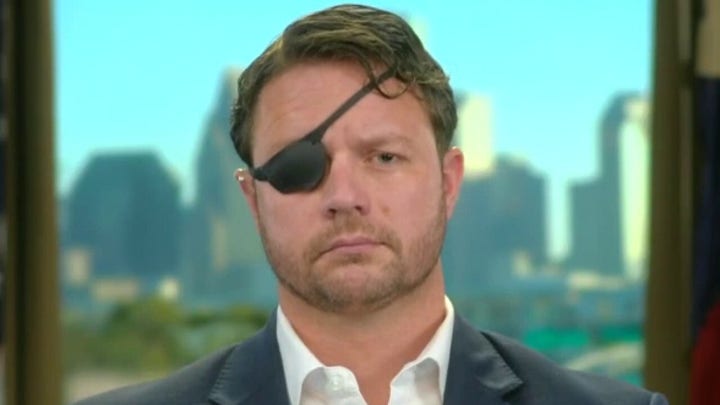 You know, I’m not sure if I can even blame the Afghan president for cramming. Lacking faith in Biden, versus knowing what the Taliban will do… What’s your choice?

Obviously, the biggest bonehead move of all is thinking the government could hold off the Taliban for months. I mean – why fight when the guy backing you up has less job security than an incoming host of “Jeopardy?” How did they miss that, when it was as obvious as the wig on Brian Kilmeade’s head?

So it comes down to one word: accountability. We need to account for the corruption as well as the incompetence. We need to ask how they came to this “strategy.”

Maybe none of them scoffed at it and they were lying to us all along.

So now we’ve abandoned thousands of allies. Something I couldn’t see Trump doing. Oddly, being “America first” often has the secondary effects of helping those who help us.

That’s right, media: the guy you called Hitler for 4 years had more compassion than any of your dumb ideas of the last decade.

So instead we went from America first, to Biden’s “America’s worst.” It’s no “build back better,” just more accurate.

This article is adapted from Greg Gutfeld’s opening monologue on the August 25, 2021 edition of “Gutfeld!”