Sen. Roger Marshall, R-Kans., discusses gun ownership following the deadly shooting at a Texas elementary school and helping migrants at the southern border who were suffering from heat exhaustion.

A woman who was shot earlier this year in an attack on a New York City subway is suing the manufacturer of the gun used in the crime, claiming the injuries she suffered were "a direct" result of the company's marketing and sales tactics.

Ilene Steur was one of ten people shot of the 29 injured when a suspect opened fire on a train in Brooklyn on April 12. Prosecutors say the alleged perpetrator, Frank James, used a Glock 17 pistol in the incident, and that he purchased the handgun legally from an Ohio pawn shop in 2011. 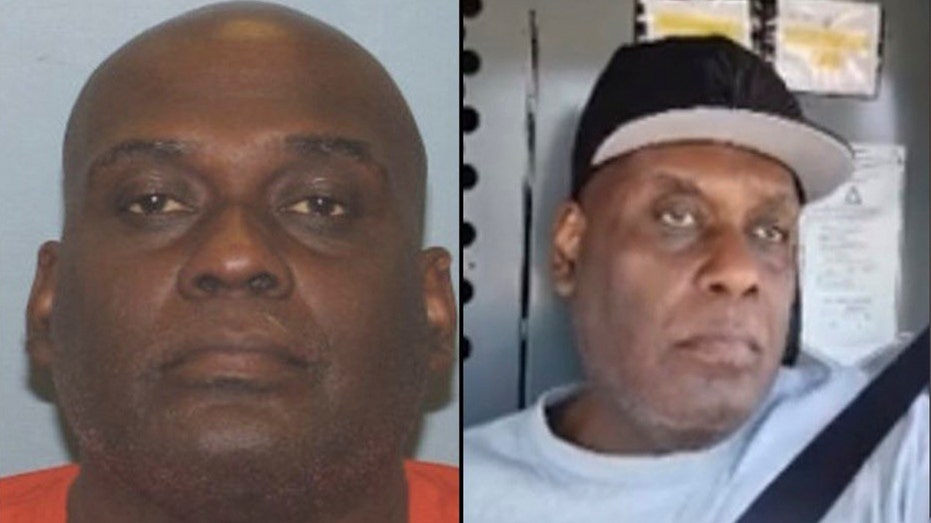 This image provided by the New York City Police Department shows a Crime Stoppers bulletin displaying photos of Frank R. James, who has been identified by police as a suspect in the Brooklyn subway shooting, in New York, Tuesday, April 12, 2022. (Cou (Courtesy of NYPD via AP / AP Newsroom)

In a lawsuit filed this week, attorneys for Steur argue that Glock, Inc. and its Austria-based parent company should be held responsible for the attack, claiming that the gunmaker's business practices have amounted to "public nuisance" in the state of New York.

The suit hinges on the legitimacy of a New York state law passed last year that opened the door for anyone to take legal action against a gun manufacturer, using the argument that the product creates a "public nuisance." A press release from then-Gov. Andrew Cuomo said at the time that the legislation "will allow for lawsuits to be brought in cases where reasonable controls and procedures are not in place, ensuring that responsible manufacturers and dealers will not be held accountable for the actions of criminal actors."

Gun manufacturers and Second Amendment rights groups challenged the law claiming it was unconstitutional and vague, but a federal court upheld it last week.

Now, Ms. Steur's lawyers are trying to make the case that Glock's marketing has been unreasonable.

The filing states that Glock's marketing "emphasizes" their guns "high capacity and ease of concealment, that appeal to prospective purchasers with criminal intent, including but not limited to through advertisement, product placement in movies and rap music." 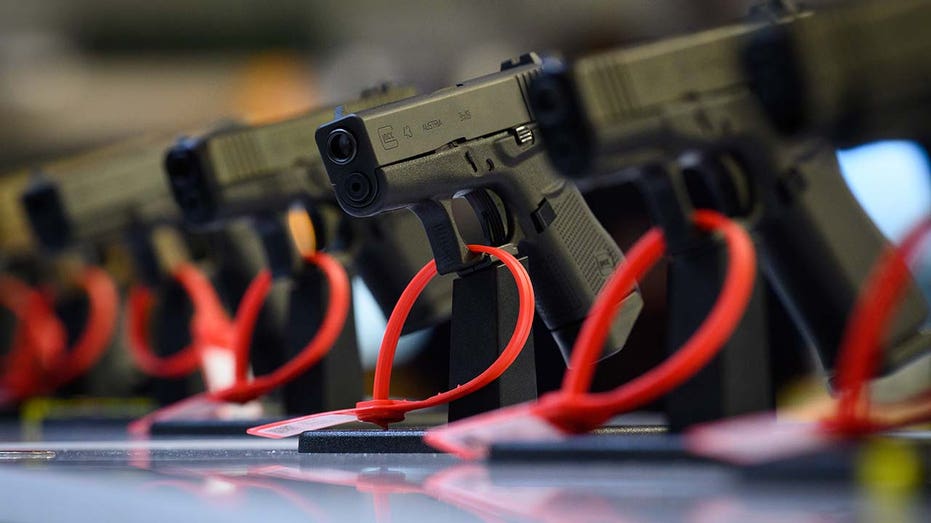 A row of Glock handguns are seen on day one of the DSEI (Defence and Security Equipment International) exhibition at ExCel on September 14, 2021 in London, England.  (Photo by Leon Neal/Getty Images / Getty Images)

Glock is a standard issued firearm for law enforcement agencies across the U.S. and internationally, and the lawsuit accuses the company of not only aggressive marketing to police departments since the 1980s but for marketing their guns to civilians, claiming Glocks are "unsuited to personal defense or recreation" and "enables an individual in possession of the weapon to inflict unparalleled civilian carnage."

According to the suit, Glock encourages law enforcement to turn in their used handguns for new ones, and then re-sells the used firearms commercially, purportedly causing harm.

It also claims Glock makes and sells "more firearms than legal purchasers can buy," and that the company "knowingly participate[s] in and facilitate[s] the secondary market where persons who are purchasers who have injurious intent obtain their firearms."

TUCKER: THEY ARE GOING TO TRY TO TAKE YOUR GUNS AWAY

Yet, as noted in the case of Frank James, the suspect in the Brooklyn subway attack, the gun was purchased legally. FOX Business asked whether this is more of a question for lawmakers than for placing blame on gun manufacturers.

"It's our position that [Glock's] marketing tactics or distribution strategies have created this appetite for purchasers whether they purchased the gun legally or not," said Sanford Rubenstein, one of the attorneys for Ms. Steur. "That created a public nuisance." 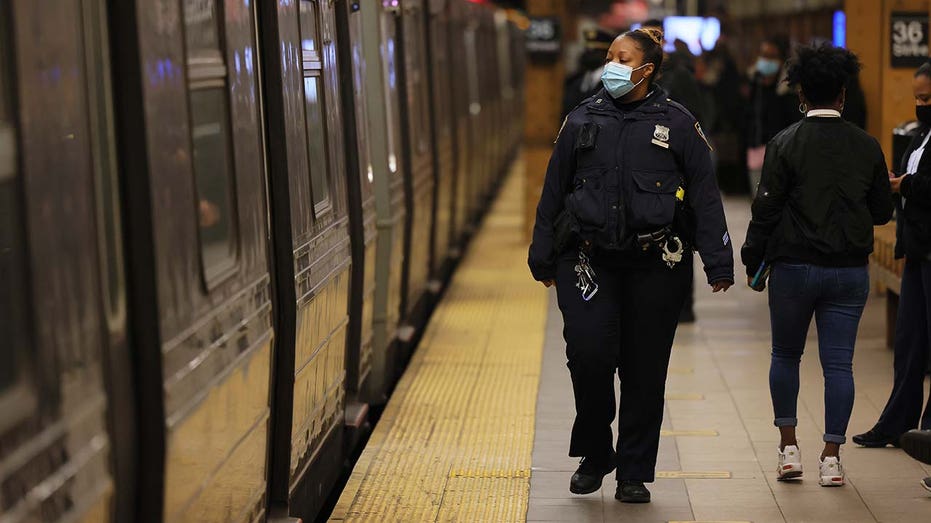 An NYPD officer patrols the subway platform at the 36 Street subway station on April 13, 2022 in the Sunset Park neighborhood of Brooklyn in New York City.  (Photo by Michael M. Santiago/Getty Images / Getty Images)

"At the end of the day, what we really need is Congress and the president to enact new legislation to stop the immunity gun companies have from damages to victims. That's what really needs to be done here," Rubenstein told FOX Business. "But I think an overhaul of the immunity statute that exists in Congress is not something that's going to happen in the near future, unfortunately."

When asked whether it was actually more responsible for Glock to focus its marketing on law enforcement rather than civilians, Rubenstein said of the company, "But they also oversaturated the market."

Rubenstein did not have an answer for what would be the appropriate amount of guns for Glock to sell, but said that is a number that might be found in discovery for the case.

Glock, Inc. did not respond to FOX Business' request for comment.