Home » Politics » Harris blasts Trump’s response to pandemic: ‘They knew what was happening and they didn’t tell you’

At the outset of Wednesday’s vice presidential debate, Sen. Kamala Harris went after the Trump administration’s handling of the coronavirus pandemic, calling it “the greatest failure” in U.S. presidential history.

“The American people have witnessed what is the greatest failure of any presidential administration in the history of our country,” Harris said on the debate stage at the University of Utah in Salt Lake City. “And here are the facts: 210,000 dead people in our country in just the last several months, over 7 million people who have contracted this disease, one in five businesses closed. We’re looking at frontline workers who have been treated like sacrificial workers. We are looking at 30 million people who in the last several months had to file for unemployment.”

Harris, a former prosecutor and state attorney general, then zeroed in on revelations by recordings made by Washington Post reporter Bob Woodward that President Trump purposefully downplayed the seriousness of the pandemic to the American people.

“They knew and they covered it up,” Harris continued. “The president said it was a hoax. They minimized the seriousness of it.” 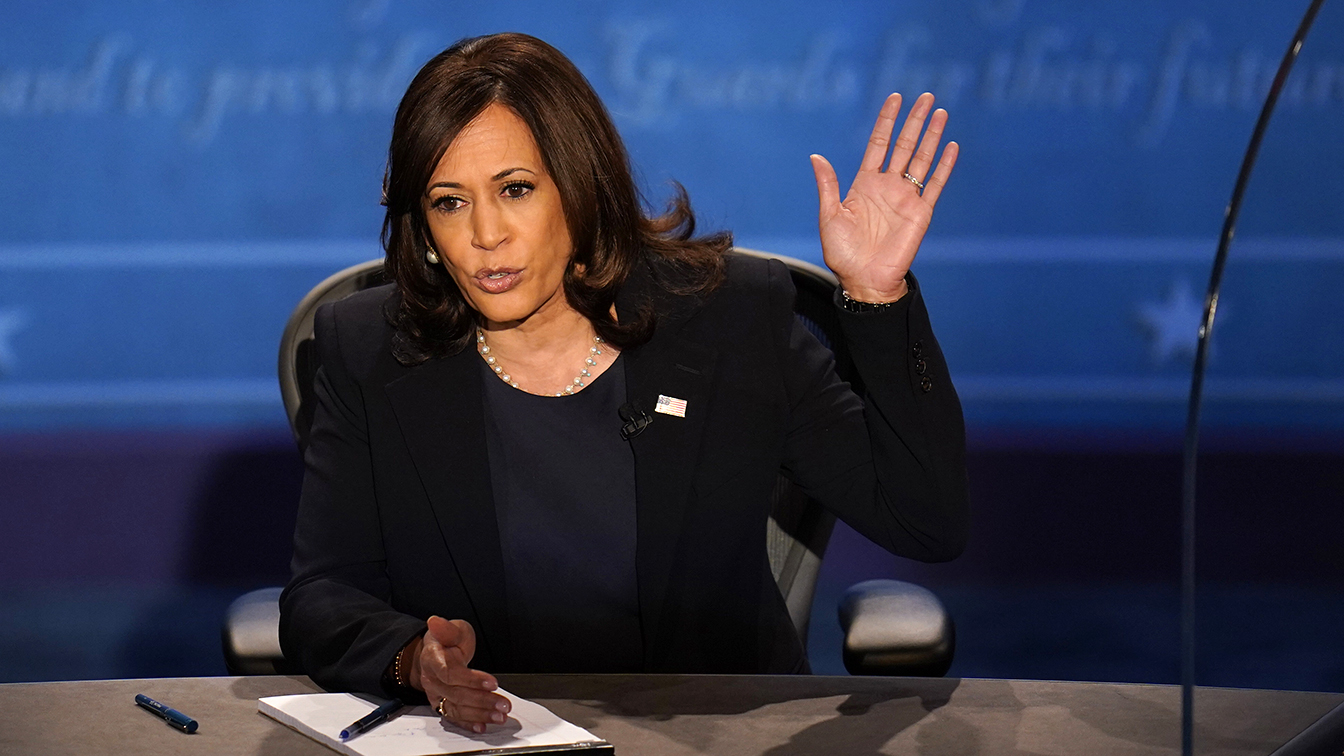 Pence, who Trump appointed in February to lead a task force to combat the spread of the coronavirus, was pressed by moderator Susan Page as to why the U.S. death toll as a percentage of population was higher than “almost every other wealthy nation on earth.”

“Our nation has gone through a very challenging time this year, but I want the American people to know that from the very first day President Donald Trump has put the health of America first,” Pence, who has often begun his remarks at task force briefings by praising the president, said.

“Before there were more than five cases in the United States, all people who had returned from China, President Donald Trump did what no other American president had ever done, and that was he suspended all travel from China, the second largest economy in the world. Now, Senator, Joe Biden opposed that decision. He said it was xenophobic and hysterical, but I can tell you having led the White House coronavirus task force that that decision alone by President Trump bought us invaluable time to stand up the greatest national mobilization since World War II and I believe it saved hundreds of thousands of American lives.”

When it was her time to respond to Pence, Harris said, “Whatever the vice president is claiming that the administration has done, clearly it hasn’t worked.”

“The vice president is the head of the task force,” Harris continued, “and knew on January 28 how serious this was, and thanks to Bob Woodward, we learned that they knew about it.”

When the moderator tried to get Harris to wrap up her answer and Pence interjected, Harris scolded him: “Mr. Vice President, I’m speaking.”