Home » Politics » Have your say: Has Boris won you back over? How is PM doing now? What must he do next? 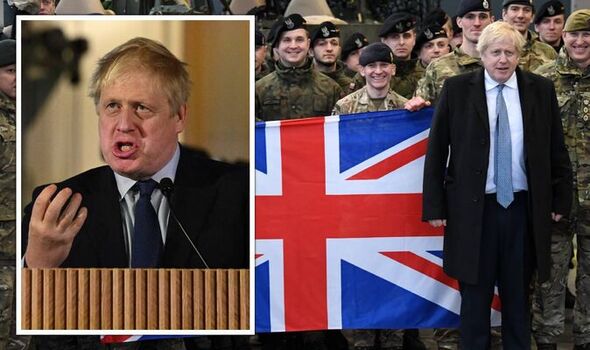 Prior to Vladimir Putin’s brazen invasion of Ukraine, Boris Johnson was mired in one of the biggest scandals to hit Downing Street since the expenses scandal – but you may have noticed the furore has died down as the world turns its attention to the horrors unfolding in Ukraine.

Mr Johnson has brought a stream of sanctions on Russia, targeting oligarchs and Russian banks, and has most recently announced that the UK will end Russian oil imports by the end of 2023.

Key issues for Brits may have fallen out of the general interest for some: resolving partygate, Brexit, the coronavirus pandemic and the rising cost of living have all taken a backseat as the disaster continues.

Coronavirus legal restrictions may have ended in England and are coming to an end in other UK countries, but the virus is still in circulation throughout the country and cases have surged – with 212 deaths reported on Monday.

Negotiations around the Northern Ireland protocol are continuing between Foreign Secretary Liz Truss and her EU counterparts – but talks were delayed due to the Ukraine – Russia war.

To boot, the cost of living crisis is predicted to get worse as the Prime Minister ends reliance on Russian oil and gas – a move that some analysts believe could push the UK into a recession – and there is pressure on Mr Johnson to use fracking to make up the shortfall of gas that is a likely result.

The partygate probe by the Met Police continues, albeit under the radar – but the findings are still expected to be significant when published.

So, has Boris won you back over with his response to Ukraine? How is PM doing now? What must he do next to resolve the UK’s various problems?