Home » Politics » Have Your Say: Is Oliver Dowden right? Is Boris wrong man to lead the Tory Party? 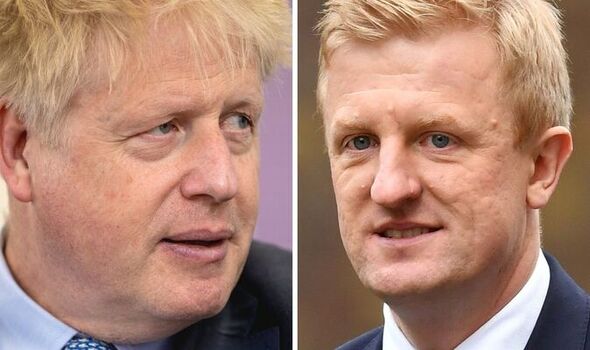 The Conservatives lost a 24,000 majority in Tiverton and Honiton to the Lib Dems who turned the seat yellow for the first time since it was created in 1997.

And a victory in Wakefield helped Sir Keir Starmer present his party as a government-in-waiting with national polls giving Labour a clear lead over the Tories.

Oliver Dowden stepped down as Chairman of the Tory Party following the disastrous results and placed the blame firmly at the Prime Minister’s door.

He wrote to Mr Johnson: “We cannot carry on with business as usual. Somebody must take responsibility and I have concluded that, in these circumstances, it would not be right for me to remain in office.”

Both Wakefield and the Tiverton and Honiton area voted to leave the EU in 2016 and and returned Tory MPs in the 2019 general election, contributing to the Prime Minister’s strong 80-seat majority.

But Mr Johnson appears to be losing his way with voters as the fallout from partygate and the cost of living crisis takes its toll.

And losing a safe seat like Tiverton and Honiton will cause panic among Tory backbenchers who failed in a bid to get rid of Mr Johnson earlier this month.

However, the Prime Minister did win the backing of most of his party in the no confidence vote and he has vowed to stay in office until the public decide otherwise.

So, is Oliver Dowden right or is Boris the right man for the Tories?