Home » Politics » Have your say: Should all nations have a say in the future of the UK?

In the SNP’s first independence referendum in 2014, the Scottish people decided their future would be better in the UK.

But Nicola Sturgeon won’t back down and is once again trying to send Scottish voters to the polls to vote on whether they would like to become a separate country.

And the SNP is not the only political movement in Britain trying to break up the UK and declare independence.

In Wales and Northern Ireland, separatist movements exist and have used the prospect of Scottish independence to build support for their own campaigns. 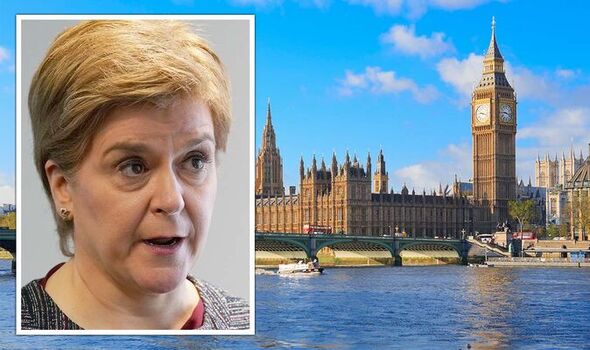 Petitions have even been launched to hold a vote on English independence from the UK, picking up thousands of signatures with little to show for it.

After the division of Brexit in 2016, regional inequalities have continued to get worse, with think tanks such as Centre for Cities highlighting the “substantial” economic disparities among the different regions of the UK in a 2021 report.

In July, Boris Johnson rejected Ms Sturgeon’s bid for a fresh independence referendum, but more people across the UK have been left wondering what the benefits of UK membership are.

So, should all four nations of the UK have a vote on whether they want to remain one country?