Home » Politics » Have your say: Would you axe parts of Brexit deal? Even if it meant a trade war with EU? 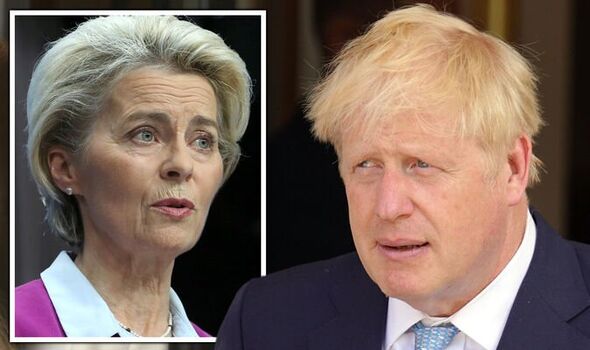 Conservative ministers will attempt to pass through controversial landmark legislation designed to override the UK’s international agreement with the EU this afternoon.

Today, MPs will debate and vote on the draft bill that would change these rules without the bloc’s say – potentially breaking international law.

The plans have prompted the EU to launch legal action against the UK as it anticipates the bill’s initial passage today.

The EU Commission has chosen to resume previous disputes and launch two new ones that could demand significant financial penalties from Mr Johnson’s Government.

Continued pursuit of its current track could see the bloc double down, causing a trade war at a critical juncture, with many Britons already struggling as the Tory Government presides over the lowest growth in the G7.

So would you axe parts of the Brexit deal? Even if it meant a trade war with the EU?