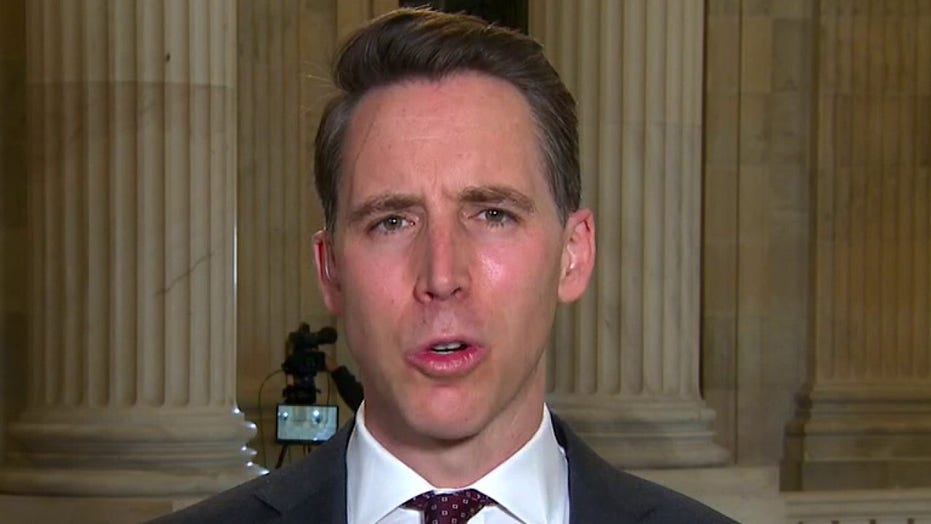 Sen. Josh Hawley, R-Mo., who has come under fire for his support of President Trump’s efforts to overturn the election results, dismisses the impeachment trial as a ‘kangaroo court.’

Missouri Republican Sen. Josh Hawley tore into the Trump impeachment proceedings in the Senate as a “kangaroo trial” as Democrats continued their case against the former president on Thursday.

“It is totally unconstitutional and it is incredibly selfish on the part of the Democrats who are pursuing their own personal political vendettas here,” Hawley said in an interview with Fox News’ Harris Faulkner.

He added, “This is a total kangaroo trial.”

CAN THE SENATE STOP TRUMP RUNNING FOR PRESIDENT AGAIN?

The House impeachment managers appointed by House Speaker Nancy Pelosi have their final opportunity to lay out their case against Trump on Thursday. The proceedings began at midday and the managers have up to eight hours to conclude their case. It is unknown whether or not they will use all of their allotted eight hours, but Trump legal team’s will be given their turn to defend the former president after they wrap.

Trump’s legal team has been arguing this week that the impeachment of a former president is unconstitutional. Hawley said in the interview, “The Constitution does not permit them to do what they are trying to do.”

IMPEACHMENT TRIAL: HOW MANY SENATE VOTES DOES IT TAKE TO CONVICT TRUMP?

“You’re not going to get anything but condemnation from me for what happened with those criminals at the Capitol on Jan. 6, but that doesn’t make the trial any more legitimate than it is, which is totally illegitimate — no basis in the Constitution,” Hawley said.

To win a conviction, Democrats would likely need at least 17 Republican senators to join all 50 Democratic senators to vote to convict. But that appears unlikely as the majority of GOP senators have come out against the constitutional basis of the trial.