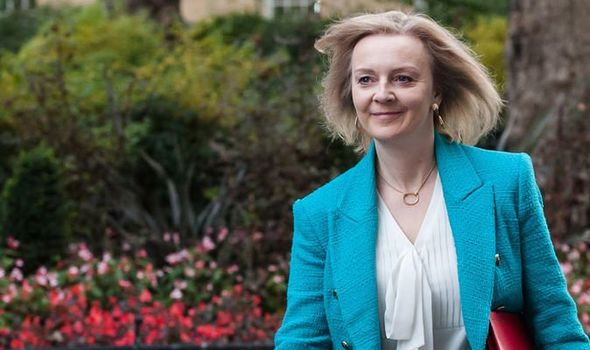 The UK’s plans to join the Comprehensive and Progressive Agreement for Trans-Pacific Partnership (CPTPP) were given the go-ahead today following a meeting of the group’s commission.

CPTPP is made up of 11 countries and is one of the fastest-growing trading blocs in the world.

International Trade Secretary Liz Truss has made joining the group a central aim for her department in 2021 and announced the UK was formally submitting its request to join on January 31, exactly 12 months after leaving the EU.

The bloc counts Japan, Canada and Australia among its members, with 95 percent of tariffs being slashed on trade between nations in the group.

“The commencement of an accession process with the United Kingdom and the potential expansion of the CPTPP will send a strong signal to our trading partners around the world,” the 11 member countries said in a statement.

Japan’s economy minister Yasutoshi Nishimura hailed the decision to progress as a momentous moment in relations between the two countries.

He said: “I think there’s a big meaning to this from a strategic viewpoint of strengthening economic relations between Japan and the United Kingdom.”

Meanwhile, Australia’s trade minister, Dan Tehan, said the UK’s accession would be to the benefit of the bloc.

“The economic and strategic heft of the CPTPP will be strengthened through the accession of high quality, high ambition economies,” he declared.

Ms Truss welcomed the development and said plans on the UK’s position would be presented to MPs ahead of negotiations.

She said: “Excellent news that CPTPP nations have agreed the United Kingdom accession process will commence to join this dynamic free trade area of 11 countries.

“We’ll present our plans to Parliament in the coming weeks before starting negotiations.”